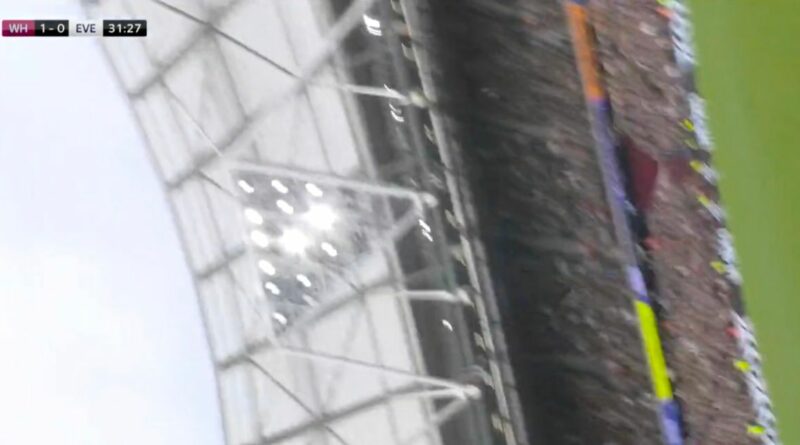 A cameraman at the match between West Ham United and Everton was sent tumbling to the ground like he had been 'shot by a sniper'.

The incident occurred after Aaron Cresswell's perfectly placed free-kick had given the Hammers the lead in the 32nd minute against their relegation-threatened opponents.

As the cameraman moved along the touchline to film the West Ham players celebrating the goal he appeared to collide with the linesman.

This sent him tumbling to the ground in dramatic fashion, with an alternate camera angle showing him stumble before falling onto the turf in the background of the celebrations.

Viewers could even see the fall from the camera operator's perspective as footage from his camera was broadcast before cutting to a different angle once he hit the deck.

Fans were quick to take to social media to react to the cameraman's accident, with one tweeting: “Cameraman taking a tumble in the background.”

Another joked: “Yo, @SkyFootball was this cameraman done by a sniper??”

Will West Ham United finish in the top four this season? Let us know in the comments section below.

A third viewer added: “Please tell me there is a video of the Sky cameraman running into the linesman when West Ham scored.”

Another fan also tweeted: “Dangerous job being a cameraman at West Ham!”

David Moyes' side were able to hold onto their lead until half-time but were pegged back shortly after the interval with Mason Holgate's deflected volley pulling Everton level.

Jarrod Bowen then restored the home side's advantage just five minutes later, before Everton's afternoon got even harder as Michael Keane was sent off in the 65th minute.

Victory for West Ham lifts them up to fifth in the table ahead of Tottenham Hotspur's clash with Newcastle United later on Sunday.

They have also reduced the gap to fourth place Arsenal, who play Crystal Palace on Monday night, to just three points, with the three sides in fifth, sixth and seventh all currently level on 51 points. 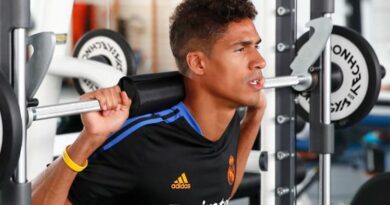 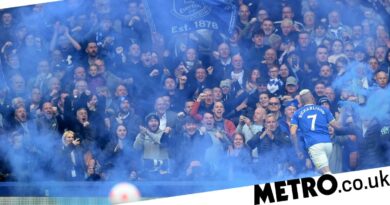