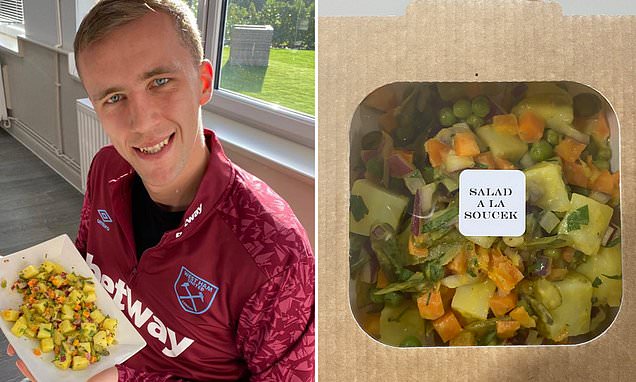 Tomas Soucek was handed a special surprise by the canteen staff at West Ham after he revealed he is used to eating ‘potato salad in the Czech Republic’ during their Christmas break.

The midfielder – who is spending his first winter in England after signing for Hammers in July – was served a potato salad named ‘Salad A La Soucek’ before training on Wednesday.

Soucek took to social media share the hilarious images of the salad and express his delight at the ‘surprise’ the canteen staff had arranged. 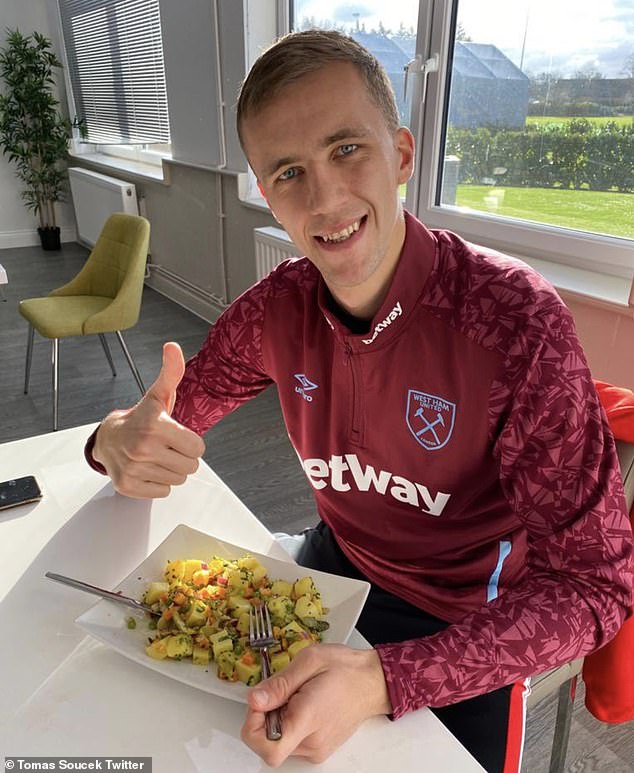 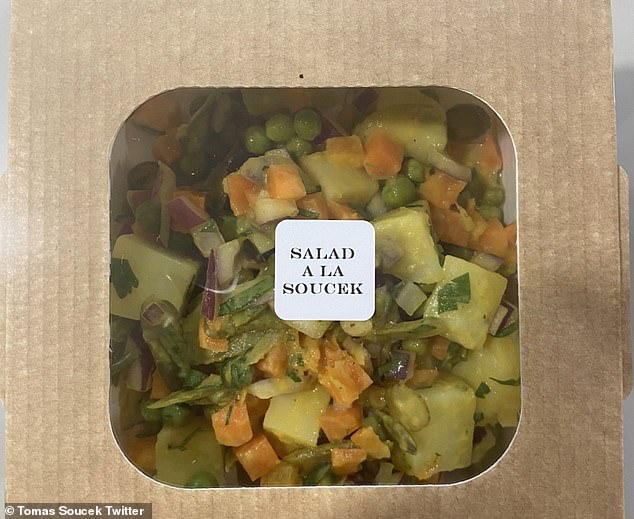 Soucek shared three images of the traditional Czech meal on Twitter with an accompanying caption that read: ‘What a surprise at the canteen today’.

The staff’s decision to present Soucek with a potato salad came off the back of the midfielder’s post-match interview following West Ham’s victory over Everton.

Soucek told BT Sport: ‘It was hard for me (playing at Christmas) for the first time in my career. Normally I have three weeks off and I eat potato salad in the Czech Republic but it’s fine.

‘I love playing football at Christmas time and we had three difficult games in six days so it is really good that we get three days off (now).’ 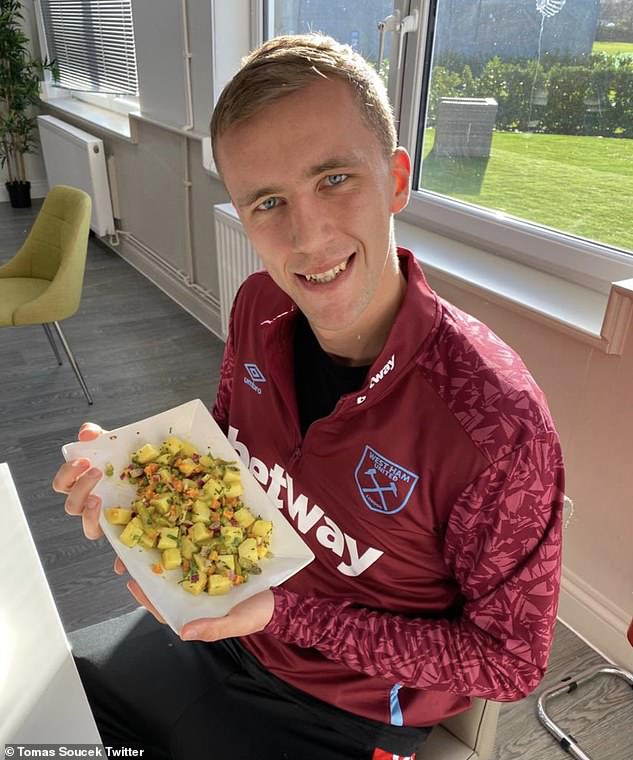 The Czech Republic star has hit the ground running since joining West Ham for £19million from Slavia Prague earlier this year.

Soucek scored the winner against Everton on Friday evening to give the Hammers a first win in five games.

Soucek said that his team-mates showed immense spirit and deserved to leave Goodison Park with all three points.

He said: ‘I think that we created more chances and got in good spaces, but they kept more of the ball. The goal was deserved, we showed our spirit as we wanted to win all of the 90 minutes. 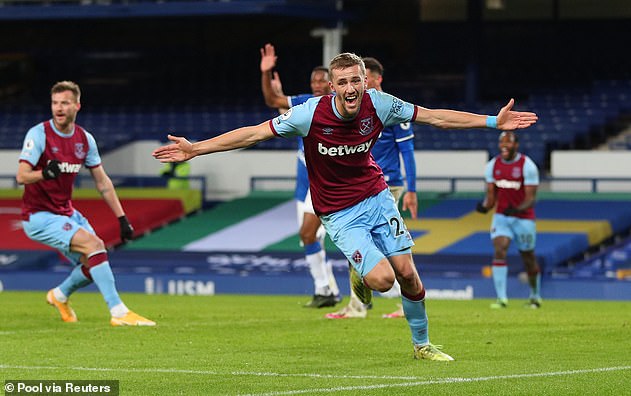 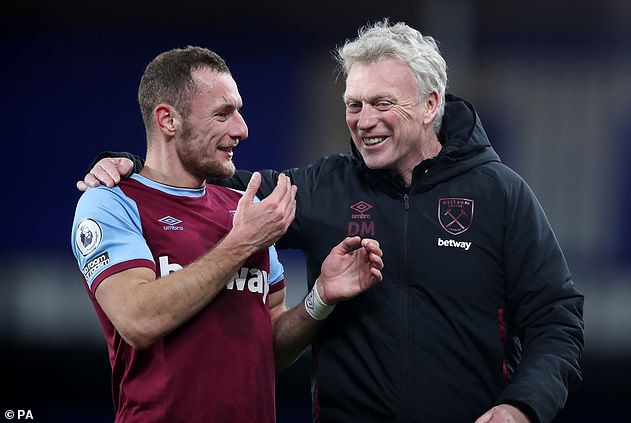 When asked about the Czech midfielder, manager David Moyes told BT: ‘He’s been very important. He’s played better than tonight but he keeps coming up with the goals.

‘We had some really good performers and, look, Everton had a chance to go second tonight so to make sure we got something was important.

‘To come to Goodison and get three points and play as well as we did (was good). We played a good professional job.

‘The players have played three games in six days! Great credit to them and the way they went about it.’