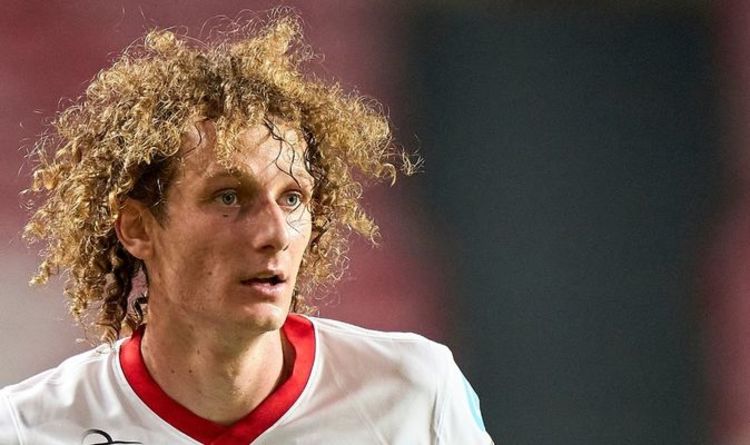 West Ham are looking into a late deal to sign Czech Republic international Alex Kral. The curly-haired midfielder, who currently plays for Spartak Moscow, is represented by the same agent as Hammers duo Vladimir Coufal and Tomas Soucek.

Express Sport reported back in May, the Irons were in talks to sign Kral ahead of the European Championships but a deal failed to materialise.

The player’s reps flew to England for discussions with the Hammers and talks were held over a £14million deal.

West Ham were hesitant but now the move is being re-explored ahead of tonight’s transfer deadline.

Kral came through the ranks at Teplice before also joining Slavia Prague. He was then snapped up by Spartak Moscow after just eight months in the Czech capital and is now a regular for the national side.

Sky Sports’ Dharmesh Sheth is now reporting that West Ham are looking into a late deal as they look to strengthen their squad ahead of the deadline.

David Moyes has had a tough time trying to strengthen his squad this summer and a number of deals have proved difficult despite a series of negotiations.

Fiorentina’s Nikola Milenkovic came close to signing before a deal was struck with Chelsea for Kurt Zouma.

The Croatian international has starred out on Russia for CSKA Moscow and is now hungry to prove himself in the Premier League after a rough ride with the Toffees.

West Ham confirmed the £26m deadline day acquisition this morning and more could yet follow.

Moyes said on the capture of Vlasic: “I am delighted to welcome Nikola to West Ham United.

“I have been watching Nikola improve over recent seasons – he has got a good goals and assists record during that time. He is also a Croatia international with experience and still being only 23, I feel there is more to come from him.

“I was really impressed with how determined Nikola was to become a West Ham player. It’s that hunger and ambition that fits with what we are trying to build here at the club.”