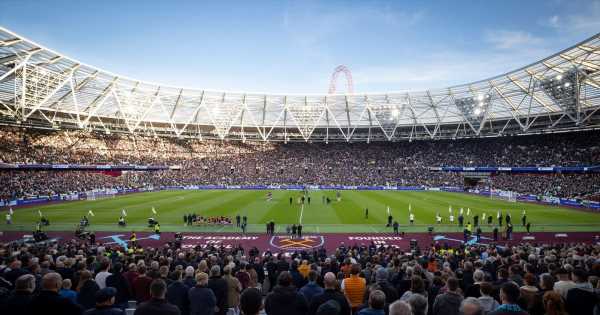 West Ham star Alphonse Areola is among a select group of stars to have won the World Cup without playing a single minute for his country.

Areola, who has made 29 appearances for the Hammers since moving to the London Stadium from Fulham in 2021, was a member of France's victorious squad at the 2018 tournament in Russia.

As the country's third-choice goalkeeper for the competition, Areola was never likely to get much time on the pitch, especially with Hugo Lloris and Steve Mandanda ahead of him. And having not been capped for France before the World Cup, it meant he won the tournament without having played a single minute for France.

However, that didn't stop the 29-year-old from joining in the celebrations on the pitch after the final whistle at the Luzhniki Stadium following France's 4-2 win over Croatia.

Should you get a medal if you don't play in the tournament? Let us know in the comments section.

Areola danced around the pitch with the rest of his France team-mates, including Antoine Griezmann, Paul Pogba and Kylian Mbappe, as they celebrated a first World Cup win since 1998.

When the team returned to Paris, the former PSG man then planted a huge smacker on the trophy as celebrations continued outside the Elysee Presidential Palace. He was also pictured with French president Emmanuel Macron.

Areola has since made five appearances for France and could be holding the World Cup aloft once more next month after being included in Didier Deschamps' squad for the 2022 tournament.

France have retained the same three goalkeepers that helped them to success in 2018, with Mandanda and Lloris also joining Areola in the Middle East.

However, Les Bleus' preparations haven't gone completely to plan after a spate of injuries hit the camp. Pogba, N'Golo Kante, Presnel Kimpembe, Christopher Nkunku and Karim Benzema will all be unavailable for France.

News of Benzema's injury filtered through on the eve of the tournament. "I am extremely sad for Karim, who made this World Cup a major goal," said Deschamps.

"In my life I never give up but tonight I have to think about the team like I always do," Benzema said. So the reason tells me to leave my place to someone who can help our team to make a great World Cup." 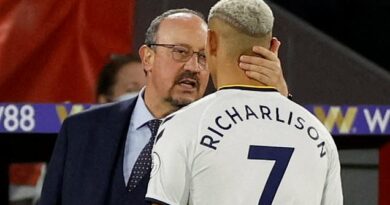 Richarlison admits Benitez was right to substitute him against Palace