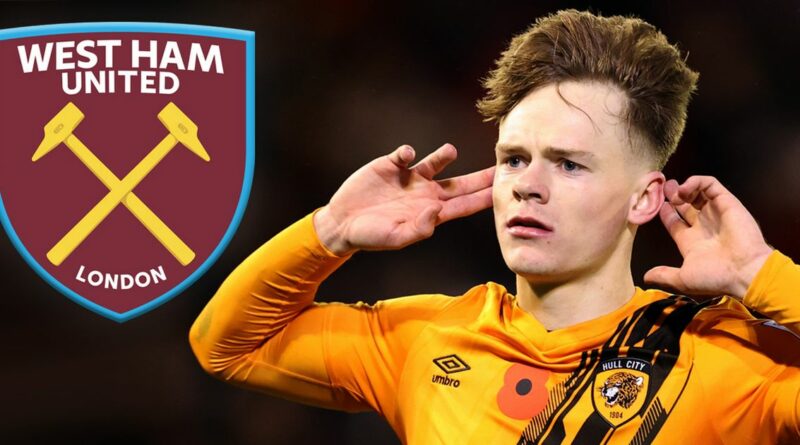 West Ham are looking to raid Hull again – this time for their rising star Keane Lewis-Potter.

The Tigers forward 21, enjoyed an excellent campaign in the Championship, rattling 12 goals for the Yorkshire outfit. That proved crucial in keeping Hull safe – and caught the attention of several top flight clubs, including the Hammers.

Irons boss David Moyes has personally checked up on Lewis-Potter and feels he has the potential to follow in the footsteps of Jarrod Bowen. The Londoners paid £18million for then-Hull winger Bowen in January 2020 and have since seen him develop into one of the country’s leading playmakers.

Many expect the Hammers ace, with 18 goals in 50 appearances this season, to be named in Gareth Southgate’s England squad for the first time on Tuesday. Despite avoiding relegation last season after finishing 19th in the second tier, Hull face a major battle to keep hold of Lewis-Potter once the summer window opens.

They value the English youngster at £15m and know that, even if West Ham opt to look elsewhere to boost their squad, there are other Premier League outfits waiting to pounce. Leicester are long-term admirers of Lewis-Potter, while Tottenham have also entered the equation. They have been keeping a close watch on his progress in recent months upon the recommendation of their former manager, David Pleat.

Meanwhile, Declan Rice has opened up on the chasm that midfielder Mark Noble will leave at the Hammers when he hangs up his boots. Rice first met Noble when he was just 14 and ahead of the West Ham legend's final game for the club spoke of his incredible presence around the club.

Who should West Ham sign this summer? Let us know in the comments section

"He's the man. He's the one that everyone goes to if you've got a problem," Rice told the club's website. "He's someone that you can trust, someone who is reliable. If you ask him for a favour, he will make sure that he tries to do his best to do it. Even when lads come in from other countries, it shouldn't even be his job to be trying to help them out, but he's helping them out, trying to sort things with their houses if they need anything. I think he's just so much more behind the scenes that people don't see.

“He's given me pointers on the training pitch, just small things football things like where if I don't pass the ball to him in a certain position where then he can play like one touch, he was pulling me on it and said ‘Pass the ball my right foot so I can do that quicker’. Just things like that I'm always learning with him.

“And then obviously as we've got older and he's seen me progress, he's kind of just turned into like a proud Dad and obviously for him to see my growth and seen me come through from ‘Little Dec’ to what I am now, I know proud he is and he tells me that every day. It’s special. Some people might have might get the hump and wouldn't be happy with not playing or captaining the team anymore, but he's genuinely deep down proud and I know he's happy and proud of me as well because of what I'm doing. Ultimately, it's hard to really explain… I feel like you can't really explain what a character he is like until you've actually met him and know him deeply well." 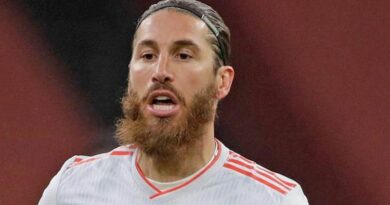 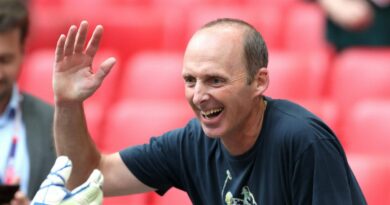