Home » Soccer » What channel is Aston Villa vs Tottenham on? TV and live stream information

Jose Mourinho takes his Tottenham side to Villa Park this weekend as they look to put the pressure on Chelsea in the battle for fourth place.

Sours come off the back of two wins in a row, and their Premier League victory against Manchester City should give them a good deal of confidence going forward.

Villa, meanwhile, sit precariously just one point above the relegation zone, and defeat to fellow strugglers Bournemouth last time out was a big blow to their survival hopes.

It is set up to be an intriguing clash in Birmingham this weekend, and here is all the information you need to know ahead of the game…

Where is the game being played?

Is the game on TV?

Every kick can be seen live on the Sky Sports Premier League channel or Sky Sports Main Event, while Sky customers can also stream the game.

Coverage starts from 13:00 with all the build up to that game and the late kick-off between Arsenal and Newcastle. 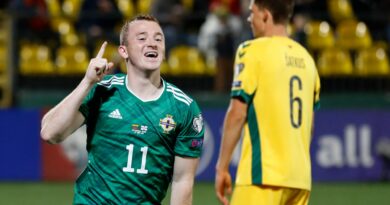 Northern Ireland get qualifying campaign on track with win in Lithuania