The South Korean star, 26, scored twice in the dramatic 4-3 defeat to Manchester City which was enough to secure Champions League progression.

Son’s stunning showing came without Kane, who is sidelined with ankle ligament damage, on the pitch.

The pair of them are world-class players in their own right but Bent says he believes the chemistry between them is just not there.

“Harry Kane obviously missed the large part of the season just gone and Son stepped up again, scoring lots of goals,” he told The Debate.

“Now Harry Kane has gone down again and Son has stepped up again.

“If you look at their goal records… Harry Kane goes out, Son scores all these goals. Harry Kane comes back and then Son didn’t score for five games and he didn’t look like himself.

“Harry Kane wasn’t there against City and it’s like Son plays with a freedom. He’s then their focal point.

“It’s hard because if Harry Kane is fit, he’s got to play regardless. I know the chemistry between him and Son may not be great but him, being one of the best strikers in world football, he has to play.

“I think it’s testament to Spurs and their squad. They could have hung their heads when Harry Kane got injured and say ‘that’s it, we’ve got no chance’ but Son has said ‘you know what, I’ll take responsibility, I’ll step up here’.”

Tottenham return to face Manchester City in the Premier League on Saturday, and then begin preparations for their semifinal against Ajax.

The Dutch club astounded Europe this week by knocking out Juventus having already seen off Real Madrid.

But Spurs boss Mauricio Pochettino refused to consider the moment a turning point for a club who too often have faded as glory beckoned.

“It was amazing to achieve this, but there’s still a lot of work to do for the club if we want to be at the level we dream to be at.

“Of course the way we’re doing this is the way to build your reputation. You build towards being one day at the level you want.” 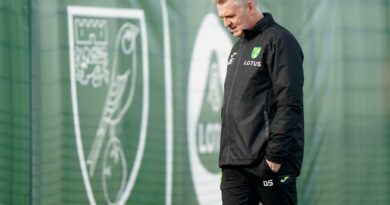