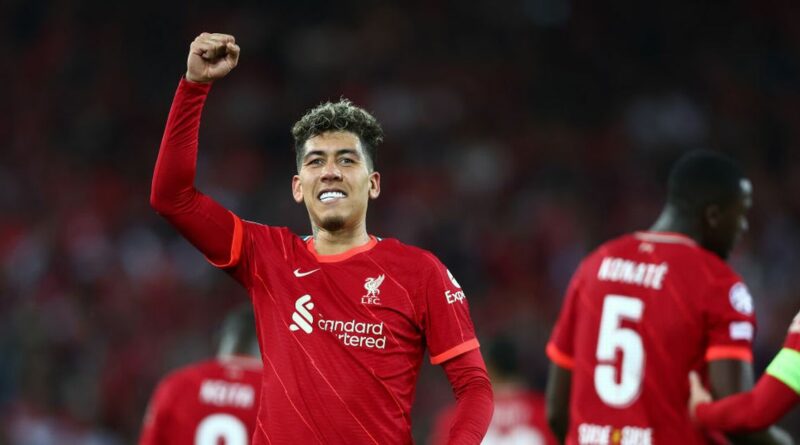 Liverpool survived a scare as Jurgen Klopp's side progressed to the Champions League semi-finals following a nervy 3-3 draw with Benfica on Wednesday night.

The German made seven changes for the return leg at Anfield as he shuffled the pack ahead of his side's trip to Wembley to take on Manchester City in the FA Cup semi-finals on Saturday – days on from the pair's Etihad epic last weekend. Though the line-up may have differed from Lisbon last week, the match started in similar fashion with Ibrahima Konate once again netting the opener with a bullet header.

Goncalo Ramos then made the most of some disorderly Liverpool defending, picking up a prodded ball in behind the Reds' backline before firing past Alisson for his first ever Champions League goal. A second-half brace from Roberto Firmino looked to have made it comfortable for Liverpool, but strikes from Roman Yaremchuk and Darwin Nunez made for a nervy finish.

However, a draw was enough as the Reds progressed to the last four of the Champions League to set up a semi-final date with Unai Emery's Villarreal. Here, Daily Star Sport look at four things Klopp got right and one he got wrong in the Reds' Champions League quarter-final second leg against Benfica.

The four things he got right…

The arrival of Luis Diaz at Liverpool in January has seen Roberto Firmino arguably slip down to fifth in Klopp's forward line pecking order. However, on Wednesday night, the Brazilian once again underlined his importance to the Reds' quadruple charge.

The 30-year-old started alongside Jota and Diaz in attack and, in the absence of Mohamed Salah and Sadio Mane, emerged as the match-winner. Firmino first tapped home a Jota cross following a fumble from Benfica goalkeeper Odisseas Vlachodimos.

The Brazilian then ghosted in behind the Benfica backline and volleyed home from close-range as he connected with Kostas Tsimikas' fine free-kick. It wasn't just two goals that Firmino fired at Anfield, but a message to his manager.

Having completed half the job with a 3-1 win in Lisbon last week, Klopp was afforded the luxury of making many changes for the second leg, in the middle of what is a mega seven days for the Reds. While they don't come much bigger than a Champions League quarter-final, the Anfield return against Benfica was undeniably Liverpool's least-important match of this week's three-part play.

The visit of the Portuguese giants on Tuesday is book-ended by a double-header against Manchester City; last Sunday's Etihad epic a warm-up for this Saturday's FA Cup semi-final at Wembley. With those two mammoth matches in mind, it came as no surprise to see Klopp ringing the changes.

Only Jota, Henderson, Matip and Alisson retained their places from Sunday's potential Premier League showdown as seven changes were made. And Klopp's gamble just about paid off as his makeshift side did enough to advance and allowed for some key figures to get some much-needed rest.

Will Liverpool win the Champions League this season? Let us know what you think in the comments section.

Klopp was instantly rewarded for his decision to field fresh legs at Anfield as Liverpool came out firing. The Reds made a lively start to the second leg despite the German making seven changes from his side's trip to the Etihad on Sunday.

Luis Diaz was restored to Liverpool's starting line-up and once again dazzled when he found himself on the ball. The midfield three of Jordan Henderson, James Milner and Naby Keita seized control from the off and the Reds were soon rewarded for their application.

With a little of 20 minutes played, Konate headed in Tsimikas' corner to put Klopp's side almost out of sight. It was exactly the start the German would have hoped for – it's just a pity from his perspective that they couldn't sustain it…

Making the most of the five-sub rule

With the five substitution rule not set for a Premier League reintroduction until next season, Klopp was limited to a mere three changes from the bench at the Etihad on Sunday. However, in Europe things are very different.

Much like the rest of the continent's top tiers, the Champions League retained the ruling which permits teams to make five changes during a match. Given the enormity of Liverpool's three matches this week, it came as little surprise to hear Klopp declare his intentions to make the most of this luxury prior to kick off.

The Reds boss told BT Sport: "I told the boys to be ready. The plan is to make five subs" and fulfil his promise he did. Salah, Fabinho, Thiago, Mane and Divock Origi were all afforded second-half minutes at Anfield as Klopp made the most of his chance to share the workload throughout his squad.

And the one he got wrong…

Rolling the dice in defence

Makes no bones about it, fielding a back four that that have never played together for the first time in a Champions League quarter-final is bold, regardless of any first-leg advantage. But that's exactly what Klopp did.

The German tactician rested Virgil van Dijk, Trent Alexander-Arnold and Andy Robertson ahead of Saturday's FA Cup semi-final, opting for Joe Gomez, Joel Matip, Ibrahima Konate and Tsimikas as the starting back-four instead. Though the last two names on that list linked up for Liverpool's opener, the defence looked dicey at times.

The Reds were let off the hook when the offside flag saw Benfica hotshot Nunez denied a dinked first-half equaliser, but Liverpool's continued lack of organised at the back saw them punished on three occasions. Ramos, Yaremchuk and Nunez all sprung the Reds' ragged offside trap as Van Dijk's absence was emphasised. 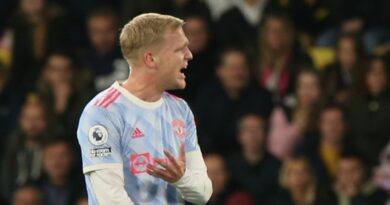