Manchester United would be getting an “excellent” left-back who is good both going forward and defensively if they signed Sergio Reguilon, according to former Arsenal midfielder Stewart Robson. Real Madrid ace Reguilon has been linked with a move to Old Trafford in the last few days. The 23-year-old spent last season on loan at Sevilla which helped him win his first cap for Spain in the 4-0 Nations League win over Ukraine on Sunday.

Reports claim Reguilon would cost United up to €30million but Real may demand a buy-back clause is inserted into any deal.

When asked about United’s interest in the player, Robson was full of praise for what he would bring as an all-round package.

“He’s an excellent player,” Robson said on the Gab and Juls podcast.

“He played really well in the game against Ukraine, he actually got injured in the very last minute with a twisted ankle.

JUST IN: Liverpool warned Thiago transfer would be a ‘sideways step’ because of one star 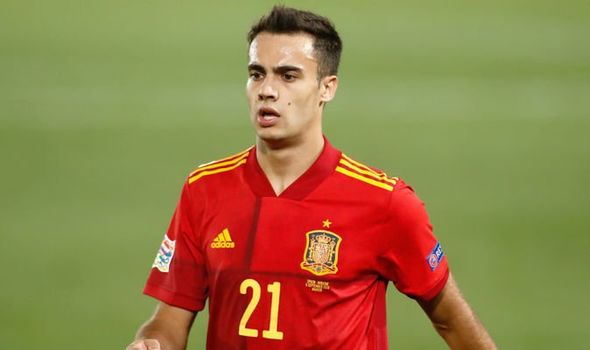 “But it wasn’t just his ability with the ball going forward, it wasn’t his overlapping runs and his speed, it was also his recovery runs.

“Winning the ball back so quickly, he was outstanding along with Ansu Fati.”

“Also Sevilla, here in Spain, the thing is as we said a few days ago, Real Madrid want to sell him but with a buy-back option.

“So in case he does a fabulous season like he has done this year in Sevilla, Real Madrid can sign him again next year.

“The player likes the idea of travelling to England and playing in the Premier League.”

“In an ideal world I think they need another centre-back. If they could get [Jadon] Sancho in, that would be absolutely brilliant.

“Then, they could start to ask questions about the top two in particular.

“At the moment, Liverpool and Manchester City are lightyears ahead in the Premier League.” 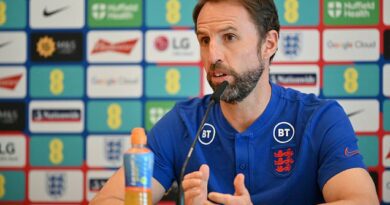 Southgate 'must see what squad players can do' in Nations League 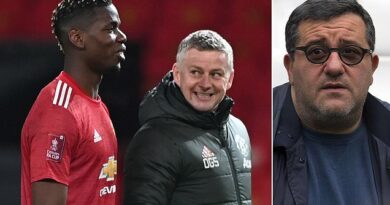 Solskjaer optimistic Pogba will choose to stay at Manchester United