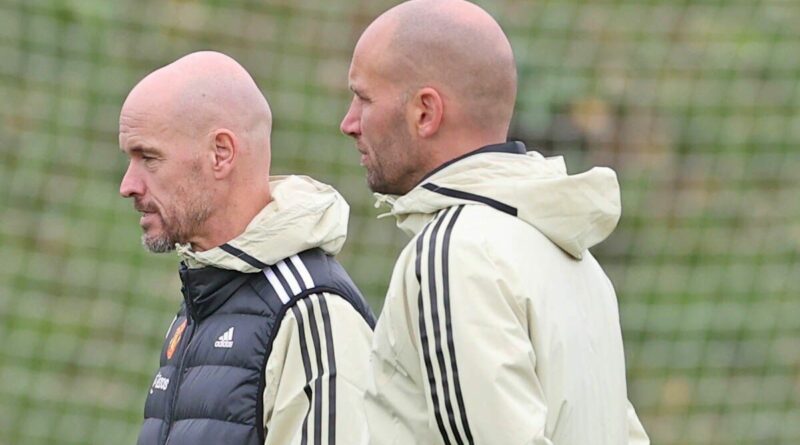 Manchester United boss Erik ten Hag has put players through their paces ahead of this evening’s showdown with Real Sociedad. The Red Devils go into the match knowing victory by two clear goals will see them top their Europa League group. That’s certainly an incentive for the fallen giants because, otherwise, they could find themselves going up against European titans such as Juventus and Barcelona…

Manchester United have had a mixed record in the Europa League this season.

They lost 1-0 to Sociedad in the reverse fixture at Old Trafford on matchday one but, since then, have been able to overcome both Sheriff and Omonia home and away.

And Ten Hag put his players through their paces on Tuesday as United stepped up their plans for the encounter.

Members of the squad were seen working in rondos, with Marcus Rashford involved in one along with Luke Shaw and Alejandro Garnacho.

Cristiano Ronaldo and Casemiro were part of a separate group, with the trio working alongside Donny van de Beek, Anthony Martial, Lisandro Martinez and Anthony Elanga among others.

Man Utd transfers: Plans for next three signings are damning on Solskjaer

And United squad members also worked on their fitness, too, by performing sprint exercises and jogging without the ball.

United will go into the match on a high, too, after getting the better of West Ham in a 1-0 victory on Sunday.

Rashford was the hero of the hour for the Red Devils, with the England international netting the only goal of the game with a brilliant header following a pinpoint cross from Christian Eriksen.

And United had a good October in general, responding well after losing 6-3 to Manchester City at the start of the month.

Ten Hag is expected to go strong as he looks to guide his side to victory in San Sebastian and ensure they top their group.

David De Gea should start in goal, with Diogo Dalot, Lisandro Martinez, Victor Lindelof and Luke Shaw set to be the back four.

In midfield, it’s hard to see the Dutchman taking any of Bruno Fernandes, Casemiro or Eriksen out of the team.

And, up top, Rashford and Ronaldo are primed to start – with Elanga and Garnacho then starting for the final spot in the team.

One player who has spoken out ahead of the game in Spain is Casemiro, who sat alongside Ten Hag for his pre-match press conference.

And he hailed his manager by saying: “I believe that, after being in football for quite a while, despite the fact I am only 30, his obsession for winning is what surprised me the most.

“I think he’s got many strengths. We all know it’s a process and we are growing together.

“But we all see that he wants to win. His obsession for teaching us and leaving everything perfect to the millimetre, that is key.

“His obsession for winning is something that only a few managers have.

“It’s something I have only seen in very few managers.”

And when quizzed about the World Cup, Casemiro was in no mood to talk with the United star insisting Real Sociedad is very much on his mind right now.

“With a player’s mentality, it is impossible to even start thinking about the World Cup,” he stated.

“Tomorrow’s game is way too important for us to start thinking about the World Cup etc.

“So I think any player who starts thinking like that picks up an injury in the end, so that’s not my profile at all.

“All I think about is giving my all tomorrow on the pitch, in order to play a great game and help my team-mates.” 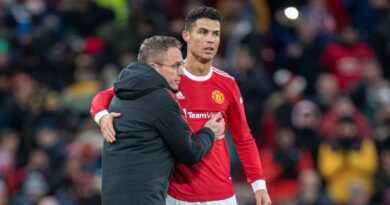 What is pressing? The methods of Rangnick, Tuchel, Bielsa and more explained