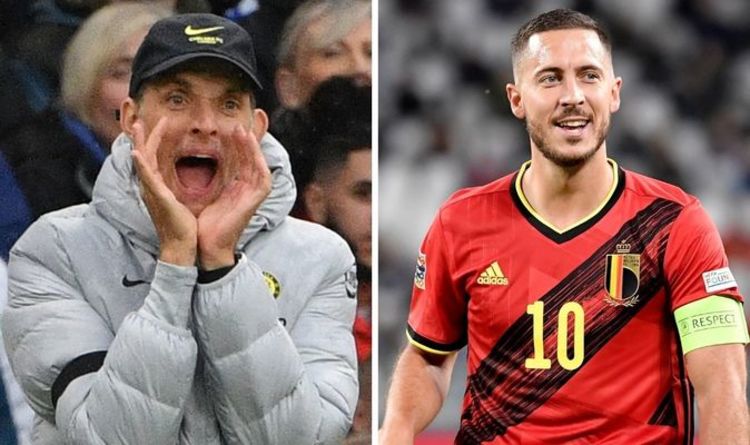 Eden Hazard could be set for a sensational return to Chelsea in the near future with Roman Abramovich reportedly keen on bringing the winger back to Stamford Bridge – and Thomas Tuchel may also approve. Hazard established himself as one of the world’s best talents during his seven years at Chelsea but the latter stages of his career in London were dominated by headlines over his desire to move to Real Madrid.

He finally got his dream move in 2019 in a deal worth up to a staggering £150million.

But injuries and poor form has plagued his time in Spain so far with Hazard playing just 37 La Liga matches so far, scoring a measly four goals.

He still has little over two years left on his contract at Real, however it appears as though Hazard is growing frustrated at his current predicament.

The 30-year-old has been left out of Carlo Ancelotti’s starting XI for Real’s last three league games and he was also an unused substitute against Inter Milan in the Champions League.

Hazard was back in action last week for Belgium in the Nations League semi-final against France, but was forced off with another hamstring injury.

He’s now doubtful to be fit in time for the first El Clasico of the season later this month.

And El Nacional now report that Hazard has his heart set on a move away from the Bernabeu with Chelsea a possible destination.

It is claimed that ‘informal talks’ have already taken place with Roman Abramovich particularly keen on making it happen.

Tuchel isn’t short of options in the wide positions, but nobody this season has so far stepped up to be the main provider for Romelu Lukaku.

Lukaku and Hazard only played a handful of games together at Chelsea with the central striker struggling to break into the first team on a regular basis before being loaned out to West Brom and eventually sold to Everton.

But the Belgium duo could form a deadly partnership if they link back up at Chelsea for a second time.

Tuchel already has first-hand experience of facing off against Hazard after Chelsea faced off against Real in the semi-finals of last season’s Champions League.

“He is a top quality player and a key player for many years at this club and this league, the hardest in the world,” Tuchel said last season.

“So consistent. I have the biggest respect for him.

“He is a big player, we have many people here who know him well.

“He was a key player for this club now he plays for Real Madrid.” 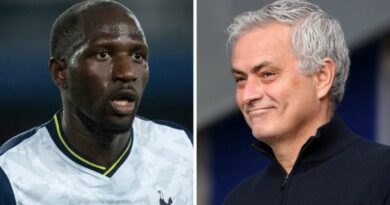