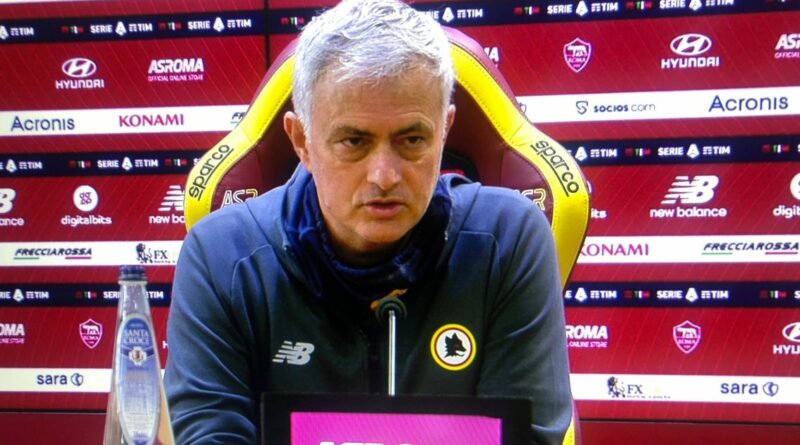 Jose Mourinho was so upset after Roma's 3-0 defeat to Inter Milan on Saturday that he refused to answer any questions during the post-most press conference.

He later lost his rag with reporters, telling them: "Your job is a lot easier than ours which is why we earn a lot more than you".

The former Chelsea, Manchester United and Tottenham Hotspur boss defended his team as well as himself, claiming Roma were beaten by a far superior side.

"Inter are better than us on a good day. Inter are objectively better than us. This became an extremely difficult match tonight because of absentees," said Mourinho.

"They finished 29 points above us last season. We had three big chances, two of which came at 0-0."

Goals from Hakan Calhanoglu, Edin Dzeko and Denzel Dumfries saw the Italian champions storm into a 3-0 lead just 39 minutes into the encounter.

Roma – who were missing the suspended Tammy Abraham, Rick Karsdorp and injured captain Lorenzo Pellegrini – were stunned, and failed to mount any sort of comeback in the second half.

The defeat is the club's third in the last five league games and leaves them fifth in Serie A, and nine points off a Champions League spot.

How long will Jose Mourinho last at AS Roma? Let us know what you think in the comments section below… Inter meanwhile remain a point off the top behind leaders AC Milan after racking up their fourth successive league win.

Mourinho joined Roma in the summer after being sacked by Spurs in April.

He famously guided Inter to two Serie A titles, as well as a memorable Champions League victory in 2010 before joining Real Madrid.