The Brazilian teenager netted his tenth goal of the season at Chelsea on Tuesday night.

It was his second goal in the space of four days and his exploits in front of goal are making him undroppable with Aubameyang currently suspended.

The same cannot be said about £72m signing Pepe who has scored just five times in 25 outings and has failed to match expectations thus far.

Aubameyang will return for the Gunners' trip to Burnley next Sunday and Pepe's starting spot looks to be in jeopardy, reports the Daily Mail.

Martinelli has been hailed as the club's future and Arteta praised his "courage" after his strike helped 10-man Arsenal seal a point at Stamford Bridge.

"To play in this stadium the way he has done with 10 men and against Azpilicueta, who in my opinion is one of the best defenders in the league, and he was going against him every single time, you need courage to do that," said the Spaniard.

Martinelli has proved to be a big hit since is £6,3m move from Ituano and the north London side are prepared to treble his wages to £30,000-a-week.

The youngster's contract does not expire until 2024 but his form has attracted interest from Real Madrid who value him at £50m.

Arsenal are looking to underline their commitment to him by offering him an improved deal less than a year after signing.

Martinelli was previously overlooked by Madrid's arch rivals Barcelona and Manchester United before he headed to the Emirates.

In 2017 he lined up in a youth team alongside Mason Greenwood but United opted against keeping the Brazilian on their books. 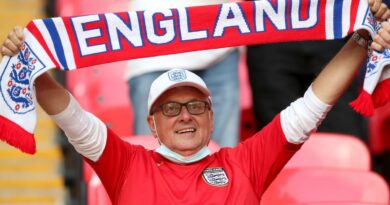