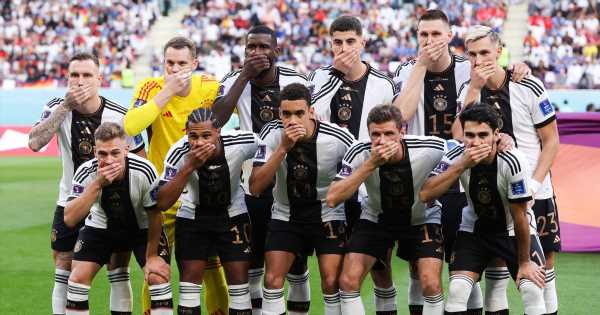 The German national team carried out an unprecedented protest before their World Cup clash with Japan – after FIFA ‘denied them their voice’.

All eleven of Germany’s starting line-up for their tournament opener protested by covering their mouths as they posed for their pre-match team photo on Wednesday.

The brave and poignant gesture was a reference to FIFA’s refusal to allow Die Mannschaft captain Manuel Neuer to wear a rainbow coloured ‘One Love’ armband in celebration of the LGBTQ+ community.

READ MORE: Inside South Korea's 'suspicious' run to the semi finals of the 2002 World Cup

The German football association (DFB) wrote in an official statement addressing the protest: “We wanted to use our captain’s armband to take a stand for values that we hold in the Germany national team: diversity and mutual respect. Together with other nations, we wanted our voice to be heard.

“It wasn’t about making a political statement – human rights are non-negotiable. That should be taken for granted, but it still isn’t the case. That’s why this message is so important to us.

“Denying us the armband is the same as denying us a voice. We stand by our position.”

The DFB had been warned by FIFA not to allow Neuer to wear the rainbow armband beforehand. FIFA allegedly threatened “massive sporting sanctions” if Germany broke tournament rules in Qatar, which is known for its intolerance towards LGBTQ+ people.

England and Wales had also planned to wear it for their matches in order to promote inclusivity and diversity. But they, along with Germany, backed down from wearing the armband after the threat of sanctions.

The DFB is now understood to be taking FIA to the Court of Arbitration for Sport (CAS) over the ban, which aims to make decisions within 48 hours of receiving an application. A quick decision by CAS ruling against the validity of the ban could mean that Neuer would be able to wear the armband for Germany's second group game against Spain on Sunday. 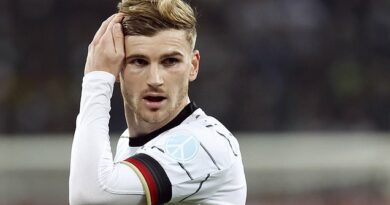