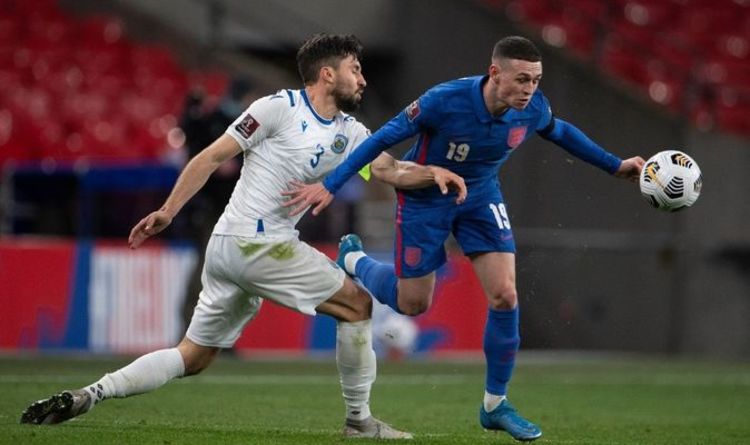 Playing at Wembley Stadium the England squad wore a blue kit. According to FIFA, the side assigned as the ‘home’ team gets to wear their normal strip – in England’s case that usually means white.

In the event of a kit clash – the two teams wearing identical or similar coloured kits – the ‘away’ side has to change to a different colour strip.

The bizarre thing is San Marino’s kit is usually blue so football fans were left baffled by England’s choice of kit in the qualifying match last night.

One Twitter user wrote: “Ok. It took me two minutes to realise San Marino weren’t the team in blue. I thought they were knocking the ball round well.”

Another added: “England playing at home in blue kit and oppo in white? Presume San Marino didn’t have a change of kit. No other reason is acceptable.” 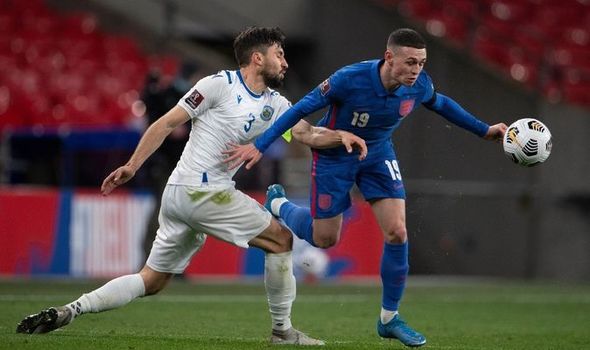 A third tweeted: “Not sure why England are in blue. To me, those are Scotland colours, the auld enemy.

“Wouldn’t expect Man Utd to have a sky blue away kit of Man City to play in red, likewise England shouldn’t be in blue (especially at Wembley).”

“This could be a confusing night.” 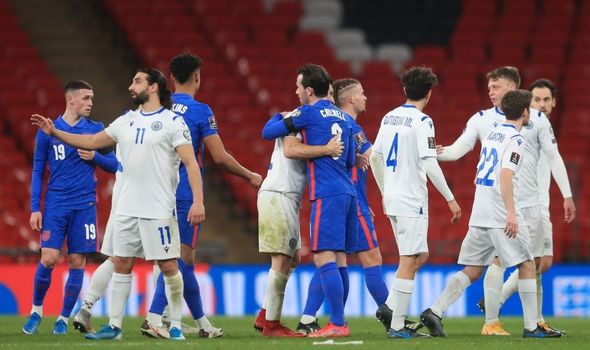 Another added: “England’s colours are red and white. Scotland are blue. I’ve seen that blue kit before but I’ve never got used to it.”

However some supporters loved the blue kit. 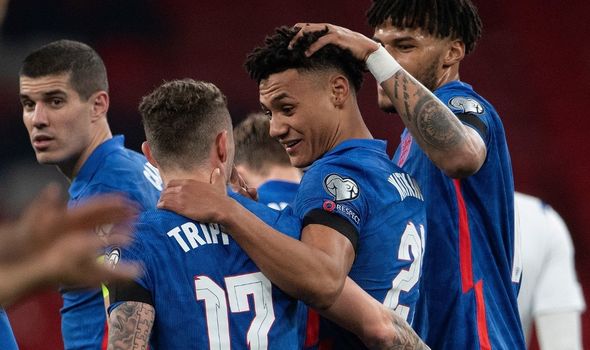 One tweeted: “This blue kit is the nicest kit England have had in a while.”

Another wrote: “This England blue kit is the one!”

A highlight was Aston Villa striker Ollie Watkins scoring a late goal on his debut.

England, meanwhile, are ranked 4th behind Brazil, France and Belgium.

Everton to stick with Ferguson for Carabao Cup tie with Leicester