Mikel Arteta has confirmed he subbed off Willian at half-time during Arsenal’s draw with Leeds United because of an injury concern.

The Gunners were fortunate to leave Elland Road with a point on Sunday as Leeds failed to break down 10-man Arsenal despite hitting the woodwork three times.

Arsenal were on the back post for most of the match, but particularly found themselves up against it after record signing Nicolas Pepe was sent off for violent conduct in the second half.

Brazil international Willian started the Premier League fixture but failed to make much of an impact before being replaced by Reiss Nelson at half-time.

Asked why Willian made way at the interval, Gunners boss Arteta said: ‘He was feeling something muscular and we had to take him off.’

Shortly after the second half began, Manchester United and England legend Gary Neville – commentating on the match for Sky Sports – said: ‘Well, Willian was down below us in the first half, he didn’t look himself.

‘I mean, they put a lot of pressure on going forwards Leeds and make you do a lot of running and he just looked a little bit short today the Brazilian.’

Asked whether his subdued performance could be a result of travel weariness, Neville added: ‘Yeah I think so.

Arsenal’s Hector Bellerin, meanwhile, admitted he had ‘mixed feelings’ after the goalless draw, with leaves the Gunners 11th in the Premier League.

He said: ‘I feel that idea that you’re happy with a draw does not resonate with myself. My team-mates are the same. We go for the win.

‘We showed belief in protecting our goal. They had chances but with one more man they were always going to come.

‘We need to find ourselves not in that situation. We need to take the positive that we fought. But no, I’m not happy with a point.

‘They are well coached and brave. They make things happen. We knew what we had to prevent. In the first half at times we fid that well.

‘They collapsed at the back and we pressed high. But sometimes in the game the other team will get on top of us. That was for 60 minutes.’

Cristiano Ronaldo warned over his secret training sessions during lockdown 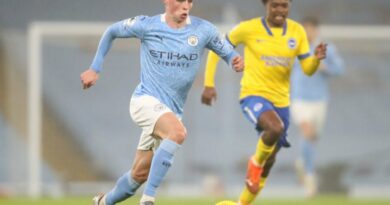