That is according to Lille president Gerard Lopez, who sanctioned the £72m deal for the Ivorian.

Pepe was one of Europe’s most in-demand stars this summer with several clubs looking to acquire his services.

Arsenal were the surprise name who emerged as the 24-year-old’s choice, especially given their lack of Champions League football.

Lopez, though, has revealed Pepe was prepared to take a longer term view to things provided he could be a considerable influence at his new club.

“There was two things he was looking for,” he told Sky Sports.

“Napoli playing Champions League and Arsenal one of the big big clubs in the Premier League.

“He did choose the Premier League and Arsenal because that’s where he wants to leave his mark.” 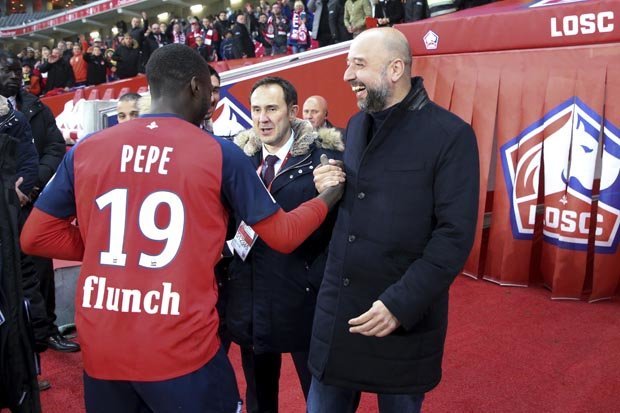 The forward, who managed 22 goals in Ligue 1 last season, will compliment the likes of Pierre-Emerick Aubameyang and Alexandre Lacazette in attack.

Arsenal paid just £20m of his transfer fee up front leaving the rest to be paid in instalments over the duration of his contract.

Manager Unai Emery opted to use Pepe from the bench during Arsenal’s opening win at Newcastle, citing his lack of fitness for leaving him out.

“He is now in pre-season. He came one week ago, physically he needs to get the best paces, to get fit, to be ready to play 100 per cent for 90 minutes,” Emery said. “Today 20 minutes is good for him.”

Europa League finalists set to receive less than 7,000 tickets each