Peter Crouch has waded into the Ruben Loftus-Cheek debate.

The Chelsea man could miss out on a start place against Burnley this weekend – despite his midweek Europa League hat-trick in the 3-1 win over BATE Borisov.

Glenn Hoddle has already spoken out saying the player must quit Stamford Bridge for good if he is overlooked in the coming weeks.

Now former England striker Crouch has spoken about the situation in his Daily Mail column.

The Stoke City forward said: "He has only played 33 minutes in the Premier League this season.

"This is a problem for a young player who has come through the ranks. If Chelsea would have spent £35 million on him in the summer, I’m certain he would have been on the pitch more.

"It would be demoralising for him not to be in the 18 at Turf Moor."

Hoddle, the BT Sport pundit, says he must go if he is overlooked.

"The fact that the manager hasn’t suggests to me that he won’t be starting him at the weekend.

"I fear for the lad. If he isn’t going to get the opportunities soon then he has got to move. He’s a talent – with my England hat on I need to see him playing."

Loftus-Cheek said after the game that he’s not sure his three goals will be enough.

"I need to keep up the good habits – eating well, sleeping well and training well and if I keep doing that then good things will come," said the playmaker, who was selected for World Cup duty in Russia. 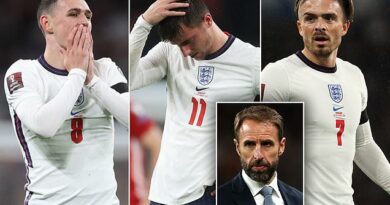 DOMINIC KING: Three is not the magic number in for Gareth Southgate 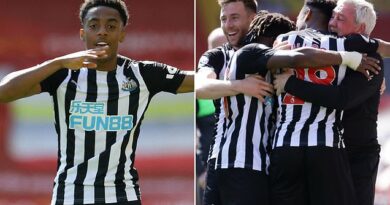 Joe Willock 'enjoying being a Newcastle player' after another goal