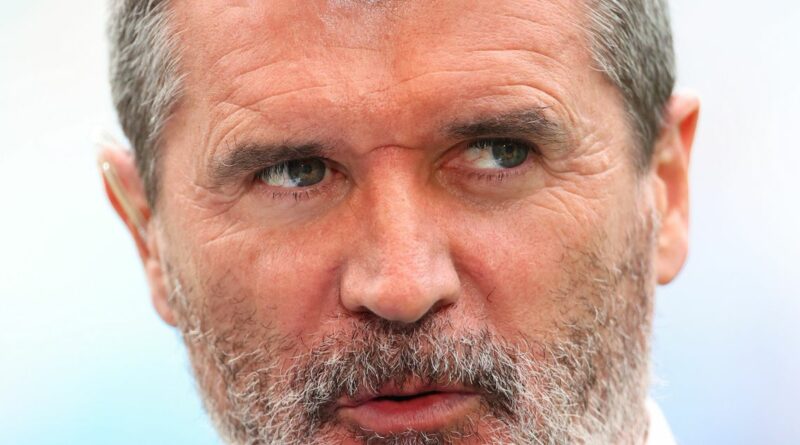 One day, Roy Keane’s rants will occupy a wing at the Modern Museum of Art.

Many won’t agree with that hot take, but the art of punditry is often a misunderstood genre. For some, pundits are overpaid former players, tasked with spouting out any old thought that pops into their former footballing head. For others, they are the ultimate presenters, threading an intricate balance between entertainment and knowledge that few others are capable of.

For Jose Mourinho, of course, they’re an absolute waste of space.

Whatever your view, the art of punditry – and the pundits that attempt to master it – have become inextricable from the modern game. The relentlessly permeating nature of English football’s content-industrial complex has even led some to transcend the original realm altogether.

Who is your favourite pundit? Have your say in the comments below.

Because of that, and with a World Cup looming on the horizon, it is only in good diligence to symmetry that a World Cup of Punditry also finds space on the stage.

If you like your pundits straight-talking and no-nonsense, whose in-depth analysis relies comprehensively on knee-jerk emotion mixed with some disgruntled ‘back in my day’ despair, then Roy Keane is undoubtedly the one for you.

If you prefer the cheery types, committed to mining even the slimmest of silver linings in the most despondent of matches (i.e. Keane’s worst nightmare), then it's Micah Richards.

Gary Neville and Jamie Carragher are a refreshing reminder that not even the most ruthless of rivalries can taint the art of the pundit (or that Manchester United ’s recent woes are the ultimate bread to break).

Meanwhile, Emma Hayes with her bulging three-ring binder of tactics is the embodiment of no preparation is too much, while Alex Scott offers the sort of effortless insight and suave that has desperately been lacking at some point in the punditry era.

The list goes and while attempting to quantity them into a succinct list is a game of ultimate subjectivity, a World Cup of Pundits does not lose its glean.

Share your favourite punditry moments in the comments below.

There are nuances and methods employed by each. Some prefer softer deliveries while others hurl their opinions like tomatoes in a food fight. Whether you agree or not, you’re getting a face full of it.

Managers have gleaned their own personal trump cards to pundits’ constant reproofs and takes. Jurgen Klopp and Pep Guardiola reliably employ vats of sarcasm to make their points, sometimes holding up mirrors to their friends in the studios of their own (and less successful) managerial reigns.

Others like Paul Pogba or Mourinho go straight for the jugular, claiming no knowledge of the pundit’s identity or simply denigrating the entire punditry realm into a pile of rubble and white sneakers with one smirking, caustic swoop.

It is by no means an easy life, that of a pundit. They are, at the very least, hated by at least one person before, after and during every match. Their talking heads are there for millions to scroll, scrutinise and call rude names

Still, there is always the largely shared assumption, particularly when a pundit says something extra spicy, that any ol’ Joe could do the deed.

Then again, how consistently could any ol’ Joe dish out the kind of reliable fire that Keane does? Bring on the flames, Keane.

Who is the favourite to win World Cup of Pundits, and do you have any dark horses? Have your say in the comments below.