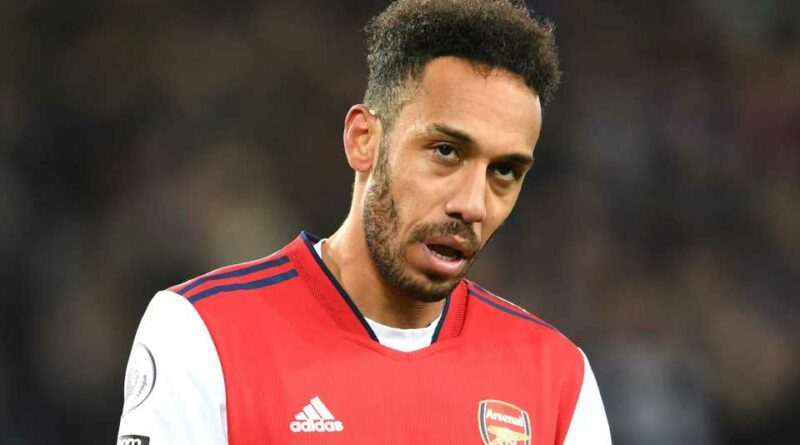 Arsenal captain Pierre-Emerick Aubameyang was dropped from the squad due to a disciplinary breach, according to manager Mikel Arteta who revealed the news before the Week 16 Premier League match against Southampton.

The striker failed to report to London Colney for the final training session ahead of Saturday’s Premier League match against Southampton.

Originally it was thought the Gabon international might have been unwell, but Arteta has since stated that the 32-year-old Aubameyang has been dropped after falling afoul of club rules.

Speaking ahead of the Saints clash, Arteta told Sky Sports: “Unfortunately [he’s been dropped] due to a disciplinary breach.

“I think we have been very consistent that we have certain non-negotiables in the team that we have set ourselves as a club, and he’s not involved today.

“It’s not an easy situation and not a situation we want to have our club captain in.”

The Gabon international joined Arsenal in January 2018 from German club Borussia Dortmund for a transfer fee reported to be worth over $70 million.

Just before his transfer to Arsenal, Aubameyang was suspended and fined by Dortmund for missing a team meeting after training. Some speculated that he did it to help force a transfer, which later materialized.

“It was an important meeting,” then-Dortmund coach Peter Stoger said. “If he does not want to be part of that, another player will be get his chance. He briefly said that he forgot it, but we all know that’s not the case.”

It wasn’t Aubameyang’s first transgression at Dortmund. He was also reportedly suspended in November 2016 after taking a trip to Milan without approval from then-coach Thomas Tuchel, and in November 2018 German outlet Bild reported that he was late for training on more than one occasion.

Arteta, who took over Arsenal on December 2019, previously dropped Aubameyang from the starting lineup in March 2021 for a derby match against Tottenahm after what the club called a “breach of prematch protocol,” but which ESPN reported to be a late arrival for the match that same day.

“He was going to start the game, we had a disciplinary issue, we’ve drawn the line, we move on,” Arteta told Sky Sports. “We keep it internal. We have a process that we have to respect for every game, and that’s it.”

Just a month before that, in February 2021, the club was forced to investigate a potential breach of COVID-19 protocols by Aubameyang after footage appeared on social media of the forward getting a new tattoo. There was no word on the fallout from the story, though the coach explained at the time that the issue was to be handled internally.

After a hat trick in the Carabao Cup in August, Aubameyang went on a run of four goals in six Premier League matches, leading many to believe that he might be turning a corner and returning to the form that saw him score 29 goals in all competition in the 2019-20 season.

But Aubameyang, who was named captain of the London club in November 2019 by then coach Unai Emery, hasn’t enjoyed the best stretch of matches recently — five Premier League starts without a goal — and Arteta left him out of the starting lineup in the recent 2-1 loss to Everton (he came off the bench for five minutes).

The Arsenal manager was forced to answer questions about his relationship with Aubameyang in the lead-up to the Week 16 match against Southampton.

“I have a very good relationship with my players. I always do the best for the club and the team. The decision is not personal, the decision is just performance and to get the best out of the team,” Arteta said.

In September 2020 Aubameyang signed a contract extension with Arsenal that ties him to the club through June 2023 when he will turn 34. And while it’s unclear whether the recent issue will cost the player his captaincy, the club is not thinking about moving him.

“We have never discussed something like this,” Arteta said. “When players are having difficulty, what we have to give is support.”