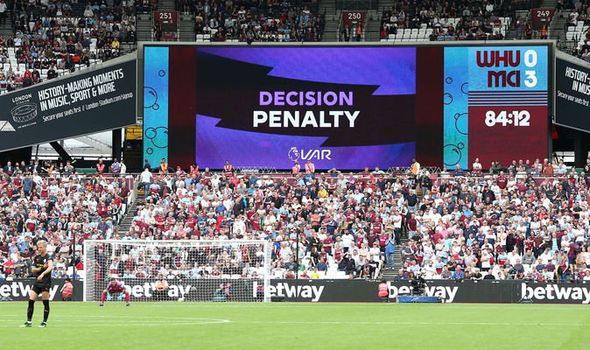 After Issa Diop brought down Riyad Mahrez in the penalty area, referee Mike Dean pointed to the spot and Aguero assumed penalty-taking duties.

The City centre-forward struck a tame effort to Lukasz Fabianski’s left and the Poland international parried a save back into danger.

West Ham midfielder Declan Rice raced to the rebounded ball and cleared it to safety.

VAR checked the incident and ruled the penalty should be re-taken but television coverage suggested it may be because Fabianski left his line before Aguero kicked the ball.

Law 14 of the IFAB Laws of the Game states: “When the ball is kicked, the defending goalkeeper must have at least part of one foot touching, or in line with, the goal line.”

Television replays showed Fabianski was in breach of this law but that was not the reason why VAR asked for the penalty to be re-taken.

In the Premier League this season, on-field officials will judge whether the keeper leaves his line before the penalty has been kicked.

Associated Press journalist Rob Harris relayed information from VAR HQ that the penalty was re-taken because Declan Rice encroached in the area before the ball was kicked. 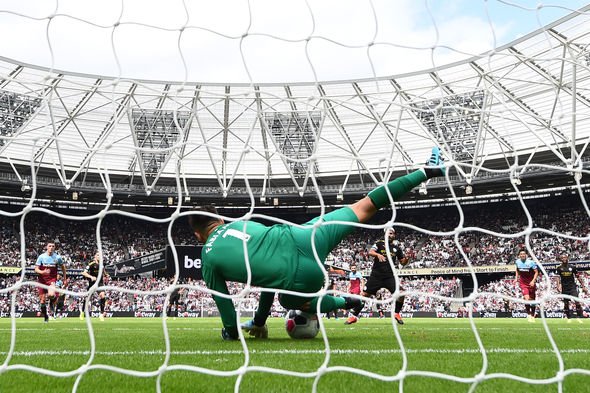 The Laws of the Game also state a penalty is re-taken if a goal is not scored and there is encroachment by a defending player.

VAR is analysing this in the Premier League this season and therefore advised on-field officials to have the penalty re-taken.

Aguero converted his second attempt and bagged the fourth on City’s way to winning 5-0.

City boss Pep Guardiola said on VAR: “You have to be calm and be strong, it is going to change the dynamic not just for the team but for the spectators. 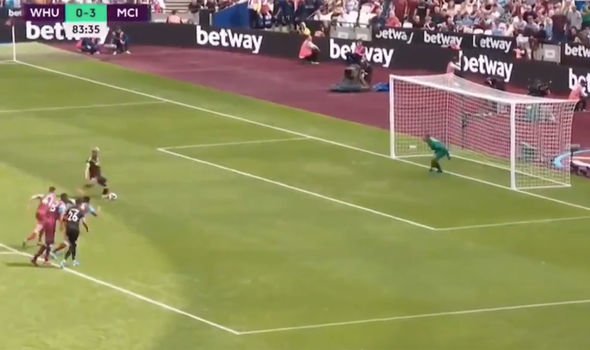 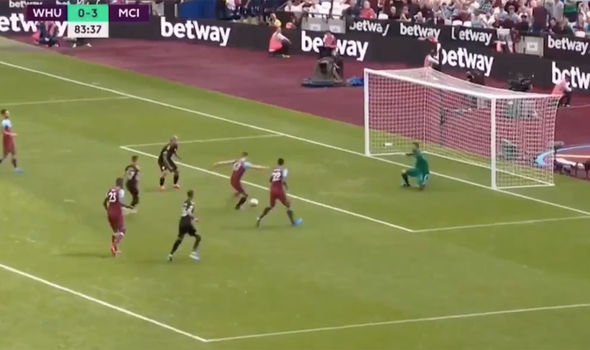 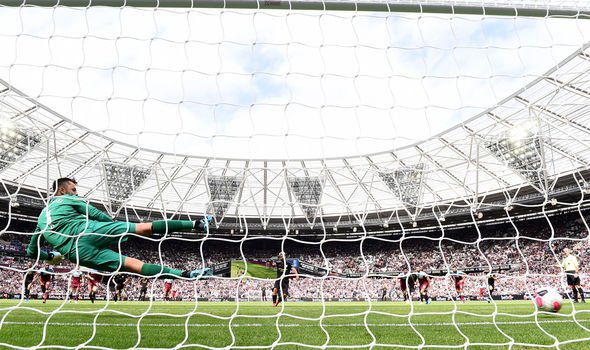 “It will be a good lesson for our future.”

West Ham manager Manuel Pellegrini opined: “I think it is fair for both teams in the way we use it.

“This was a goal that was offside and for the penalty they decide it must be taken again. It will improve the fairer result of games.”