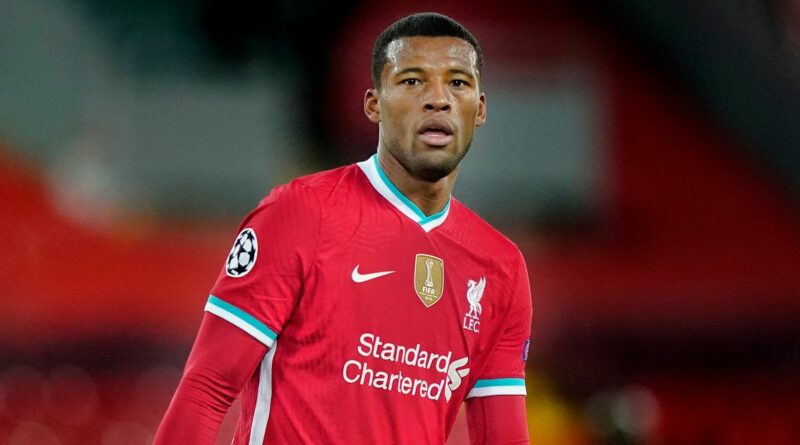 Georginio Wijnaldum has rejected Liverpool's latest offer to keep him at the club.

With his contract set to expire in the summer, the midfielder is keen on leaving and joining Barcelona.

The Catalan club are ready to land the 30-year-old on a free transfer at the end of the season, with Ronald Koeman a huge fan having coached him at international level.

Wijnaldum's contract situation has hung over the Reds all season with Jurgen Klopp desperate to keep hold of the Dutchman.

The former Newcastle star has played in every Premier League match this campaign and remains a key player at Anfield.

But the club have failed to agree terms with Wijnaldum throughout the season.

And their latest offer has also fallen short of the mark, with a move away now on the cards, according to Todofichajes.

The report goes on to state that Wijnaldum does not want to be at Liverpool and wants the choice to be able to leave.

His heart is set on a move to Barcelona, who will be able to start negotiating with him on a pre-contract agreement.

The Netherlands international was presented with a new deal by Liverpool at the start of December.

According to the Guardian on December 27, he requested more time to be given before coming up with an answer.

And the latest information from Todofichajes shows that the midfield ace has made him up his mind.

If Barcelona do land him, it will be a huge boost to Koeman – who is eyeing a similar move for his compatriot Memphis Depay.

The former Manchester United star will see his contract at Lyon expire in the summer and Barca tried to sign him last transfer window.

It will mean that the Dutch duo could be plying their trade at the Nou Camp next season.

Wijnaldum signed for Liverpool for £23m in 2016 from Newcastle and has gone on to be a huge success.

He was a key part of the side that won the Champions League and the Premier League the following year.