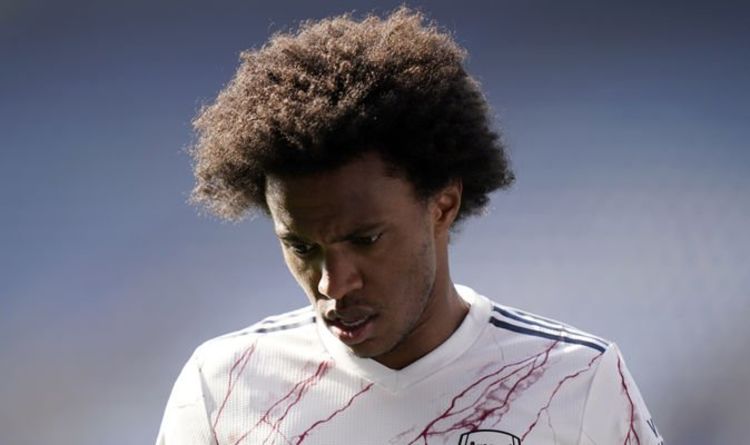 Willian’s agent Kia Joorabchian has fired a brutal transfer shot at Arsenal after the winger completed a move to Corinthians. The 33-year-old endured a torrid time at the Emirates Stadium after joining from Chelsea last summer.

Willian opened his Premier League career with Arsenal with two assists as his side defeated Fulham on the opening day of last season.

But he struggled to find any real form and soon fell down the pecking order in north London, having to settle for a place on the bench in most of his side’s games after Christmas.

Willian didn’t appear for Arsenal in any games this season and his contract was terminated by mutual consent on Monday.

Speaking to talkSPORT on Tuesday, Joorabchian said: “Willian did the right thing – he went for the project and the project wasn’t there.

“Unfortunately, I’d have to say, which player has moved to Arsenal that has not been a disaster in the last couple of years?

“I don’t think this is about Willian. I think something has gone wrong [at Arsenal] and this is just one piece of the puzzle.

“Nobody blames Arteta – we all want Arteta to do well. Even as fans, they might be disgruntled at the moment but they want the best for the football club.”

The Brazil international has joined his boyhood club in his homeland after walking away from the last two years of his Arsenal contract.

The player was thought to be earning around £220,000 per week at Arsenal and has apparently not been given any sort of payoff to exit the north London club.

Following his departure from Arsenal, Willian took to Instagram to apologise to the club’s fans.

“I would like to thank Arsenal for the opportunity they have given to me and for the warm welcome received by everybody at the club,” the player wrote.

“Unfortunately things on the pitch didn’t go the way we had all planned and hoped.

“I received a lot of criticism, especially from some members of the press that I had come here for financial reasons.

“I hope with my actions today explain to those people and they now understand that was not the case.

“I hope it teaches some people that they should not be so quick to pass judgement and create bad environments to make themselves important even though I accept that’s part of the game.

“All my career I have done everything to be the best I can be. I always want to win and I find it hard to accept not doing so.

“Unfortunately it didn’t happen for me at Arsenal and I am sorry about that.

“I came to England in 2013 and I have enjoyed every minute of my time here.

“I want to thank everyone who has helped me along the way to play in this wonderful league that is full of heart and spirit.

“To the Arsenal fans I am sorry we never got to meet properly due to the pandemic but I know your desire for success and your support for the club is incredible so I wish you all the best for the future because you deserve it.

“To everyone else involved with this historic club I wish you all the best for the future.” 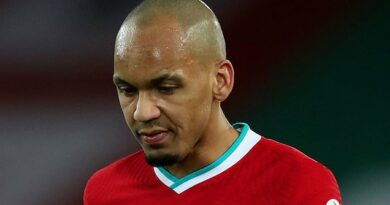 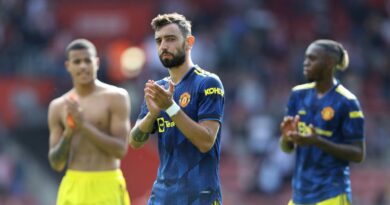