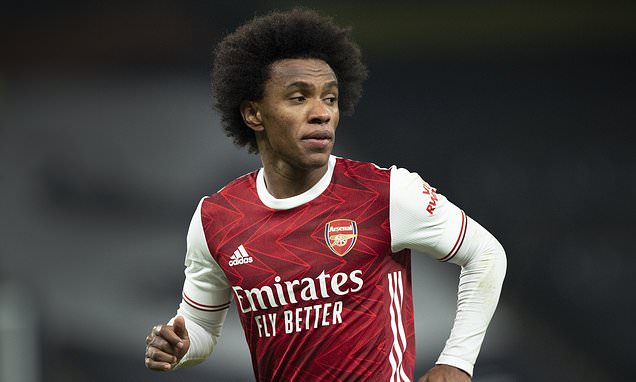 ‘What player has gone to Arsenal and not been a total DISASTER?!’: Willian’s agent Kia Joorabchian says ‘something has gone wrong and the project hasn’t worked’ in scathing attack on Gunners after his client gave up £22m to get out

Willian’s agent has launched a scathing attack on Arsenal after his client gave up his £22m contract to leave the club.

Arsenal confirmed on Monday that they and the player had agreed to mutually terminate his contract, following a disastrous 12 months in north London.

The Brazil international has joined Corinthians where he will take a large pay cut from the £220,000 per week deal he was on at the Emirates. 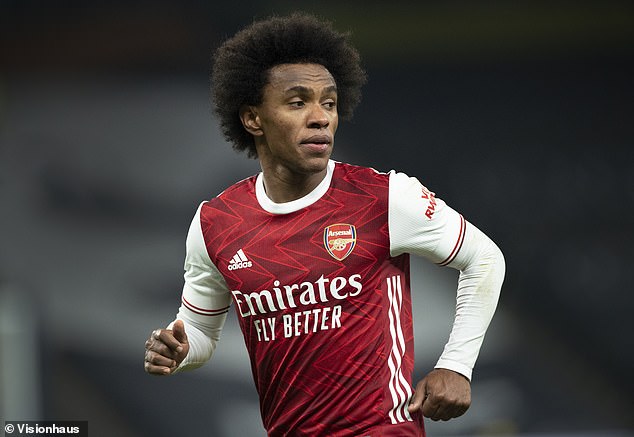 Willian has left Arsenal after giving up his £220,000 a week contract at the club

As reported by The Sun, his agent Kia Joorabchian has hit out at Arsenal following Willian’s exit just a year after he joined from rivals Chelsea.

He said: ‘He didn’t go (to Arsenal) for the money. He went for the project and the project wasn’t there.

‘What player has gone to Arsenal recently and has not been a disaster?’ Willian wasn’t the problem.’

He added: ‘Willian doesn’t blame Arteta. We all want Mikel to do well.

‘Even as fans, they may be disgruntled at the moment but any of fan of any football club always wants the best. At the moment the project has not worked, it’s not about Willian.’

After completing a move to Corinthians, Willian also released a statement where he thanked Arsenal for the opportunity.

He admitted though that things hadn’t worked out at the Gunners since his arrival last year.

Willian said on Instagram: ‘Unfortunately things on the pitch didn’t go the way we had all planned and hoped, I received a lot of criticism especially from some members of the press that I had come here for financial reasons.

‘I hope with my actions today explain to those people and they now understand that was not the case. I hope it teaches some people that they should not be so quick to pass judgement and create bad environments to make themselves important even though I accept that’s part of the game.

‘All my career I have done everything to be the best I can be I always want to win and I find it hard to accept not doing so. Unfortunately it didn’t happen for me at Arsenal and I am sorry about that.’ 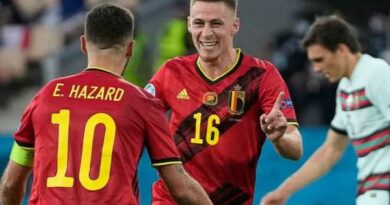