Boly has been out of action since October with a broken fibula but is set to return when his side face United, live on Sky Sports.

The French defender made 16 appearances for Wolves before his injury this season and will be back for their Premier League and Europa League campaigns.

Another player who is set to be in Wolves’ squad for Saturday’s game is new signing Daniel Podence.

The 24-year-old was signed from Olympiakos for a fee of £16.9m, penning a four-and-a-half-year deal at Molineux.

The versatile attacking midfielder scored five goals and claimed five assists for Olympiakos before the move, and Nuno believes that the Portuguese will improve his side, who are currently seventh in the Premier League. “He can be a good option. He fits the profile of what we felt we should do in this transfer window, bringing in players that can improve us and make us stronger as a team,” he said.

“Before we bring someone, we have to analyse and look to see whether they fit. If it’s a good fit and it’s possible, you bring.”

Rochdale youngster Luke Matheson is set to have a medical ahead of a £1m move to Molineux. 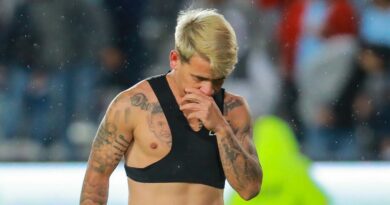