Home » Soccer » Winning Hearts and minds: The other Aussie who’s found his groove in Scotland 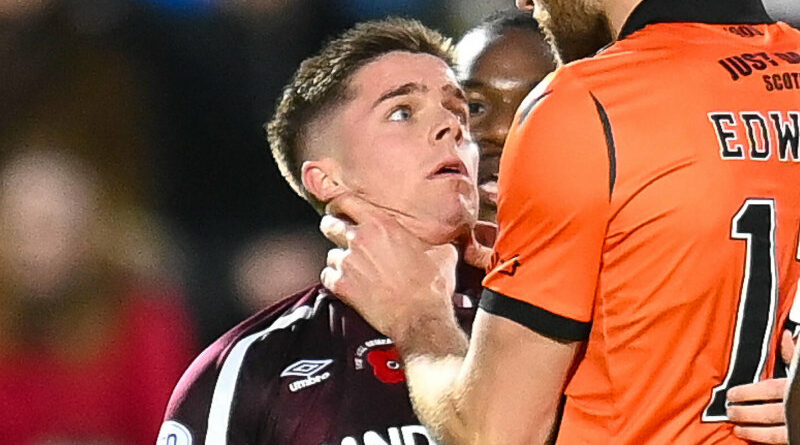 Every time Cameron Devlin plays a home game for his new club, he walks past a sign in the tunnel at Tyneside Park featuring a famous quote which explains why Heart of Midlothian fans have fallen in love with him so quickly: “Blood doesn’t show on a maroon jersey.”

It’s a golden age for Australian football in Scotland. Ange Postecoglou is leading the charge as the most revered antipodean in the country, having already claimed his first trophy as Celtic manager. Tom Rogic, the “Wizard of Oz” who has returned to career-best form under Postecoglou, is a clear number two. 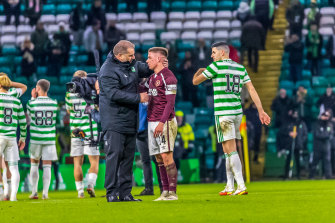 But Devlin is third with a bullet, and closing in fast. In just four months, the 23-year-old has become not only an indispensable player for Hearts but a warm favourite among the Edinburgh club’s support base, who adore his unfailing commitment to the dark arts of defensive midfield.

In turn, he is making an increasingly compelling case for Socceroos selection as the team aims to rescue its hopes of qualifying for the World Cup in Qatar. Graham Arnold is already a fan, having encouraged him to make the move to Hearts when Devlin’s agent, Tony Rallis, flagged it during the Tokyo Olympics.

Postecoglou is also an admirer. He took Devlin aside in the moments after Celtic’s 1-0 win over Hearts last month, wrapped his arm around him, and said: “So good to see you doing so well, mate. There is another level in you. Keep working hard.”

“I was hoping I’d get the chance to say hello to him after the game,” Devlin told The Sydney Morning Herald and The Age.

“Although I was knackered and gutted about the loss, it was nice to meet him and hear him say that to me, someone who has done so much for Australian football. He’s coaching fricken Celtic, man. It’s insane. The talk here, everyone likes him as well – even in Edinburgh, no one’s had a bad word to say. And everyone’s pretty opinionated over here.” 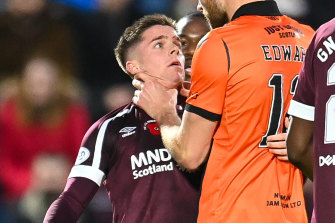 Cameron Devlin has a knack for getting under the skin of opposition players.Credit:Malcolm Mackenzie

Devlin has already felt that personally, fully embracing the good and bad that comes with being a professional in a football-obsessed nation. Hearts fans might find him endearing, but many opposition supporters are learning to hate him passionately after watching him unfurl his true colours across half a season in the Scottish Premiership.

As he demonstrated in the A-League for Sydney FC and Wellington Phoenix, Devlin is a pest, and proud of it.

Standing at just 170cm, Devlin has never been afraid to put his body on the line, or lunge out his foot, if it meant advancing the team’s interest. Sometimes it’s his mouth that gets him into trouble: on and off the field. The Sutherland Shire product is a chatterbox, which can rile rival players and referees in the heat of battle. He’s already been carded six times in his 14 games for Hearts. This reputation somewhat clouds the high workrate that underpins his footballing ability, and how he can clean up attacks from the base of midfield but also contribute to moves in the other direction.

‘I promise I’m a good bloke off the field. But on the field, I’ve just got white line fever. I just like to get stuck in.’

“I’ve been saying that for a couple of years now, that I need to shut my mouth and just get on with it. But I can’t help myself. I promise I’m a good bloke off the field. But on the field, I’ve just got white-line fever. I just like to get stuck in.

“Honestly, I’ll do anything for the team to win, and if that means putting in an extra leg when I shouldn’t – whatever it is, I’ll be the first one to do it. I’m not going to shy away, because it makes me who I am.”

The adulation he’s feeling at Hearts, one of Scotland’s biggest clubs outside the Old Firm, makes him want to empty the tank every game. The home crowd has taken to taunting opposition players by singing, “You’re just a shit Cammy Devlin”, which is perhaps the best measure of how they feel about him.

“When I’ve called home, Mum’ll say, ‘Were they singing your name?’ And just to be able to hear that, honestly, it’s pretty cool,” he said.

“It’s something I don’t want to give up and has made me realise that I want this even more than I did before I came here. I’m quite fortunate, the way I play I kind of like to get [the fans] involved. I might put in a tackle and they really like players who work hard.

“That’s what I try and base myself around. Any player that works hard and wants it really badly is going to get what they want in the long run. That’s kind of what I try and do.

“The fans, I can’t even put it into words, to be honest. I’m so grateful for it. It’s something I’ve never really seen before or experienced, going out in the street and people want to take photos with you or speak to you. If I can get a photo with someone and it makes them happy, it’s such a cool feeling that I can do that for someone, where I’m just a normal person, if you know what I mean.”

Devlin’s career has followed what many believe is the textbook trajectory for an Australian. He put together two consistent, compelling seasons in the A-League, tallying 51 games before finding a club in a good overseas league that was prepared to give him regular football. Since his debut for Hearts, he has missed only one game, and that was due to suspension.

Another Australian, Nathaniel Atkinson, has joined Hearts on a full transfer from Melbourne City. From Devlin’s experience, Atkinson will encounter a step up in intensity in Scottish football compared to back home, but he sees no reason why he or any other A-League talents can’t make the adjustment.

“It’s a perfect step for me, and all the A-League players who are doing so well – and there’s so many of them, I could rattle them off – they can make the step too, there’s no question about it. You’ve just got to put your mind to it and work hard. There’s no real secret,” he said.

“The football culture in Australia is very different to what it is over here, in terms of the support base and that. But the actual football and quality of players in the A-League I think goes quite unnoticed. I do think the A-League’s very underrated, there’s a lot of good players – especially the ones coming up, the younger players that I’ve been fortunate enough to play with and watch. There’s so many of them who are capable of coming over and succeeding.”

Devlin was nearly picked for his international debut in the last window, when the Socceroos drew with Saudi Arabia and lost to China, putting their World Cup qualification hopes in jeopardy. With must-win games coming up against Vietnam and Oman this month, Arnold could do much worse if he wants to give his midfield a different look, and the team a fresh dynamic. Few other Australian players are putting together a compelling package of recent club minutes that can rival Devlin, who seems to want it desperately.

“The Socceroos … far out, even saying that gives me goosebumps, honestly it does,” he said.

“The only way possible is to be doing well for my club. I haven’t got there yet, so my only focus is whenever I put on a Hearts jersey and even when I’m at training, just to give 100 per cent. I’m sure if I keep putting in good performances and stay at the level and get better, hopefully one day I can put that jersey on. It’ll be quite an emotional thing for me.” 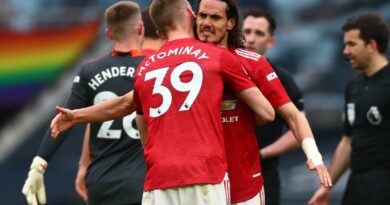 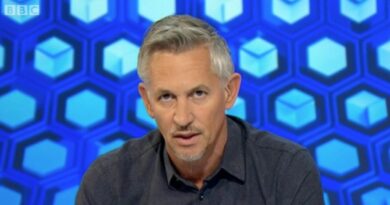