Wolves 2-1 Chelsea: A quickfire double from Raul Jimenez and Diogo Jota sinks Maurizio Sarri’s side as the Blues fall to a surprising loss at Molineux

What began as an evening where one England youth looked to have taken a chance long waited for, finished up with another seizing the spotlight all for himself. This was a match where Morgan Gibbs-White gave uplifting proof of his enormous talent.

Starting his first Premier League game, the 18-year-old did not wilt when his team went behind against Chelsea, instead becoming the catalyst for a comeback that electrified Molineux and left Maurizio Sarri’s side ten points off Manchester City.

Sarri tinkered with his team, giving opportunity to those who have been banging on his door, but was left to rue a second defeat of the campaign after the loss to Tottenham a fortnight ago. 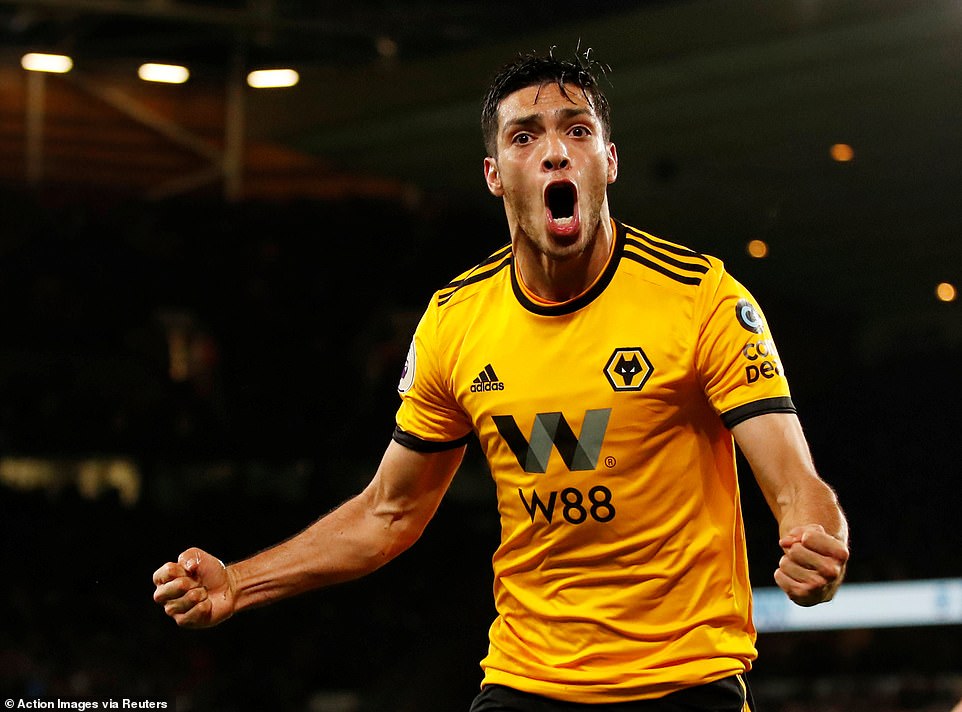 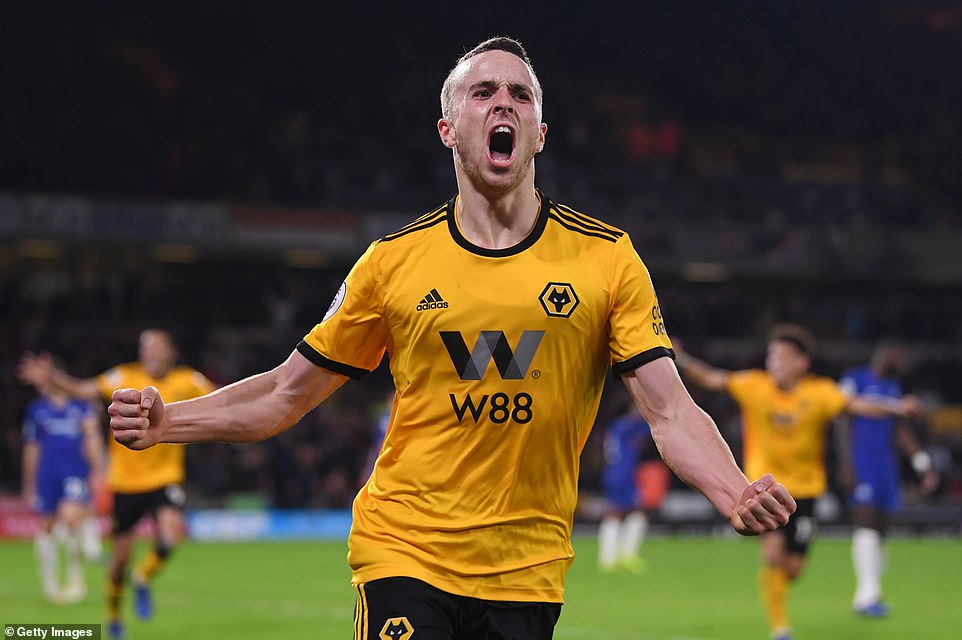 A few minutes after their first goal, Wolverhampton Wanderers added a second through Diogo Jota to go 2-1 up in the match 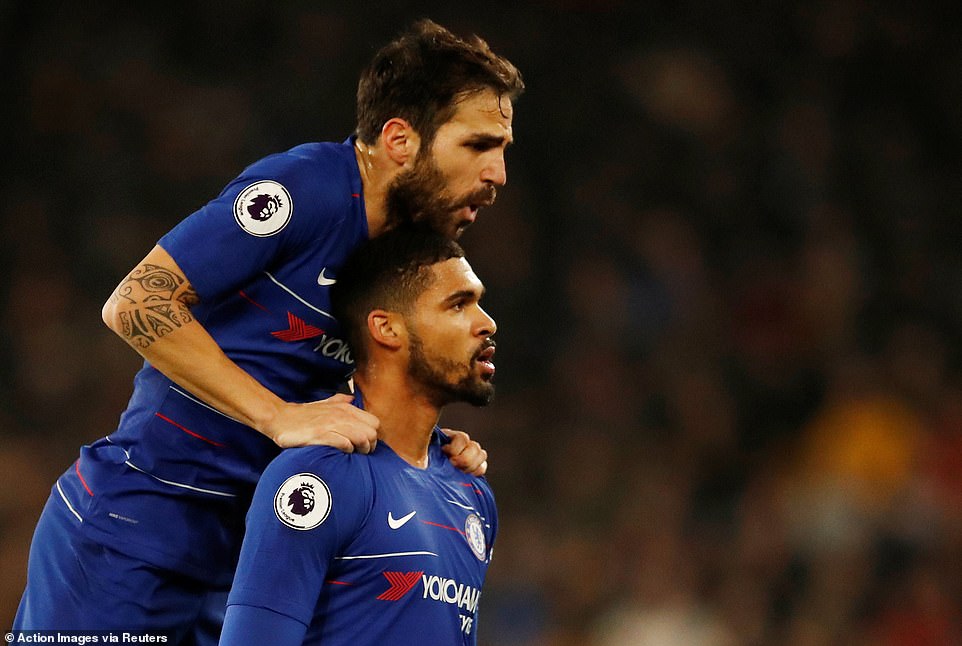 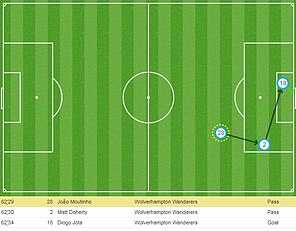 It was simple yet effective for Wolves’ second goal.

Ruben Loftus-Cheek did at least do well, scoring a deflected goal that gave Chelsea an 18th-minute lead. But the impact of Alvaro Morata and Willian was minimal, and Sarri did not even offer a glance when the pair were taken off late on.

His opposite number, Nuno Espirito Santo, was a whirring dynamo on the sidelines as the seconds ticked down, one part manager, sending on substitutes to see out victory, one part conductor, cajoling the supporters in the stands to raise the volume.

After five losses and no wins in six, this was as good a result for Wolves as it was bad for Chelsea, alleviating the doubts that had began to creep into the club in recent weeks.

It had seemed the match would follow a different course, with Loftus-Cheek pivotal.

The last time he had started a Premier League game for Chelsea, Guus Hiddink was trying to piece together the shards of a squad left by Jose Mourinho.

It was April 2016 and the fixture against Manchester City was inconsequential. So this was certainly a rare experience for him, a match that mattered.

It has been said that Loftus-Cheek, having won a World Cup place for regular outings at Crystal Palace, would push to leave on loan in January had he not started here. So perhaps we can now expect any transfer request to stay in the drawer. 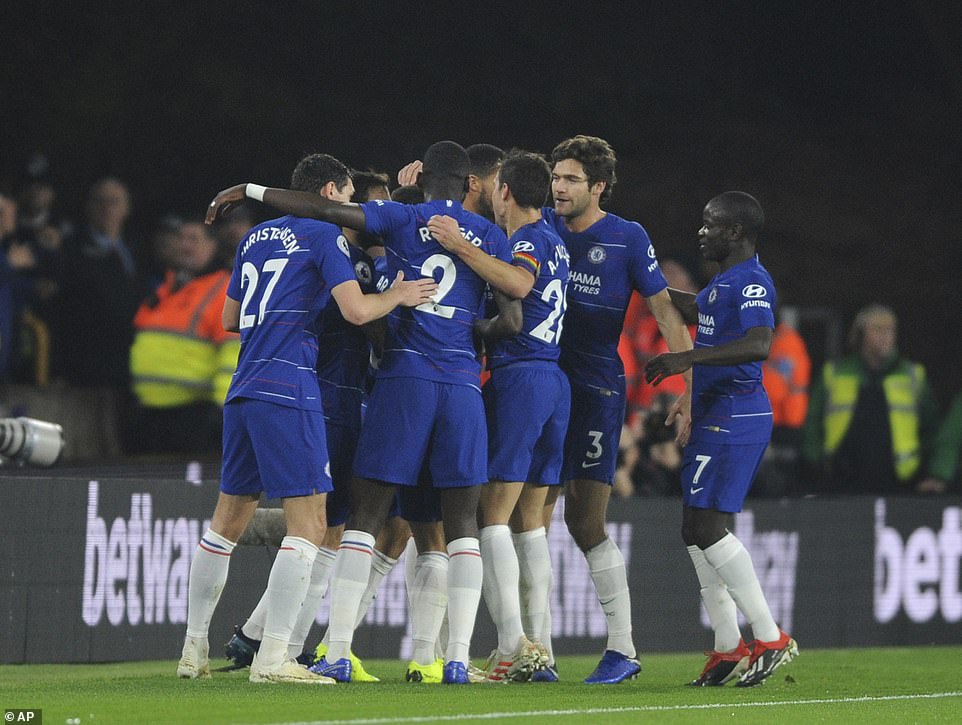 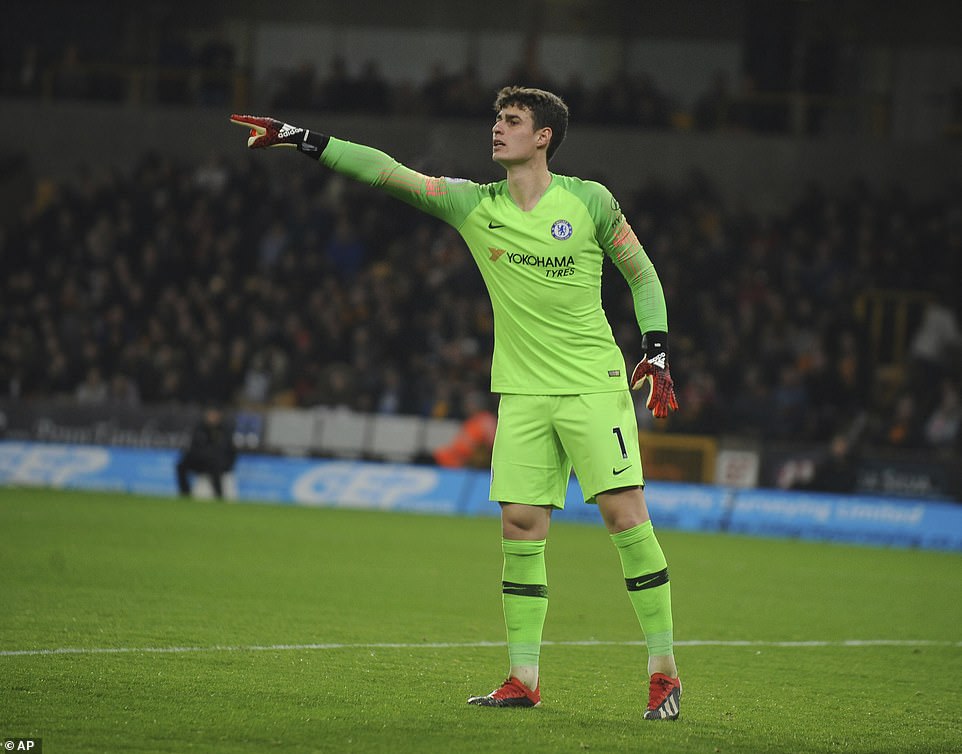 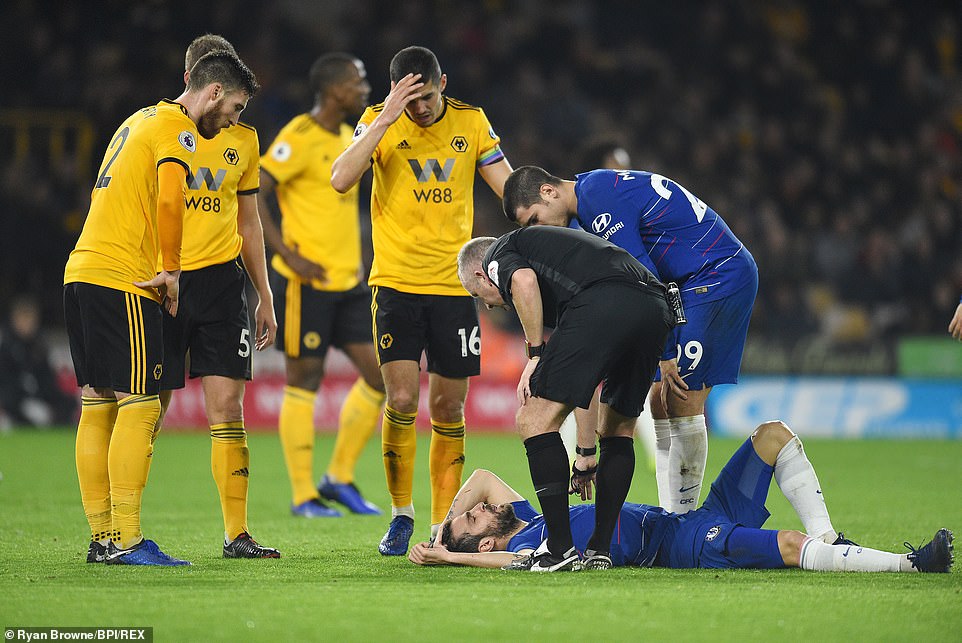 After scoring off the bench against Fulham, Loftus-Cheek merited inclusion as Sarri decided he could rotate his team. The Italian made five changes, for the first time dropping Jorginho and starting Cesc Fabregas and Andreas Christensen in the Premier League, two more players with potential moves on the mind.

Molineux, clearly, was the place for appeasement. Earlier this season that would smack of ignorance to a club with big ambitions but lately Wolves have struggled for form, before last night not winning in six matches.

Santo has been trying to find a way to reinvigorate his team and made four changes, giving Morgan Gibbs-White his first Premier League start.

The 18-year-old won the Under-17s World Cup with England and has this season delivered a series of sparkling midfield displays off the bench. This time, he was starting in the front three, with Romain Saiss instead deputising for the suspended Ruben Neves alongside Joao Moutinho. 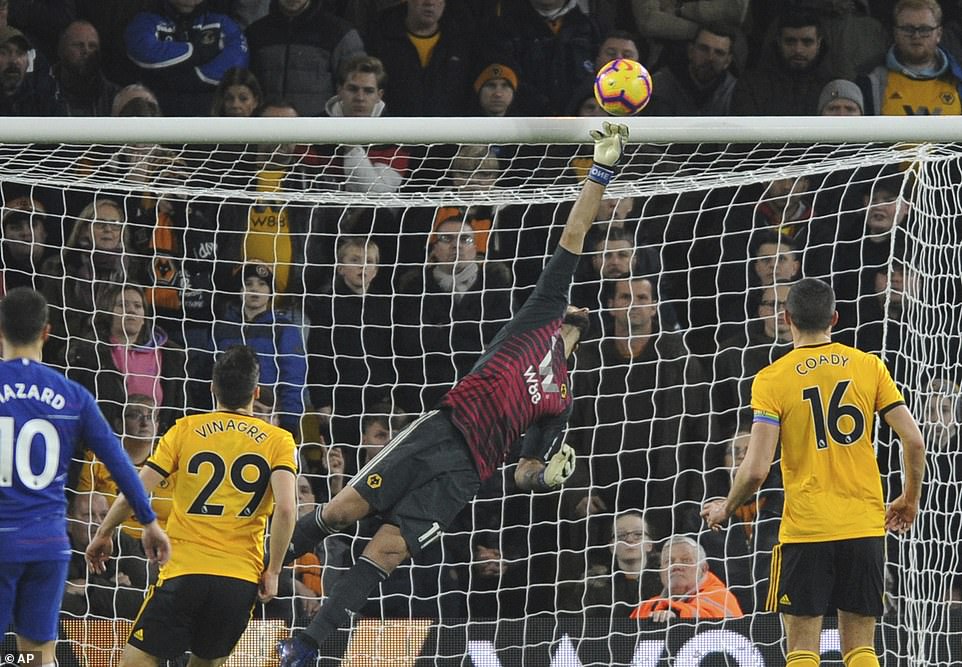 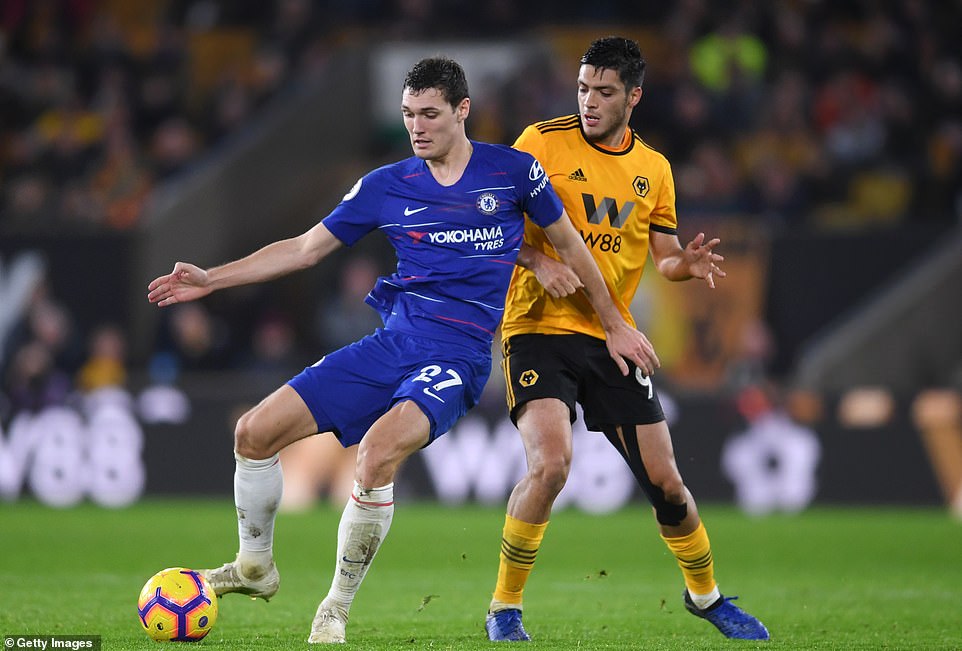 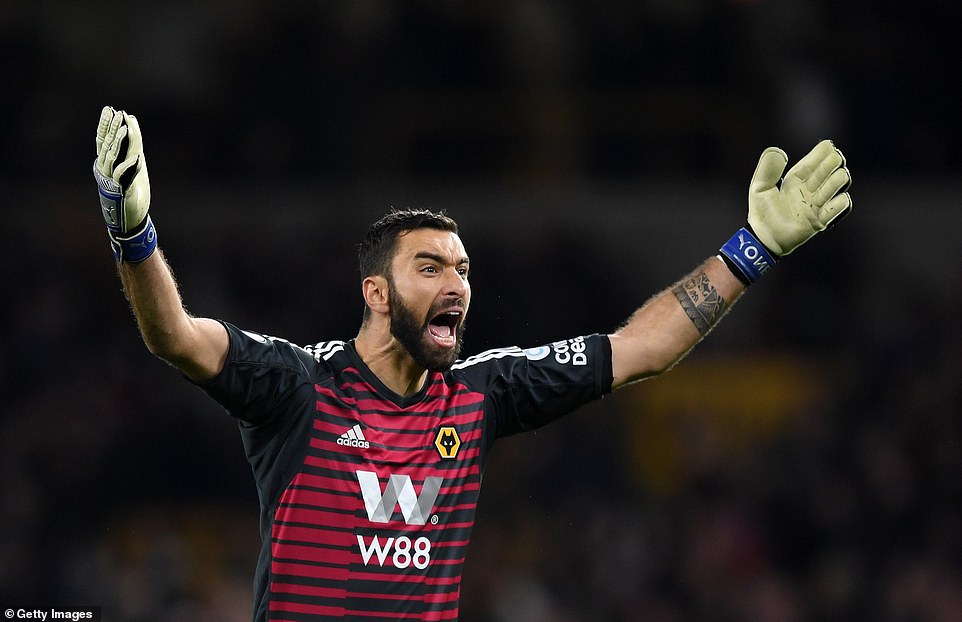 And to begin with, it looked a tactical masterstroke. Gibbs-White was Wolves’ source of energy, in one run shooting past Fabregas then cutting inside Willian to start a counter-attack. He slipped a neat pass to Diogo Jota for a chance, and turned N’Golo Kante to earn a foul.

But then, in the 18th minute, the young English talent in blue made a telling impression. Picking up the ball from Eden Hazard, Loftus-Cheek cut inside and fired a shot that in truth Rui Patricio would have gobbled up. Conor Coady though tried to deflect wide, only succeeding in glancing the ball to a new trajectory past the Wolves goalkeeper.

Loftus-Cheek’s strike was on target, so ought to be credited to him, even though Coady’s contribution turned it into a goal. Fortunate certainly, but given he is a 22-year-old that hasn’t had all that much luck in getting games he will take it.

Shortly after Patricio fared better with a super Willian free-kick that was heading for the top corner until he reached up a glove, and it looked like Chelsea would turn the screw.

But gradually Wolves regained a footing, and began to rekindle memories of testing Manchester City here in August. They were compact, and sprung forward with intensity.

Their best move of the half saw Ruben Vinagre whip a fine cross that Raul Jimenez headed down, and only an excellent tackle by Fabregas prevented Gibbs-White from having a clear finish.

Ryan Bennett delivered his own dramatic intervention minutes later, diving to block Willian as he shaped to shoot when put clear by Hazard, but Wolves had plenty to be positive about at the break. 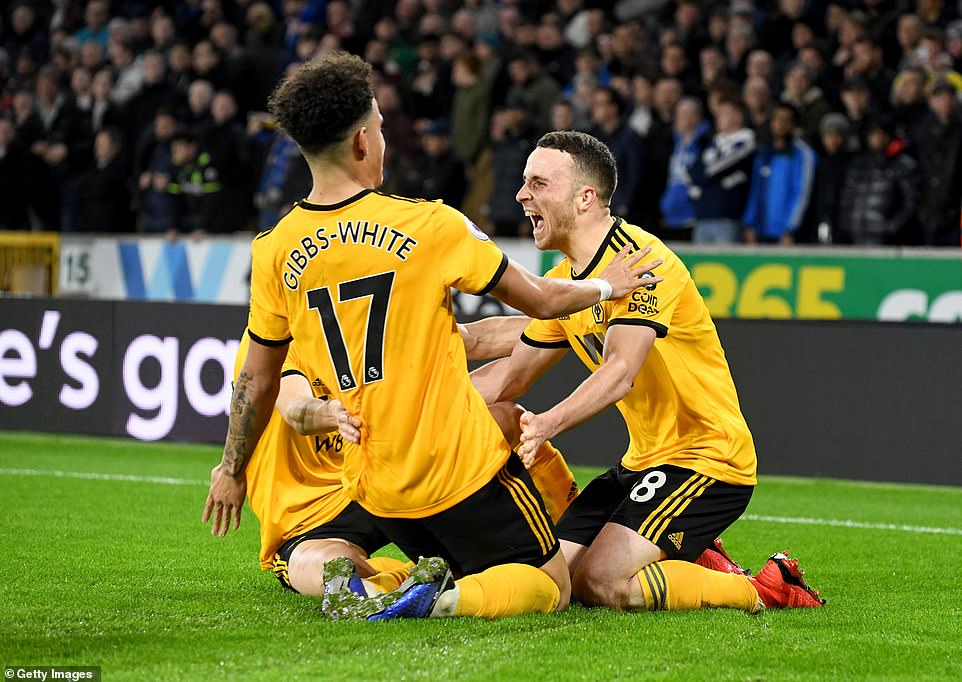 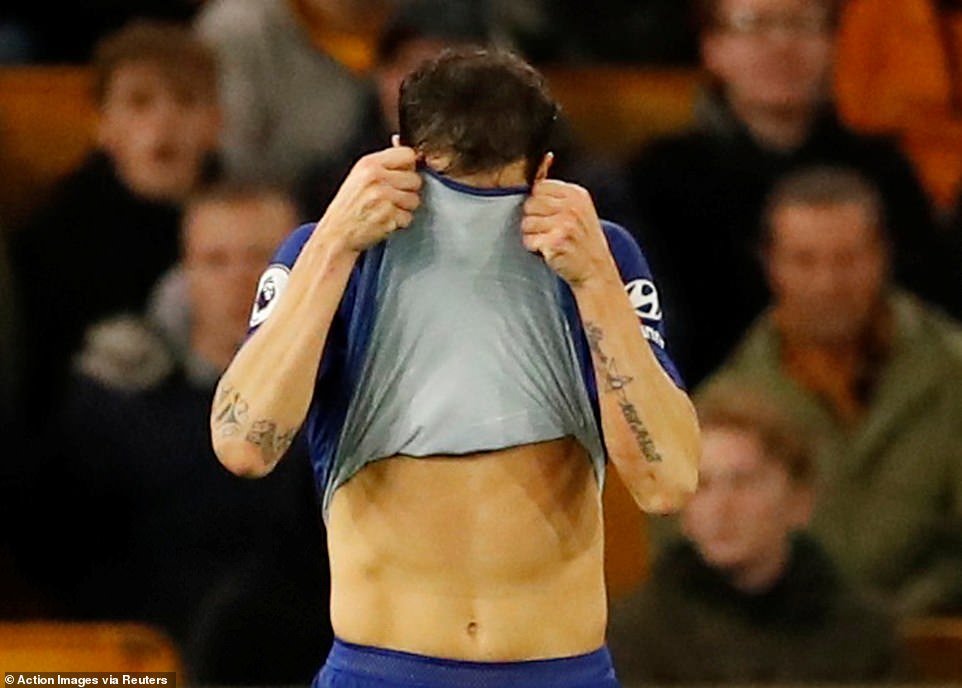 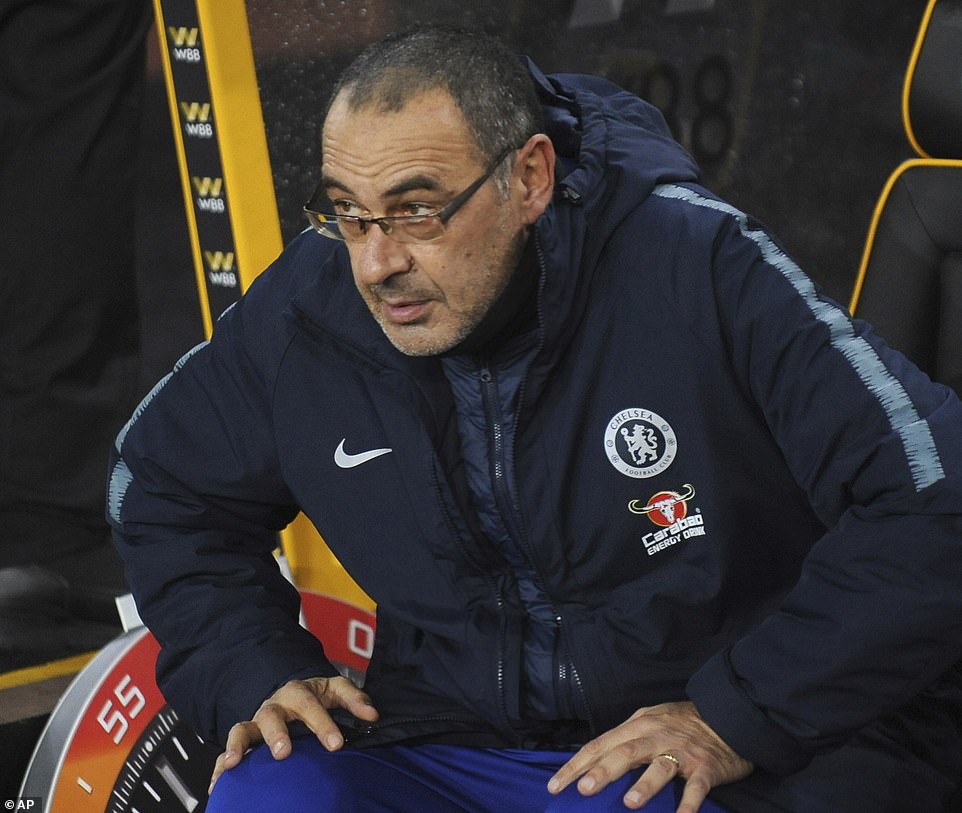 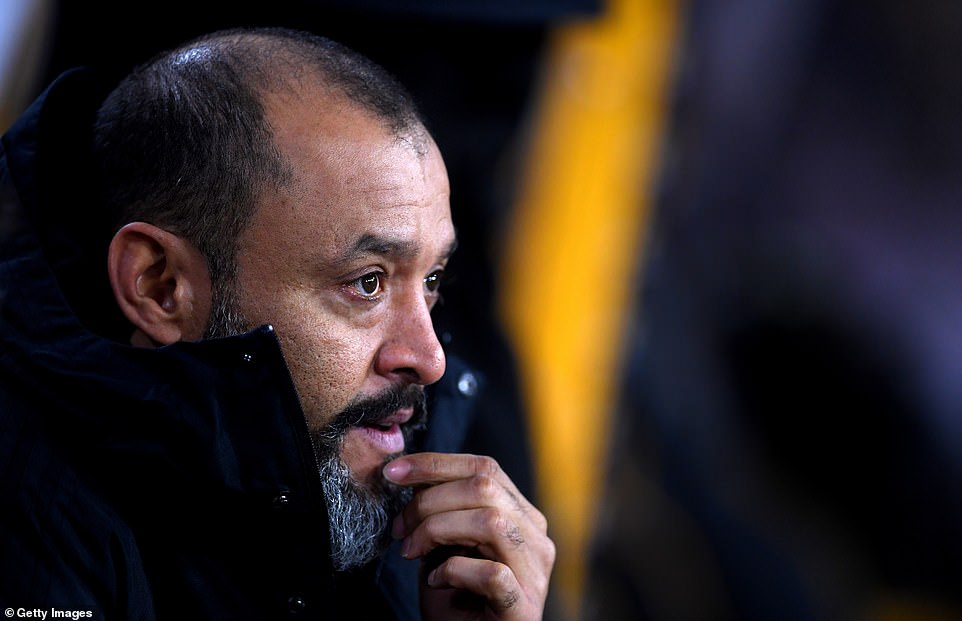 Their comeback was aided in part by the officiating. Jon Moss became enemy No 1 for a number of debatable calls against the home side, but seconds into the second half he took no action when Willy Boly looked to have taken out Alvaro Morata as he seemed certain to put the ball into an empty net.

The reprieve galvanised Wolves, who struck twice in four minutes.

Just before the hour Gibbs-White got the moment his performance deserved as he bullied Fabregas off the ball, then slipped a perfect pass in behind Christensen to set Jimenez clear. Jimenez can sometimes hesitate in front of goal but here he struck with conviction, powering the ball through Kepa Arrizabala, who it must be said should have saved.

Santo exploded, his eyes bulging up at the directors box behind him, and just as he caught his breath his team took the lead.

Moutinho dispossessed Willian with a shoulder that the Chelsea forward thought should have been punished, then fed Matt Doherty on the overlap. Doherty continued his habit for attacking effectiveness, crossing low to the back post where Jota was waiting to tap in. 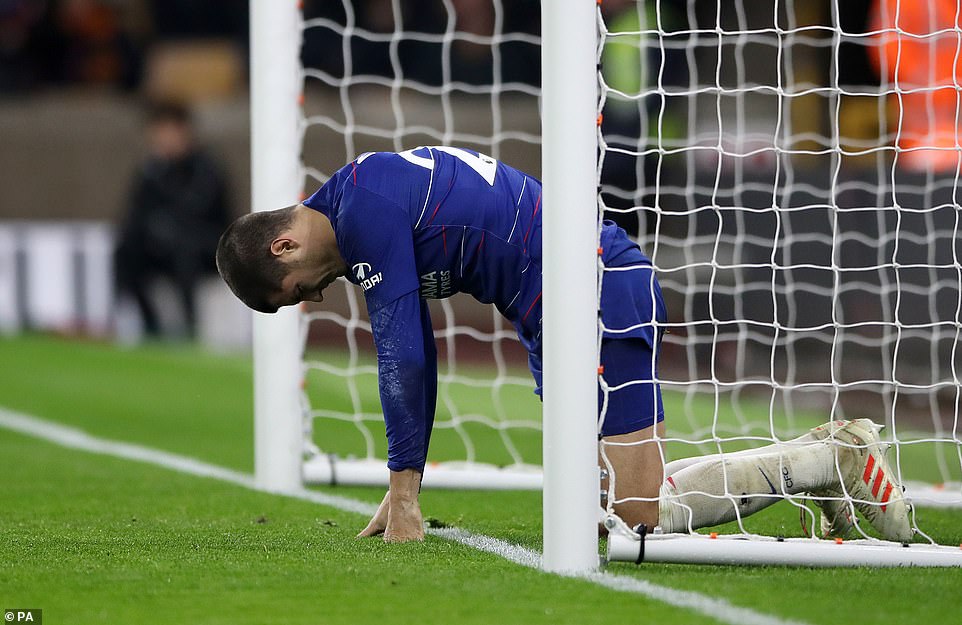 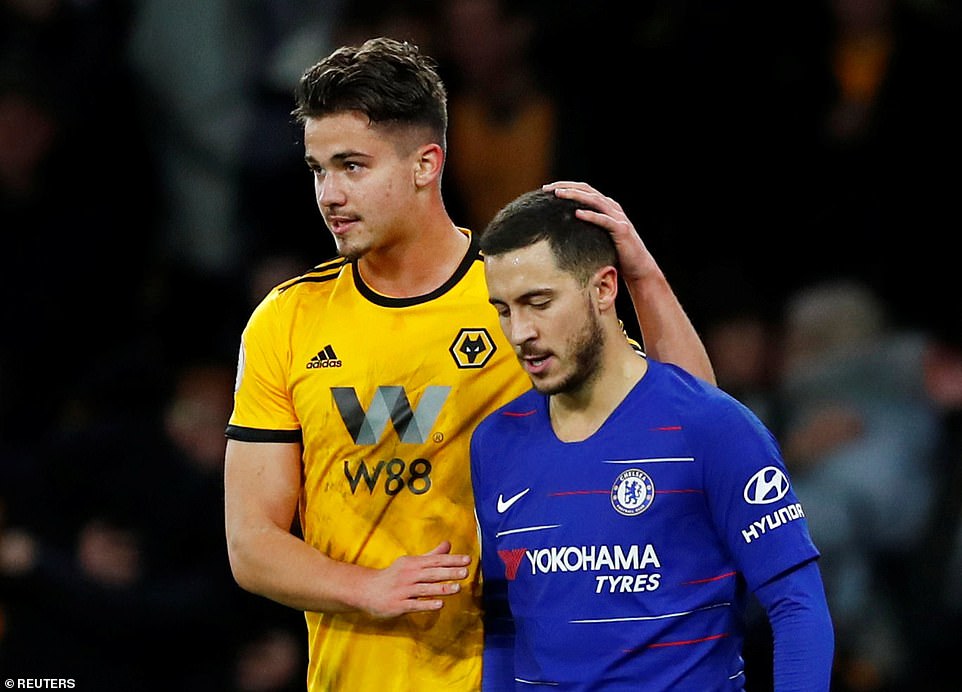 Antoine Griezmann: Playing with Lionel Messi at Barcelona will be incredible 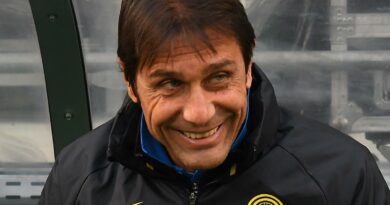