Megan Rapinoe wants action on the issue of equal pay after helping the United States to a fourth Women’s World Cup final triumph.

The USWNT beat the Netherlands 2-0 in France on Sunday to retain their title, with Rapinoe scoring a second-half penalty before Rose Lavelle found the net as well.

At the next World Cup in 2023, FIFA president Gianni Infantino wishes to double the prize money to $60 million, yet at the men’s competition in 2022, teams in Qatar will have a pot of $440 million.

Rapinoe, who spoke at length on the issue prior to Sunday’s final, revisited the matter again having collected her Golden Boot and Golden Ball awards for the tournament’s top scorer and best player.

She also called for action from the US Soccer Federation (USFF), with the players in Jill Ellis’ team having taken legal action against the governing body earlier this year over pay disparity and working conditions.

“Everyone’s asking what’s next and what we want to come all of this – it’s to stop having the conversation about equal pay and are we worth it,” Rapinoe said.

“This game has done so much for all of us, we’ve put so much into it. I think it’s a testament to the quality on the field.

“I don’t think everything else is matching that. How we do get everything to match up and push this forward because I think at this point the argument that we have been having is totally null and void.”

She added in the post-match press conference: “It’s time to move that conversation forward to the next step. A little public shame never hurt anybody, right?”

Rapinoe, who scored six times in France, was presented with both of her individual prizes by Infantino on the pitch after the game.

Asked what they spoke about, she replied: “Just pleasantries. There was a wry smile in there, for sure. He knows that I know.

Infantino would also have heard fans in the stadium chanting ‘equal pay’ while he was on the pitch.

Rapinoe and her USA team-mates will share a pot of $4 million for winning the tournament, with France’s men’s squad earning $38 million for triumphing in Russia last year.

“Love it,” Rapinoe said of the chants.

“To have a full stadium in a foreign country, the movement is just swelling before our very eyes. 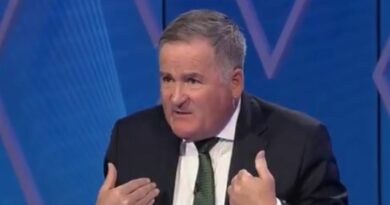 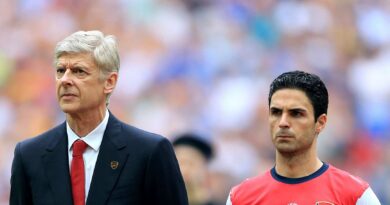