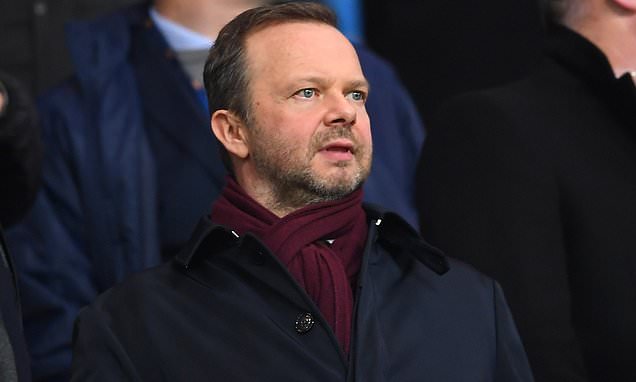 OLIVER HOLT: Ed Woodward has failed to bring the glory days back to Manchester United but the club’s problems run far deeper than the outgoing vice-chair… he is not an idiot or a snake, just the wrong man at the wrong time in a hellishly difficult job

On the occasion of his departure as Manchester United’s executive vice-chair, it is only right that we should pause for a moment to consider the positives of Ed Woodward’s reign.

There have been a few. United were not relegated once. They became the first English side to sign a deal with an Official Global Mattress and Pillow Partner. And Woodward never, ever dismembered any of his critics with a bone-saw.

That, of course, is a courtesy which can no longer be taken for granted in the modern Premier League ownership model. Beyond that, things get a bit hazy. 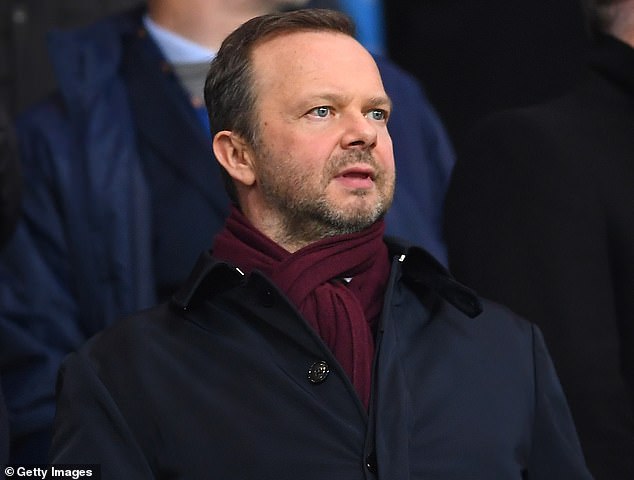 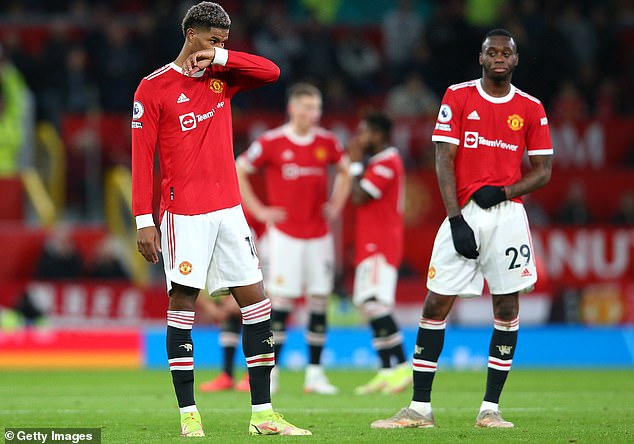 As Woodward prepares to leave the club on February 1, it is hard to argue that United are any closer to winning the league title than when they finished in seventh place at the end of the 2013-14 season, his first campaign after he was given responsibility for running the club for the Glazer family. A glance at the current Premier League table shows United languishing one place below Spurs, who are sixth.

Four full-time managers — four Woodward appointments — have ventured into the post-Sir Alex Ferguson wasteland and all four, as Woodward accepts, have fallen short.

United are fresh from the merriment of appointing an interim interim manager before Christmas and now that they have a full-blown interim in Ralf Rangnick, the rumours are that the players are less than impressed with him.

When they emerged from the tunnel before their defeat by Wolves last week, United’s stars bore the weary, resigned countenances of men walking to the gallows. A whole host of them want out, apparently. 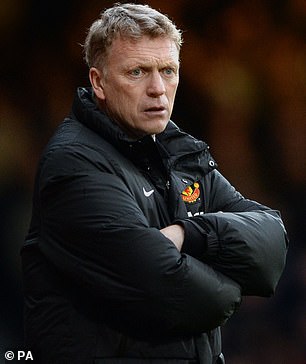 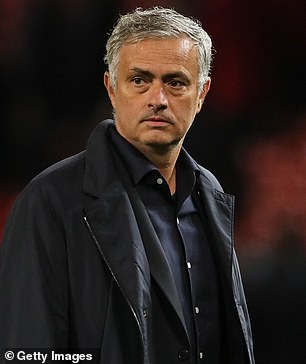 Woodward has seen off four managers at United, including David Moyes and Jose Mourinho 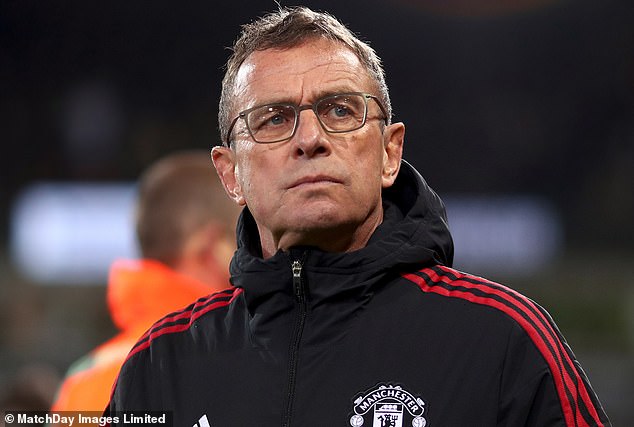 After the way they threw Ole Gunnar Solskjaer under the bus and are now sulking through Rangnick’s early days, they will not be missed when they go.

The club feels toxic again. In the tortured struggle to regain their supremacy, it feels as if United have not yet hit bottom.

And that’s before we get to the accusations that Woodward was the main architect of last year’s ill-begotten, ill-fated European Super League venture which was led, in this country, by the owners of Liverpool and United and which would have destroyed the Champions League, ripped the heart out of the Premier League and undermined the fabric of the entire English football pyramid.

Woodward visited Downing Street a few days before the launch of the ESL in what was said to be an attempt to gain support for it from Prime Minister Boris Johnson. UEFA president Aleksander Ceferin called him a snake.

Even for a man who had had his name flown in vain from the back of a plane, Woodward’s stock hit a new low.

It is easy to lay the blame for all of this at Woodward’s door and over the years, believe me, I have.

He is known to regret, for instance, saying that United’s financial success would not be affected by their league position and his persona became inextricably linked with owners despised by the fans for burdening the club with so much debt. 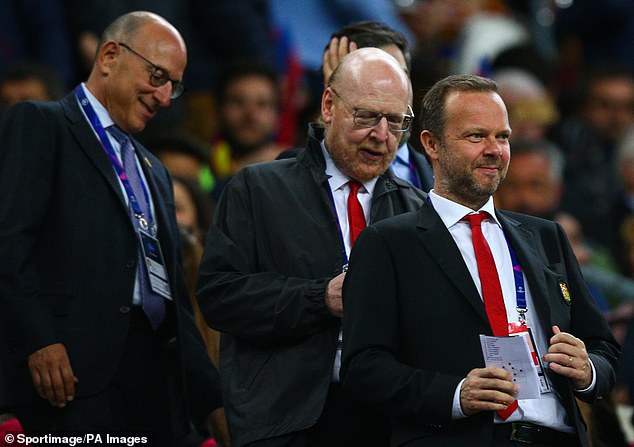 In a hellishly difficult job, he found it difficult to shake the impression he was too often taken for a fool by the sharks who populate the game.

To his credit, in the wake of the announcement of his departure, Woodward has not sought to avoid responsibility for his failures in managerial appointments and player recruitment — the main areas where he knows he will be judged.

He is thought to accept that he would get a ‘low score’ for recruitment, in particular. He has seemed more honourable and more relatable in his leaving of United than at any other time at the club.

Many of us admired the way he stuck by Solskjaer when many ridiculed him for it. Solskjaer built the club back up after Jose Mourinho’s usual scorched-earth act left it in disarray and, together with Woodward, oversaw steady progress, with a second-place finish last season. That progress has come to a grinding halt. 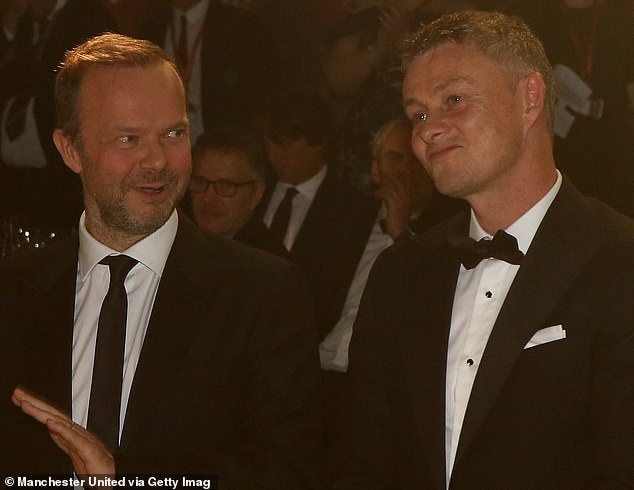 His support for Ole Gunnar Solskjaer during difficult circumstances was admirable 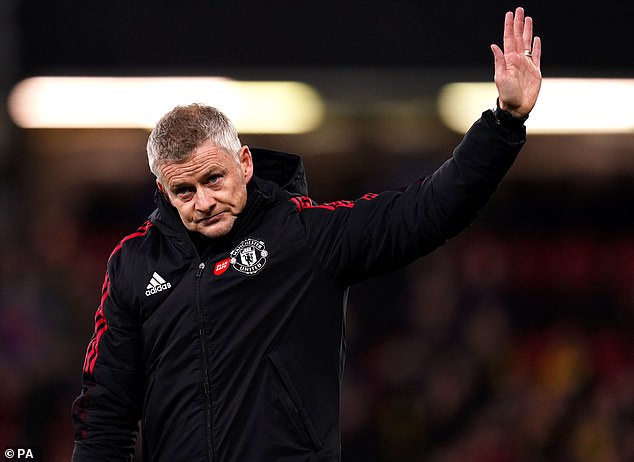 Woodward is looking forward to having more time to read when he leaves the club and his current book is the acclaimed Donna Tartt novel, The Secret History. It suddenly feels rather apt. Sources close to him are adamant that his role in the European Super League misadventure, in particular, was inaccurately portrayed. His resignation in the aftermath of the botched launch was seen at the time as paying the price for another failure but friends insist he resigned on a point of principle.

It has been reported in recent days that Woodward never believed the ESL clubs would go ahead with the breakaway. His predecessor at United, David Gill, had told him that the threat of a Super League would be ‘used over and over again as a stick to try to get a negotiation out of UEFA’. Woodward thought the latest manoeuvres were just more posturing.

Some have accused Woodward of trying to rewrite history with that narrative but he has told friends he doesn’t care any more whether people say he was a snake or simply an idiot. His great regret is that, even though he communicated to the Glazers that he did not think the ESL was right for United, he did not make it clear that he believed it was so wrong for the club and for English football that he would resign if it happened.

United sources say he is still astonished that ‘people jumped off a cliff blindly’. 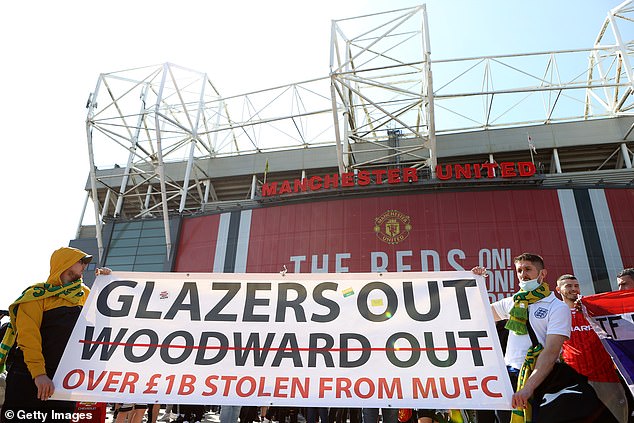 His visit to Downing Street may not have been quite how it was later portrayed, either. Woodward and Boris Johnson’s chief of staff, Dan Rosenfield, are friends and the United executive vice-chairman had been invited to No 10 for an informal visit, ‘a cup of tea and some fruit and yoghurt’. The ESL was not on the agenda.

Woodward bumped into the Prime Minister on his way out. Their conversation, apparently, lasted for about a minute. There were three hurried topics of chat, witnessed by two other people.

Mr Johnson told him that one of his sons was a Newcastle supporter. Woodward told the Prime Minister that he had once bought for charity a drawing Mr Johnson had done of a London bus. And Mr Johnson asked if Woodward believed the Government was doing enough to get fans back into stadiums. Again, the ESL was not mentioned.

Many United fans regarded Woodward’s involvement in the ESL farce as the last straw. They did not mourn when Woodward resigned. 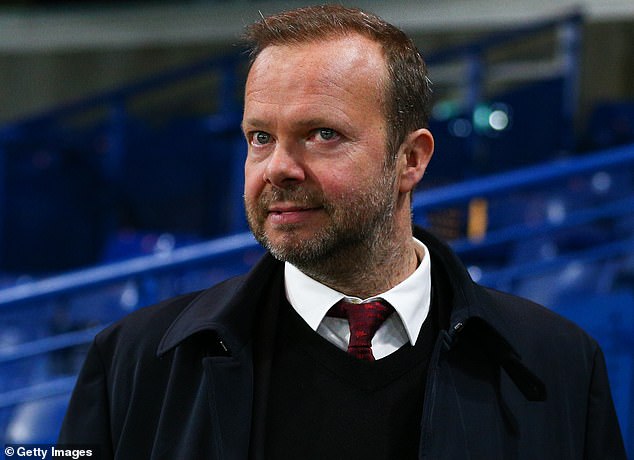 But he is not an idiot or a snake, just the wrong man at the wrong time in a hellishly difficult job

But however easy it might be to make him the scapegoat for all that is wrong at Old Trafford, it is more complicated than that.

The problems run deep. They run from the owners down through the executive all the way through to the playing staff and are exacerbated by the weight of the club’s history. Woodward tried to fix the problems and he failed.

So, idiot or snake? Woodward is neither. Just a man who was given one of the most daunting hospital passes in English football history by being charged with trying to recreate the glories of Ferguson.

When the Glazers pushed things too far with the ESL, Woodward walked away. But football demands a fall-guy for every misfortune and Woodward was United’s anointed victim — made a symbol of a great club’s fall from grace.

Novak Djokovic may never have been banged up in a place like Melbourne’s Park Hotel before but he is used to dealing with suspicion and distrust.

His anti-vax views are increasingly hard to reconcile with social responsibility and a peripatetic career in professional sport but the glee that has greeted his detention in Australia has its root somewhere beyond medical science and in the fact that he is about to dethrone the revered Roger Federer and Rafael Nadal as, statistically, the greatest men’s tennis player of all time.

Newcastle United have made two good footballing decisions since they were bought by the oppressive, authoritarian Saudi Arabian state. Eddie Howe is a fine manager and Kieran Trippier is a player to be admired.

Newcastle are in the relegation zone but, even in the wake of the FA Cup defeat by Cambridge, it is hard to shake the feeling Saudi money will keep them up. Then the sportswashing will begin in earnest. 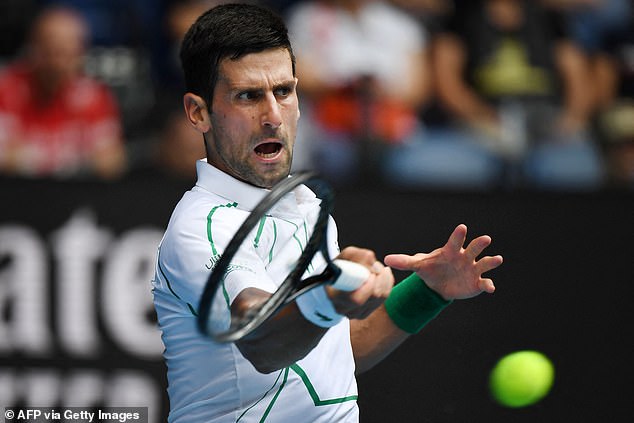 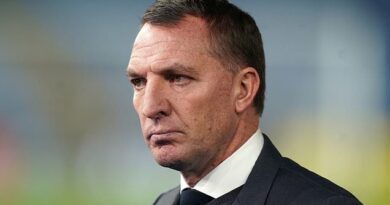 Brendan Rodgers unfazed by the mounting pressure at Leicester