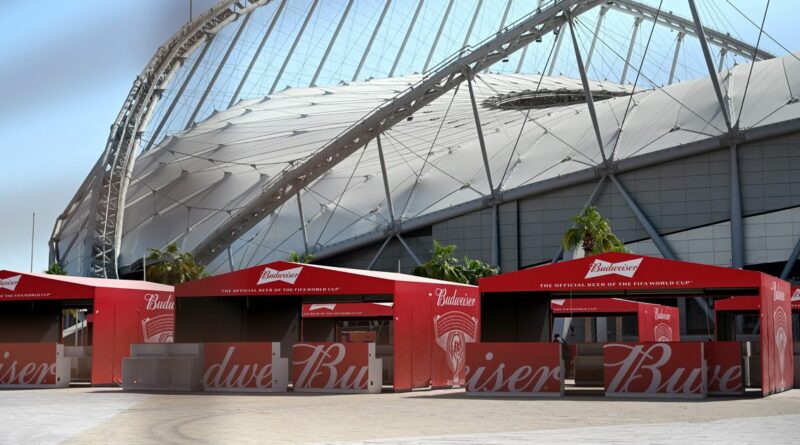 FIFA's late decision to ban alcoholic beers from Qatar's World Cup stadiums could cost them a mammoth £40million thanks to their previous agreement with Budweiser.

Football's governing body and the hosts released a joint statement on Friday (November 18) which detailed plans to 'focus' the sale of alcoholic beverages to selected fan destinations – despite their deal with the American lager brand.

With that deal thought to be worth £63m, it has been reported that Budweiser are looking for compensation for their loss in sales.

The Sun report that FIFA's U-turn could cost them a huge £40m compensation fee, with Budweiser tweeting a photo of a warehouse stockpiled full of beer.

The only beer that will be consistently on sale to fans at stadiums during the month-long tournament will be the non-alcoholic alternative Budweiser Zero.

Budweiser's deleted response to news of the restrictions over their sale of alcoholic beer at the World Cup led to amusement from their followers.

Would a beer ban put you off going to football matches? Tell us in the comments section below.

One response said: "Budweiser have had a blinder here."

The only place that alcohol has a good chance of still being available in stadiums is hospitality boxes, which start at around £18,850 for one match.

FIFA president Gianni Infantino insisted that they are '200%' in control of the tournament after reportedly being pressured into the beer ban.

He added: "Let me just assure you that every decision taken at this World Cup is a joint decision. Every decision is discussed and debated and taken jointly."

Chelsea star Willian 'has already sealed his reunion with Mourinho'