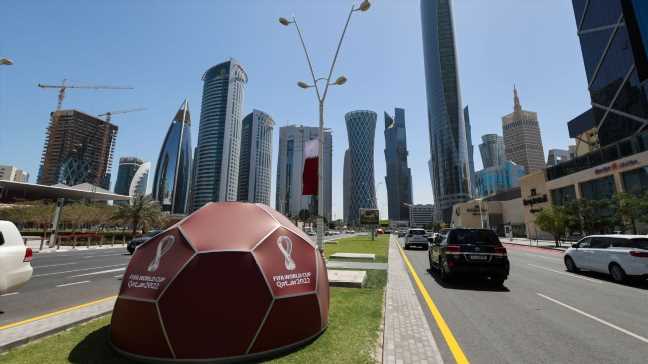 DOHA, Qatar — For Qatar, the World Cup draw Friday is the bell signaling the last lap of a race that began more than two decades ago. That’s when the Gulf state — poor in square miles, population and (back then) name recognition, but rich in per capita GDP and ambition — decided to make sports one of the central planks of its development.

Sports would raise the country’s profile, drive business opportunity, provide some sort of legacy for the day when, inevitably, the oil and natural gas run out. It was just one prong of the strategy — security (the U.S. military’s Gulf Central Command is in Doha), media (Al Jazeera) and education were also priorities — but in some ways, it was the most significant.

– Ogden: How the World Cup contenders are shaping up
– World Cup finals draw: Date, time, format, seeds
– World Cup: Who has qualified and who is still in contention

The most significant step in the journey was back on Dec. 2, 2010, when a vote by FIFA’s Executive Committee awarded them the 2022 World Cup. It would turn out to be a day of controversy — three of the 25 ExCo members were suspended for corruption before the vote even took place, another 11 who voted that day were subsequently banned, prosecuted or suspended, and longtime FIFA president Sepp Blatter was ousted a few years later — but it meant Qatar was on its way and there was no turning back.

And now, stuff gets real.

The draw Friday will determine how the 32 participating nations will line up in groups of four. Well, almost — real life, of course, has gotten in the way in the form of a pandemic and a war, which means three spots are still to be determined. Barring any further twists, one will be contested by Ukraine, Scotland and Wales, another by Australia, United Arab Emirates and Peru and the final one by Costa Rica vs. New Zealand. While most of FIFA’s 211 member nations had their World Cup dreams crushed a long time ago — and a few just in the past 10 days — fans in 37 countries can continue to hope, at least until June, when the final qualifiers are played.

What will they find when November rolls around and the so-called Biggest Show in Sports kicks off? A World Cup like no other.

For a start, we’re used to countries hosting World Cups, but this is essentially a tournament held in a single city, Doha. Qatar has a population of nearly 2.5 million, and nearly 90% of them live in the Doha metropolitan area. Seven of the eight venues are either in central Doha, or within a couple of miles of the city limits. The one that’s not (Al Khor) is a mere 30 miles away. Never before in the history of the game has so much “stuff” — players, fans, sponsors, executives, hangers-on — been concentrated in so little space.

Also, never before has a World Cup been contested in a place that feels so new, so unmoored from the constraints of history and, specifically, from football culture.

Qatari culture is rich and ancient: People have been living here since the Stone Age, but the nation itself only achieved independence in 1971 and, for much of its history, it was ruled by others, whether British, Saudi or Ottoman. That independence, broadly coinciding with the discovery of vast oil and natural gas reserves, was a blessing. Its riches were — relatively speaking — spared from being extracted by foreigners, and it suddenly found itself with a blank slate in terms of development and the cash to make (almost) anything happen.

Doha felt like a vast construction site when I first visited nearly 20 years ago and while it’s bigger and bolder today, it still feels like a work in progress. Very little that is tangible is older than the turn of the millennium: not the luxury tower blocks, not the mega-malls filled with familiar brands, not the stadiums themselves. Most of them look like what you would expect them to look like: striking architectural follies that look especially impressive from afar, though one (Stadium 974) deserves credit for creativity, as it was built entirely from shipping containers and will be disassembled after the tournament.

They too contribute to the air of impermanence and rootlessness: You’re in Qatar, but you could be anywhere — anywhere that sports and entertainment, sponsors and politics meet.

In some ways, that’s an unfair criticism. The past few World Cup hosts (Russia, Brazil, South Africa, Germany) didn’t just have strong and distinct footballing cultures; they were powerful global country brands too. There was an identity there that folks were familiar with and which the tournament built on. Qatar doesn’t have that luxury. To many, they are what the world chooses to project on them: a cookie-cutter, uber-wealthy Gulf petro-state with an absolute ruler, garish luxury constructions and designer stores, a nation that mistreats migrant workers and likes to accumulate shiny assets, like the 2022 World Cup, in fact. Fair? Probably not.

Qatar would point to the strides they’ve made — especially relative to their neighbors — in terms of women’s rights, democratic process, education and, thanks in part to the spotlight the World Cup has brought, migrant worker rights and working conditions, too. But clearly there’s still more work to do. And if the 2022 World Cup is to have any purpose for the country, beyond providing global sports entertainment and bragging rights, they will need to get better at telling their story to the rest of the globe.

The bell has been rung, this is the last lap. Now is when you have to make it count. 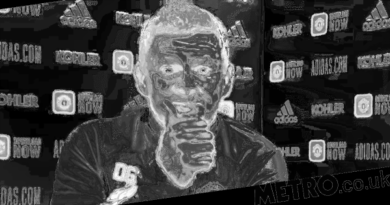