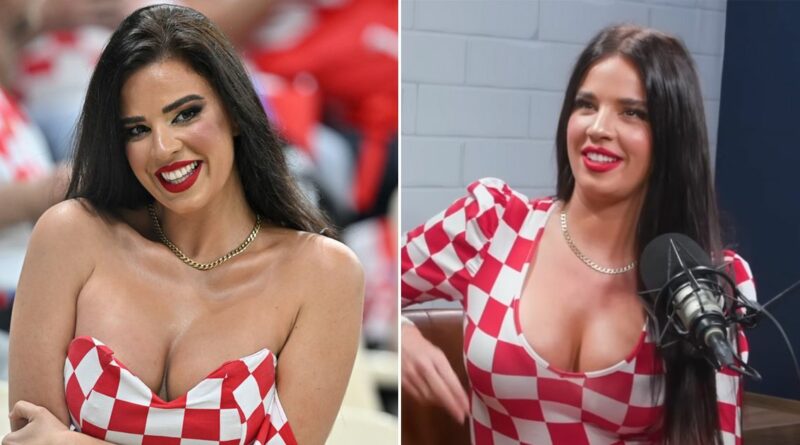 Ex-Miss Croatia Ivana Knoll's celebrity crush is just as much of a knockout as her.

Knoll, the Croatian model who rose to fame for her raunchy outfits at the World Cup, picked her favourite celeb beau during a recent appearance on a podcast. And to the surprise of many, she opted for former heavyweight boxer Wladimir Klitschko.

Quizzed on who she most fancies from the world of celebrity, Knoll quickly replied: "I have one guy, who, for me, is the best of the best. Wladimir Klitschko, he's one, nine, eight, six, six."

READ MORE: Football's sexiest influencers who have billions of fans drooling over their racy footy pics

The podcast host was taken aback by Knoll's choice, which she then went on to explain further. She said: "He's like my ideal [man]."

Struggling to contain his laughter, the podcast host returned: "Wladimir Klitschko, I mean, he's good-looking. But that's a scary guy."

Are you a fan of Ivana Knoll? Let us know in the comments section

Klitschko, who was once engaged to Hollywood actress Hayden Panettiere, was one of the biggest names in boxing in his heyday.

The 46-year-old held the world heavyweight championship twice and fought some of Britain's best fighters, including Tyson Fury, whom he lost to in November 2015, surrendering his unified titles.

He retired from boxing in August 2017, just a few months after losing a Wembley battle against Anthony Joshua. Following Vladimir Putin's invasion of Ukraine in February 2022, Klitschko joined the Kyiv Territorial Defence in response to the assault.

Knoll, meanwhile, represented her country in a slightly different way after shooting to fame during the World Cup. The German-born model caught the eye of fans after posing in skimpy Croatia-themed outfits throughout the tournament.

It saw her social media following sky rocket, even attracting the attention of some the competition's players. Speaking to Barstool Sports, she said: "Yes! I remember a few players messaging how are you, blah blah blah."

"Some of the players would say sorry for tomorrow before the game… I would not respond until they lost!"

Knoll has now seemingly set her eyes on the great and good of Hollywood, after being spotted partying with the likes of Jamie Foxx and rapper Drake in the United States earlier this month. 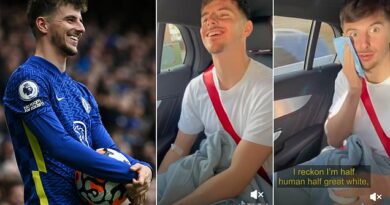 Mason Mount shares hilarious clip after getting his wisdom teeth out