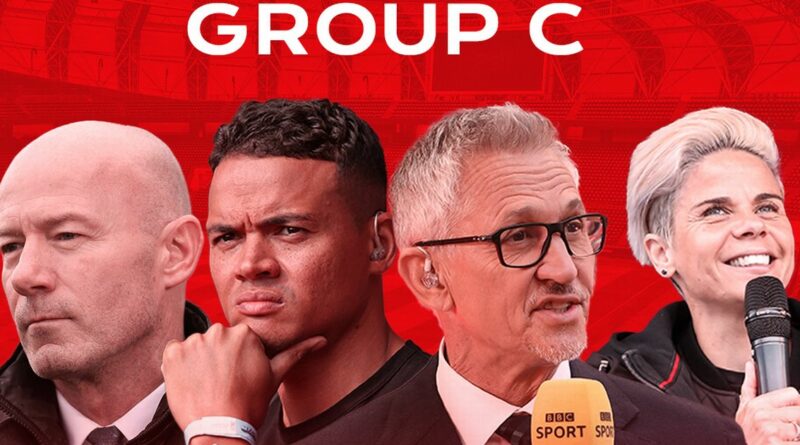 The World Cup of Pundits moves onto Group C today – and it could cause a bit of a stir in the Match of the Day studio.

Alan Shearer, Jermaine Jenas and Gary Lineker will face-off against each other for bragging rights next time they're all back together hosting the popular football highlights show next season.

But the MotD boys will also have to overcome women's legend Sue Smith – who's bound to give them a run for their money.

You can vote for your favourite in our poll below.

Let us know in the comments who you've voted for and let your favourite pundits know you're supporting them on social media.

HAVE YOUR SAY! Who is your favourite football pundit? Let us know in the comments below…

No doubt Newcastle United's newfound riches and the extraordinary run Eddie Howe's side went on had something to do with it, as Shearer was able to sing his beloved Magpies' plaudits for the first time in a long while.

He was left rather angry at Newcastle's exit from the FA Cup, though, branding their 1-0 defeat to League One outfit Cambridge United "pathetic", shortly before the Magpies turned their fortunes around.

Shearer also ripped into the "chaos" at Manchester United under Ralf Rangnick before taking aim at Scott McTominay and Harry Maguire for their performances.

The Premier League's all-time top goalscorer clearly a Match of the Day regular for a reason – with his straight-talking approach and deep insight of the game bound to earn him plenty of votes.

Shearer made it through to the semi-final last year, where he was ultimately knocked out by his fellow Match of the Day pundit Gary Lineker, but can Alan prove victorious this year?

Such has been Jermain Jenas' impact since joining Match of the Day that he's even been linked with replacing Group C rival Gary Lineker as host one day.

He's also a regular feature on BT Sport, where he was left purring after Mohamed Salah's wonder goal against Watford last season.

But Jenas is not opposed to a bit of controversy, hitting out at Southampton boss Ralph Hassenhuttl for his comments following his side's 1-1 draw with Manchester United.

Hasenhuttl criticised the United players' work rate but Jenas claimed the Saints boss "should focus on what his team are doing" and not talk about other teams.

Jenas's success as a pundit has led to him also branching out to presenting The One Show – perhaps he's getting the practice in for when Gary Lineker decides to hang up his Match of the Day boots?

Getting out of the group phase would certainly cement his status as an up-and-coming pundit star.

Ex-England striker Gary Lineker has became synonymous with Match of the Day since taking on the show's top job in 1999.

He's clearly got a strong fan base, who voted him all the way through to last year's World Cup of Pundits final.

Sadly for Gary, he lost out on the top prize to Roy Keane – so we thought we'd invite him back for another go.

It's been another strong year in the Match of the Day hotseat for Gary, who also regularly shares his views on Twitter.

He one of the biggest names to callout French authorities for "talking bull****" over ticket fraud claims following the horror scenes at the Champions League final.

Gary was also highly critical of VAR all season, while also getting regular jibes in about Manchester United's struggles.

Smith often flies under the radar but is often bang on the money when it comes to offering insight on televised matches while also showing a real passion for the game.

In a rather amusing incident, Sue was in the stands for Sky Sports when West Ham defender Lucy Parker was left red-faced after receiving a direct hit to the face from Anna Leat's drop-kick.

She also recently said that Manchester City star Lauren Hemp will be key if the Lionesses are to go all the way at Euros 2022 this summer.

Can she embarrass the Match of the Day team and beat them out of the group stages? 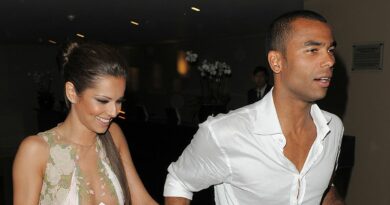