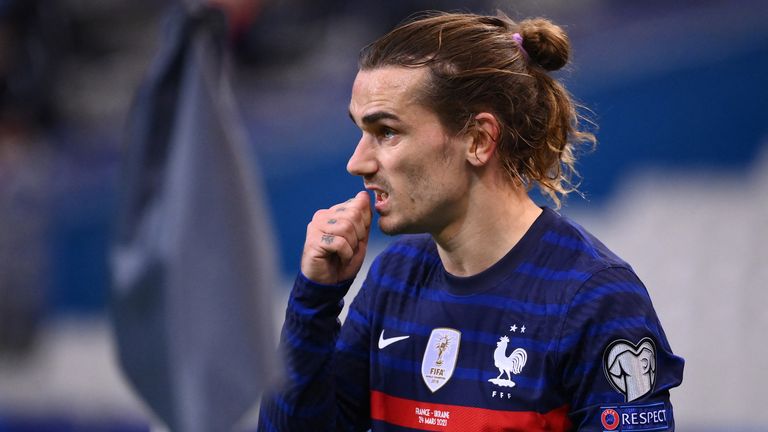 France were held to a 1-1 draw by Ukraine in Paris in the opening game of their campaign to defend their World Cup title.

Antoine Griezmann’s opener was cancelled out by a Presnel Kimpembe own goal in the 57th minute, and Les Blues were unable to find a winner.

West Ham’s Tomas Soucek struck a hat-trick as the Czech Republic stormed to a 6-2 win over Estonia.

Estonia had taken an early lead through Rauno Sappinen, but the Czechs hit back six minutes later, before going ahead shortly afterwards with goals from Patrik Schick and Antonin Barak.

Soucek then scored three times between the 32nd and 48th minutes to give the Czech Republic a four-goal cushion. Jakub Jankto scored his side’s sixth goal before Estonia reduced the deficit when substitute Henri Anier scored four
minutes from time.

Burak Yilmaz scored a hat-trick as the Netherlands slumped to a surprise 4-2 defeat to Turkey in the first game of their 2022 World Cup qualifying campaign.

Yilmaz’s deflected shot put Turkey ahead in the 15th minute and the 35-year-old Lille forward struck his second in the 34th minute before sealing his hat-trick with an 81st-minute penalty.

Kevin De Bruyne starred as Wales suffered a 3-1 defeat to Belgium in Leuven.

Harry Wilson stunned the Red Devils with a superbly-crafted 10th-minute goal, but the star-studded hosts were soon ahead as De Bruyne fired home from distance and then played a major part as Thorgan Hazard’s header gave them the lead.

Fulham striker Aleksandar Mitrovic and former Southampton forward Dusan Tadic were the standout players as Serbia beat the Republic of Ireland 3-2 in Belgrade.

Mitrovic struck twice, superbly chipping the goalkeeper before heading in a second.

Alan Browne had given Ireland an 18th-minute lead, only for Dusan Vlahovic to equalise. Mitrovic’s double followed, with James Collins’ late strike mere consolation for the visitors.

Elsewhere, Slovenia secured a surprise 1-0 win over 2018 runners-up Croatia. Finland drew 2-2 with Bosnia and Herzegovina with Teemu Pukki twice on target for the hosts, while Portugal laboured to a 1-0 win over Azerbaijan, courtesy of Maksim Medvedev’s first-half own goal.

Norway secured a comfortable 3-0 win over Gibraltar, who held out until the 43rd minute before finally succumbing. Arsenal on-loan midfielder Martin Odegaard did not appear for the second half, having been withdrawn with an injury at the break.

Elsewhere, Russia were 3-1 winners over Malta, Montenegro beat Latvia 2-1 and Cyprus and Slovakia played out a goalless draw. 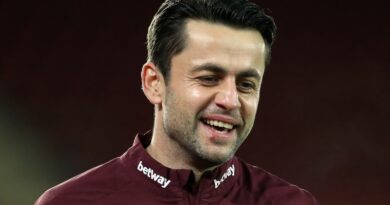