Home » Soccer » World Cup VAR Review: Why Iran were awarded a penalty but Maguire was not 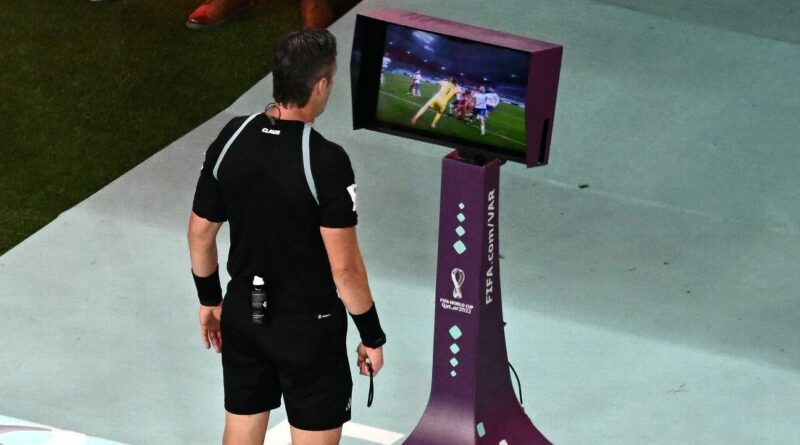 After each game we take a look at the major incidents to examine and explain the process both in terms of VAR protocol and the Laws of the Game.

VAR overturn: Penalty for foul by Stones on Pouraliganji

What happened: In the 10th minute of added time, Iran were awarded a free kick, which was swung into the area but came to nothing. But the VAR, Uruguayan referee Leodan Gonzalez, was reviewing a possible penalty.

VAR review: It’s the kind of decision which fans really dislike with VAR, coming from what seems to be an inconsequential incident — especially when a more obvious event earlier in the game did not lead to a VAR intervention.

When the free kick was played into the penalty area, Morteza Pouraliganji went to challenge for the ball but his shirt was pulled by John Stones. It was a minor pull and it’s questionable whether there was any impact on the Iran defender.

Yet in the first half Harry Maguire appeared to be wrestled to the ground by Roozbeh Cheshmi.

So, what’s the difference for the VAR? One key consideration is whether an attacking player is prevented from being able to challenge for the ball; ergo, would he have had a chance of playing the ball without the challenge? It’s not the only factor, as a penalty could still be awarded for holding, but the VAR will put a great amount of stock this.

Added to that, Maguire also had his arm around Cheshmi, which will also be taken into account by the VAR.

In the case of Maguire it was deemed that even with the holding offence by Cheshmi the ball was not in immediate playing distance. Therefore, the England player was not prevented from competing from the ball.

With Pouraliganji, the ball was crossed in close proximity to him, which meant the shirt pull from Stones was deemed to prevent the opponent from challenging for the ball.

Match referee Raphael Claus had a long hard look at the incident on the monitor, and decide to accept the advice of the VAR. No one will want to see such minor infringements penalised throughout the tournament. Is it really clear and obvious?

What happened: In the third minute Ecuador thought they had the lead against hosts Qatar through Enner Valencia, but there was a lengthy review for offside.

VAR review: This was the correct decision, though it wasn’t at all clear for fans and it took quite some time for the 3D visualisation to be shown.

When the free kick was played into the area, Ecuador defender Felix Torres challenged Qatar goalkeeper Saad Al-Sheeb. The ball fell to Michael Estrada, who headed it back to Torres for him to create the goal for Valencia.

However, when Torres got a touch on the ball (the direction it travels, forwards or backwards, is irrelevant) Estrada had one foot ahead of the second-last defensive player, who was Abdelkarim Hassan.

The review took longer than a regular offside check because the offside VAR, Tomasz Listkiewicz, had to be certain that the ball came off Torres. Without that, Estrada would not have been offside.

The touch from Al-Sheeb before the ball came off the head of Torres is of no relevance to the offside decision — the phase for every other player’s offside position is set from the touch by Torres. It’s also irrelevant whether or not an attacking player means to play the ball the way he has.

The added confusion comes from Estrada being obscured by Torres and Al-Sheeb, and another defender being closer to goal. Fans naturally look for the last defender, which can be misleading when the goalkeeper is farther ahead. There must be two opposition players, usually the goalkeeper and a defender, between the attacker and the goal. In this situation, only one defender was ahead of Estrada; Al-Sheeb wasn’t even the second-last defensive player in this case, it was Hassan (who was also blocked from view by Torres and Al-Sheeb.)

It was actually a very simple and clear offside decision once the touch from Torres is confirmed, with Estrada clearly ahead of Hassan, but there was a lack of clarity over it for too long. Even with FIFA’s semi-automated offside technology, the time taken for the fans to be given clarity must be improved. 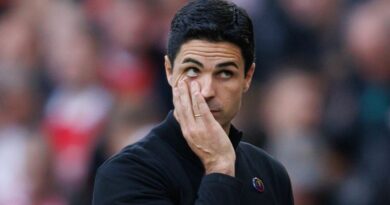