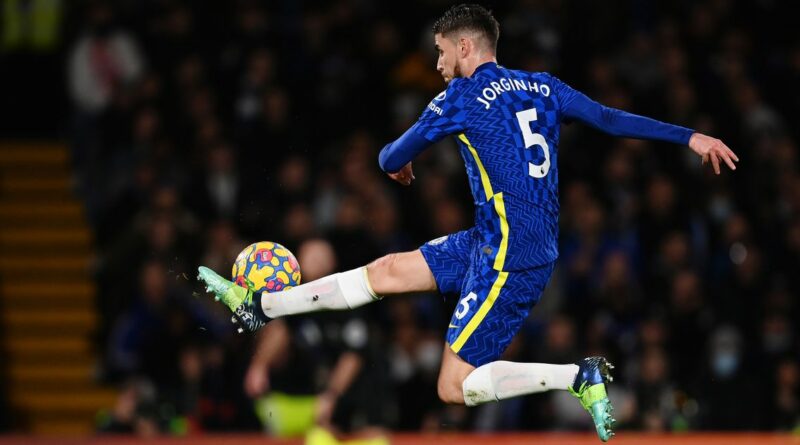 Chelsea dropped points for the third time in five Premier League matches after being held to a 1-1 draw by Everton at Stamford Bridge on Thursday night.

Despite dominating the ball for 90 minutes, Chelsea saw three points snatched from their grasp after Toffees defender Jarrad Branthwaite converted Anthony Gordon's free-kick at the back post to grab a late equaliser.

Mason Mount had given Thomas Tuchel's side the lead just four minutes earlier following a 70-minute onslaught on Everton's backline.

Chelsea will feel short-changed with just a point after laying siege to their opponents for so long, and the match stats prove just how much they missed Romelu Lukaku.

The Blues created a whopping 16 chances and had 19 efforts on goal, but only managed to find the back of the net once.

Jordan Pickford has to take some of the credit after making three absolutely stunning saves to keep his side in the game, but Chelsea's struggles in front of goal are far too obvious to ignore.

They haven't exactly had luck on their side, as all three of their recognised centre forwards – Lukaku, Timo Werner and Kai Havertz were ruled out of the match at the last minute after testing positive for Covid-19.

Lukaku and Werner have also only recently returned from lengthy spells on the treatment table, and Chelsea have been without a fully fit striker for 13 matches now.

How many goals will Romelu Lukaku score this season? Let us know what you think in the comments section below…

Getting the Belgian in particular back to full fitness must now be Chelsea's number one priority, especially after spending £97 million on him in the summer.

The 28-year-old has only scored five times in 16 outings since returning to Stamford Bridge, but Tuchel's side have missed a commanding, physical presence in attack ever since he was sidelined over a month-and-a-half ago.

It has to be said that Chelsea have also dearly missed Ben Chilwell since the full-back damaged his ACL against Juventus last month.

It was initially though Chilwell would be out until the summer, but the 24-year-old returned to light training this week, boosting his chances of returning to fitness in the next month or so.

Man City vs Liverpool result: Pep Guardiola’s side show just how slim margins are in fight for domestic supremacy