Arsenal’s late equaliser against Chelsea was dramatic enough but the manner of it meant there was plenty of opportunity for fun.

And that was definitely the case where former Gunners striker Ian Wright was concerned as he carried out his punditry duties.

Wright was working on Australian channel Optus Sport when Cesar Azpilicueta put Chelsea 2-1 ahead with less than 10 minutes on the clock.

SCROLL DOWN FOR VIDEO 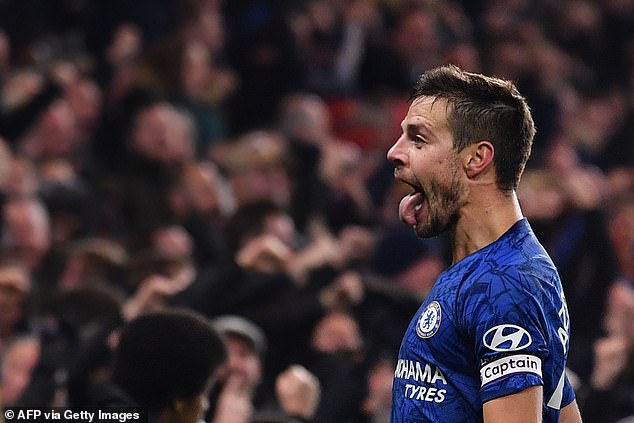 Cesar Azpilicueta celebrated putting Chelsea ahead by sticking his tongue out 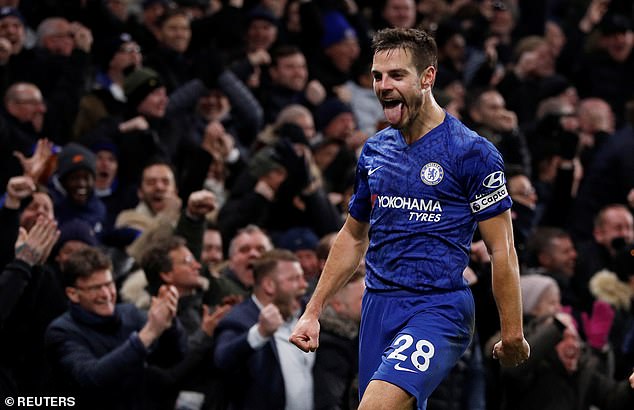 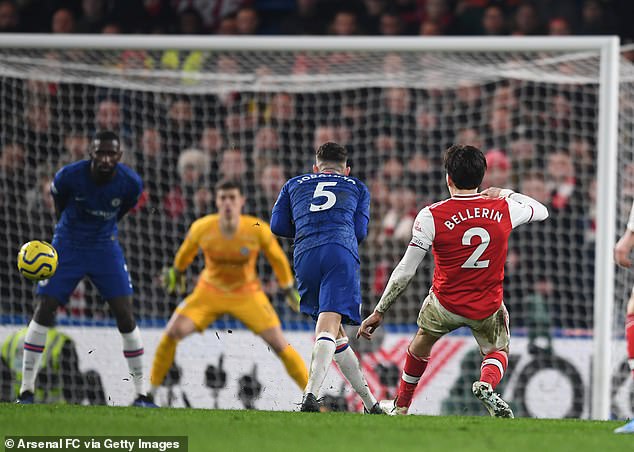 He had to watch on as the Spaniard ran away to celebrate by sticking his tongue out, seemingly having secured three points for Frank Lampard’s side.

But Wright and Arsenal would go on to have the last laugh as less than three minutes later, Hector Bellerin managed to curl a low shot into the corner of the Chelsea net.

The 56-year-old had the perfect response too as he reacted to the right-back’s strike while sat in the studio.

Wright stuck his tongue out, copying Azpilicueta’s celebration, as he clearly enjoyed Arsenal’s response to going behind. 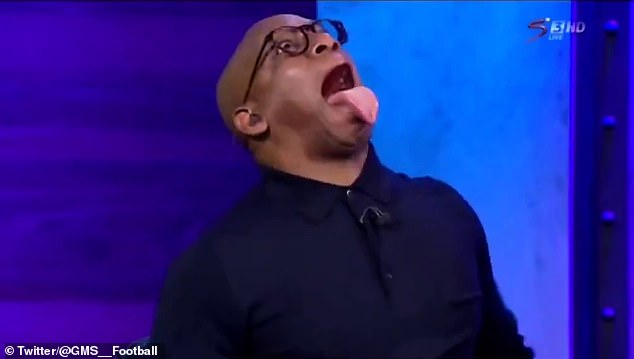 Bellerin earned a 2-2 draw in Tuesday night’s game after opposing captain Azpilicueta thought he had claimed a victory for Chelsea with a neat late finish.

Jorginho had earlier coolly converted his second penalty in three matches after David Luiz was sent off for hauling down Tammy Abraham just when the Chelsea striker was about to tap into an empty net.

Gabriel Martinelli then pounced on a rare N’Golo Kante error to drag Arsenal level after the break however and both Azpilicueta and Bellerin then bagged to ensure both sides went home with a point. 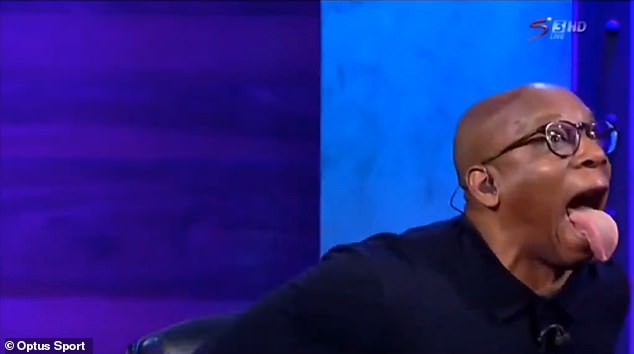 City aim to keep up record-breaking run ahead of W-League finals
We and our partners use cookies on this site to improve our service, perform analytics, personalize advertising, measure advertising performance, and remember website preferences.Ok