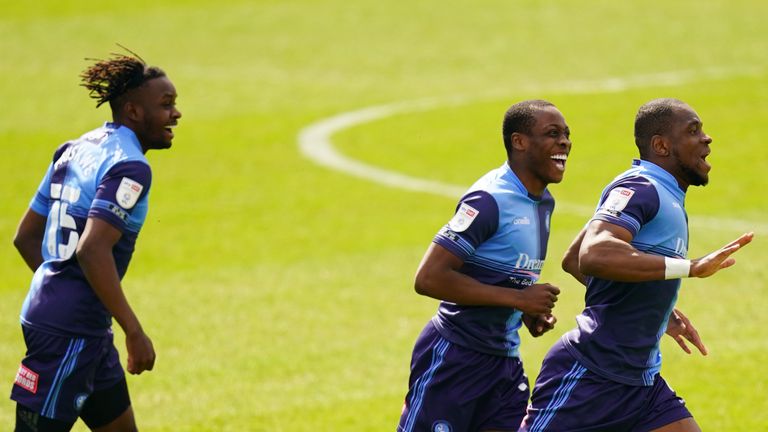 Report and highlights from the Sky Bet Championship clash between Wycombe and Bournemouth at Adams Park as the Chairboys delayed their likely relegation with an impressive win over the play-off bound Cherries.

The Ugandan’s sixth goal of the season was enough to beat a Bournemouth side that lacked fluency after making six changes for the trip to Buckinghamshire.

The result, coupled with Derby’s loss against Swansea, ensures that the Chairboys’ incredibly slim survival hopes go down to the final day of the season.

But to pull off the miracle, they would need to win at least 13-0 at Middlesbrough next Saturday, hope Sheffield Wednesday earn a narrow victory against Derby and see Rotherham fail to win either of their remaining two games.

Bournemouth, meanwhile, have suffered back-to-back losses as their hunt for a home play-off semi-final took a hit.

Ikpeazu’s fourth-minute strike may well be a late contender for Wycombe’s goal of the season, controlling on the edge of the area before turning and unleashing a curling effort that left Championship goalkeeper of the season Asmir Begovic stranded. 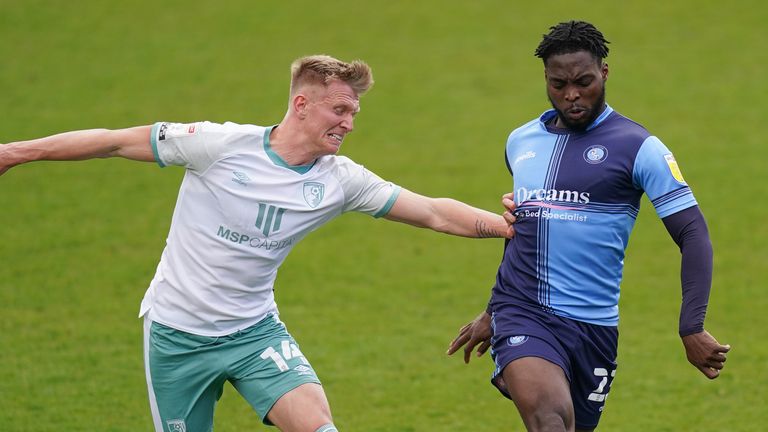 Bournemouth had shouts for a penalty waved away after David Brooks was felled in the box, but it was all Wycombe in the early exchanges, with Garath McCleary’s shot from the edge of the box saved.

Wycombe were forced into an early substitution after Dennis Adeniran limped off inside a quarter of an hour and this pause allowed Bournemouth to find their feet.

A goalmouth scramble presented chances to three Cherries players in quick succession after Brooks’ shot was blocked. The ball fell into the path of Sam Surridge, whose scuffed effort in turn went to Junior Stanislas who also failed to make clean contact.

The chances continued to come for Wycombe, with Ikpeazu’s header pushed over the bar by Begovic and Anthony Stewart’s effort from the resulting corner cleared off the line.

Chris Mepham nodded over twice either side of half-time for Bournemouth, before beating the offside trap from a free-kick to head over the bar. 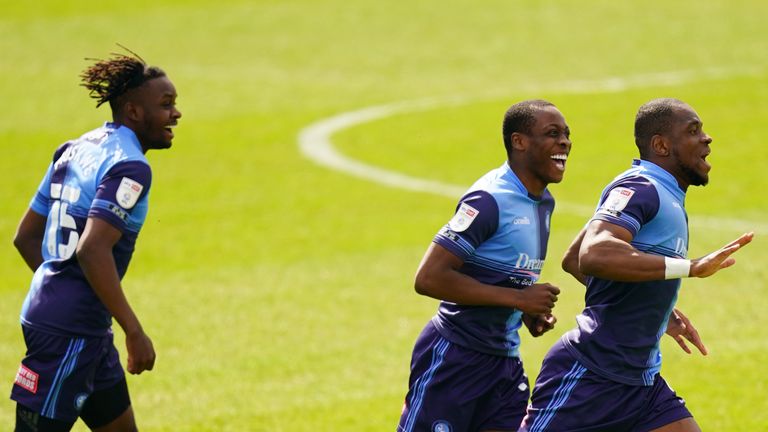 Bournemouth were amassing gilt-edged chances but failing to take advantage of any of them. A miscommunication between David Stockdale and a defender allowed Stanislas a free header from five yards out, but he inexplicably put it over the bar.

The biggest chance for the visitors fell to Brooks, who rounded Stockdale and only needed to tuck the ball home to level things up, only for Stewart’s superb sliding block diverting the ball up on to the bar.

Wycombe were putting their bodies on the line to maintain their lead with Josh Knight, already on as a substitute, replaced after an unfortunate clash of heads.

The match entered six minutes of added time with Wycombe under increasing pressure, but they held on for their first victory against any of the current top six.

The result means Wycombe have won five of their last eight matches, and still cling to near-impossible hopes of survival.