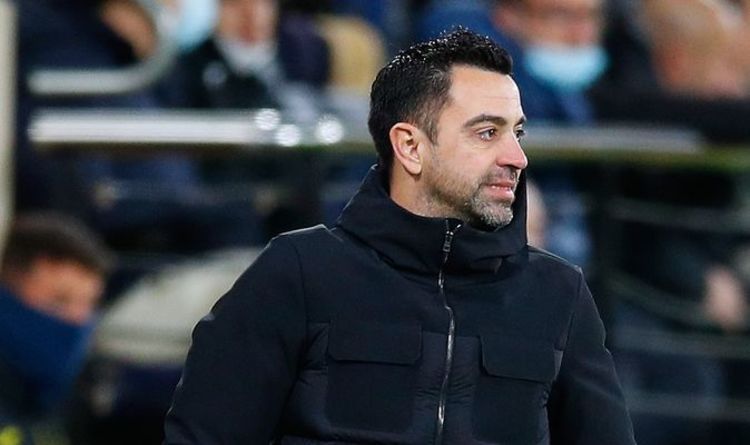 New Barcelona boss Xavi Hernandez has outlined his plans to revolutionise the La Liga giants’ transfer approach as the Spaniard begins his huge rebuilding job at the Camp Nou.

Barca’s legendary midfielder has only been at the helm for three weeks but has already lifted the mood following Ronald Koeman’s dismal reign.

The Catalan giants have been in turmoil both on and off the pitch over the past few months, but the appointment of Xavi was heralded as the beginning of an exciting new area for Barca – and the early signs are promising.

A new report from The Athletic has outlined some of the huge changes Xavi has made in his first few weeks in the Barca hot seat.

With the club’s financial woes well documented, Xavi has made moves to overhaul the club’s current transfer system and has more planned. According to the report, there are ‘several structural changes’ planned and some data analysts have already been given the boot with replacements in mind to boost the club’s transfer analysis department.

Perhaps this shouldn’t be a major surprise given that Barcelona will be unable to splash the cash as they have in previous years.

The club’s financial difficulties are likely to lead to a more prudent approach; something which has likely instigated Xavi’s desire to rebuild the club’s transfer strategy.

In total, the report claims that a dozen staff members have already been dismissed or reassigned since Xavi’s arrival.

As well as that, Xavi has also laid down the law to Barca’s struggling stars by implementing 10 new rules that playing staff must adhere to.

These include demanding that players arrive 90 minutes before all training sessions start and that players eating together is now compulsory rather than optional. Xavi has also moved to ban any unauthorised trips for personal business or any sporting activities that could result in injuries.

Although it’ll take time to see results from Xavi’s structural changes in the club’s transfer and analytics department, the 41-year-old’s arrival has, as hoped, proved to be the catalyst for an improvement in performances.

The lethargic and timid performances that had become the norm under Koeman have been replaced with a more intense, high-octane style under Xavi.

The club’s fans have reacted well to the intense pressing approach that Xavi honed during his two-and-a-half-year spell in Qatar with Al Sadd.

And it’s an approach that has seemingly paid dividends, with Xavi yet to taste defeat since his return to Spain.