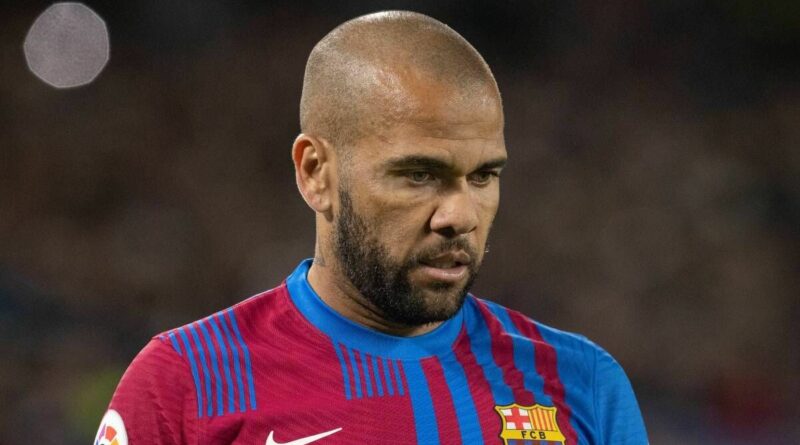 Chelsea could lose both Cesar Azpilicueta and Marcos Alonso to Barcelona this summer after the Spanish club decided not to keep Dani Alves for another year. Alves had hoped to earn a contract extension with Barca, but is now set to leave the club at the end of the month and open up more space for new arrivals.

The 39-year-old full-back re-joined Barcelona in November on a short-term deal until the end of the season. He made 17 appearances for Xavi’s side throughout the second half of the 2021/22 campaign and wanted to stay until the end of the year in order to secure his place in Brazil’s squad for the World Cup.

However, Alves has not been granted his wish, with Xavi choosing instead to make a clean break from the experienced defender in order to rebuild his squad. Sport reports that the decision came from the Barca manager – and Alves’ former team-mate – and means the club are now set to push forward with other signings, while Alves has several offers from European clubs.

Barcelona have already agreed a deal to sign Andreas Christensen from Chelsea when his contract expires at the end of the month and could raid the west London club for more players. Both Azpilicueta and Alonso have been strongly linked with a move back to their homeland and Alves’ departure strengthens that possibility.

JUST IN: Arsenal ‘stand out’ in transfer chase – but face £51m headache

Earlier this year Chelsea were quick to trigger a clause in Azpilicueta’s contract which ensured he would have his contract extended until June 2023, but the club captain could still leave this summer. Sport says that the 32-year-old is keen to leave Chelsea, who will sanction his exit provided Barca pay adequate compensation.

90min says that both Azpilicueta and Alonso have been in contact with Barca and are ready to push for transfers now that Todd Boehly’s consortium has completed a takeover from Roman Abramovich. Chelsea have brought Emerson back from his loan spell with Lyon, so could use him as cover for first-choice left-back Ben Chilwell next season.

Chelsea urged to beat Barcelona to Lewandowski amid Lukaku uncertainty

Arsenal ‘moving with intensity’ for Raphinha in ‘recent days’

Alves, who made 407 appearances for Barca, has posted a lengthy goodbye to the club on Instagram. “Now is the time for our farewell,” he wrote. “They were eight+ years dedicated to the club, to those colours and that house… but like everything in life, the years pass, the roads deviate and the stories are written for some time in different places – and so it was.

“They tried to say goodbye but they could not do it, because you cannot imagine, or yes, how resilient and resilient I am. Many years passed until football and life which, as always, are very grateful to those who respect them, decided to give me the opportunity to return here to say goodbye.”

Barca manager Xavi wrote underneath: “EXAMPLE in any sense of the word. Thanks for everything friend!” 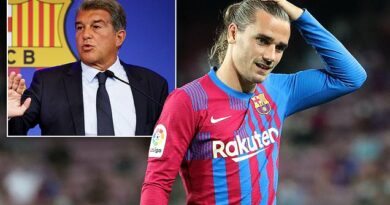