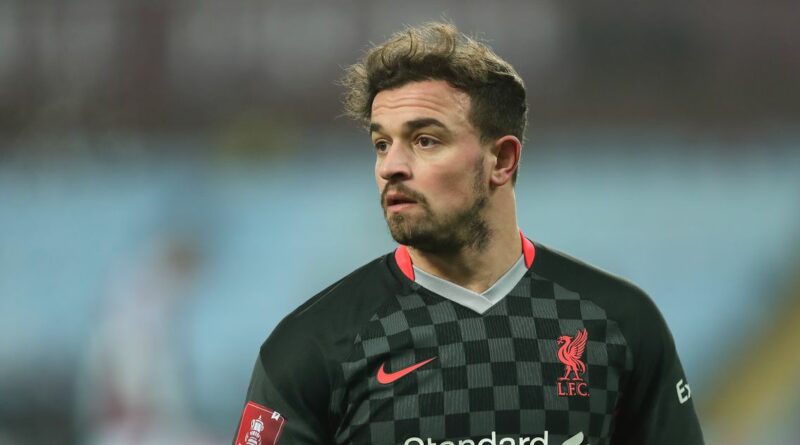 Xherdan Shaqiri has revealed that he "wanted to leave Liverpool sooner" but that the club blocked a potential move for the Swiss winger before this summer.

Shaqiri was sold to Ligue 1 side Lyon this summer for £5.5million after three years at Anfield, having joined the Reds from Stoke City back in 2018.

The Switzerland international saw his first team opportunities decrease last season following the arrival of Diogo Jota from Wolves and he made just seven starts in all competitions for the club.

Therefore, it was no surprise that the 29-year-old was allowed to depart the club this summer.

"But I wasn’t allowed to; the club wouldn’t let me go. The important thing for me is that I’m gone now. There were also offers from Spain and Italy.

"I was in contact with him [Klopp] by phone before that. When the time came, he texted me. He wished me luck in that and said that I was a good player and a good guy.

"We never had any problems with each other, and we had a very good relationship.

Should Xherdan Shaqiri have been allowed to leave Liverpool sooner? Let us know in the comments section below.

"But I just wanted a new challenge, that’s normal in football. Jurgen helped me in this regard."

Spanish side Sevilla had been linked with the former Bayern Munich and Inter Milan man last summer but a move never materialised.

Instead he completed a switch to France this summer and has already scored and assisted in his seven appearances for Lyon.

Shaqiri discussed his decision to move to Lyon to Blick in Germany, stating: "I liked the vision of Lyon's trainer Peter Bosz the most.

"He plays offensive football, which suits me a lot. I wanted a new challenge, a new language and to be close to my family.

"If I'm in good shape, I can help Lyon and the national team even more."

Lyon currently sit in 10th place in Ligue 1 after nine matches and top their Europa League group with a 100% record after the first two matches.