Zinedine Zidane delivered one final snub to Gareth Bale by refusing to bring the forward off the bench in Real Madrid’s final league game of the season.

Los Blancos ended a dismal season with a 2-0 defeat to Real Betis at the Bernabeu.

Bale was a surprise inclusion in the matchday squad after Zidane had made clear to the Welshman that he does not feature in his long-term plans at the club.

Zidane wants to offload Bale and his £500,000-a-week wages to fund a rebuild at the club but the 29-year-old is threatening to see out his deal in Madrid.

Zidane made a number of changes to his starting line-up and Real were trailing on the hour-mark when Loren Moren put the visitors ahead.

The Frenchman turned to the bench but opted for Marco Asensio and Lucas Vazquez as attacking options ahead of Bale.

Bale still hoped for a final appearance but Isco was selected as the final substitute.

The former Spurs man ‘stormed down the tunnel’ after the game according to the Daily Mail and did not wait around after the final whistle. 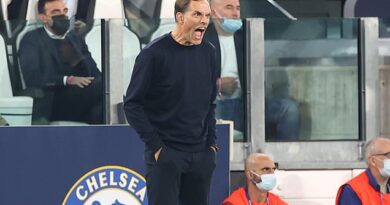 Tuchel has 'conundrum to unpick' after Chelsea's loss, Ferdinand says