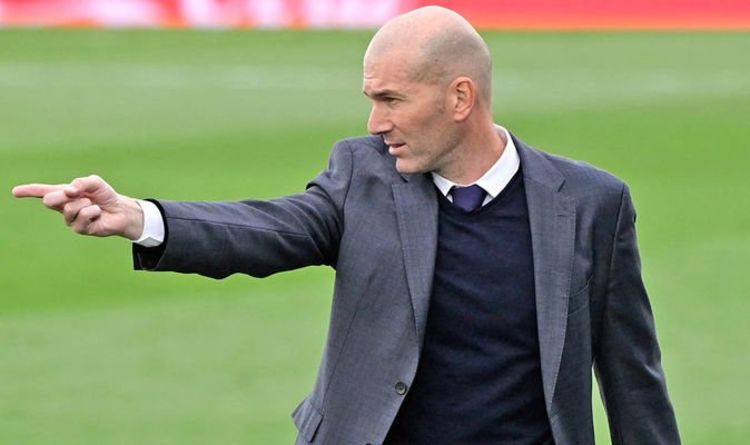 Manchester United are reportedly exploring the possibility of hiring Zinedine Zidane as their next manager. It’s been a torrid campaign at Old Trafford so far, with Ole Gunnar Solskjaer struggling to get the best from his squad. But the Glazers have already been warned about what the Frenchman would expect if he’s to take the reins.

United went into the season expecting a strong campaign after landing the likes of Jadon Sancho, Raphael Varane and Cristiano Ronaldo.

But the Red Devils have been in dire form under Solskjaer so far, losing six of their last 12 matches across all competitions.

With United continuing to slide down the table, talk of a potential managerial change has arisen.

And Zidane is now being strongly linked with the job, with the Frenchman currently available following his departure from Real Madrid in the summer.

When he left the Bernabeu for a second time, the 49-year-old penned an emotional letter when he elaborated on his decision to go.

And, in words that will serve as a warning to the Glazers, he made it clear he’d wanted full control over footballing matters – only to be declined.

Zidane said in May: “I have now decided to leave and I want to properly explain the reasons.

“I’m going, but I’m not jumping overboard, nor am I tired of coaching.

“In May 2018 I left because after two and a half years, with so many victories and so many trophies, I felt the team needed a new approach to stay at the very highest level.

“Right now, things are different. I’m leaving because I feel the club no longer has the faith in me I need, nor the support to build something in the medium or long term.

“I understand football and I know the demands of a club like Real Madrid. I know when you don’t win, you have to leave.

“I’m a natural-born winner and I was here to win trophies, but even more important than this are the people, their feelings, life itself and I have the sensation these things have not been taken into account, that there has been a failure to understand that these things also keep the dynamics of a great club going.

“To some extent I have even been rebuked for it.”

Zidane suggested that he wasn’t given the backing or support he wanted from the Real.

And if he goes to United, the Glazers will have to make sure he’s happy by bringing in the players he wants.

Zidane regularly called for the signing of Paul Pogba during his stint in Spain.

And he was unhappy at Perez’s reluctance to land the France international due to concerns over his agent, Mino Raiola.

Kylian Mbappe was another target for Zidane during his stint in Spain.

Yet Real are now more likely to sign the France international at the end of this season, instead, when he’ll be a free agent.

The Glazers, meanwhile, do still have the final say when it comes to signing players at Old Trafford.

And their lack of desire to give up any power to a manager means Zidane’s appointment will be far from straightforward.

The Real icon was, however, urged to take the United job last month by former France boss Raymond Domenech.

“What job is he made for when he’s been a multiple Champions League winner with Real Madrid?” he said.

“After that, if he takes another club, they’re a step down for him, for someone of his level.

“There comes a point when you can’t let that possibility slip.

“He’s also got, with Ronaldo, a direct relay, a translator from Spanish to English.

“He’ll also get away from people who say he only achieved what he did because it was Real Madrid because he knew the players and he’ll prove he’s really a top manager.

“That’s why I tell him: go for it. Or stay in your comfort, but I don’t think that’s his desire.” 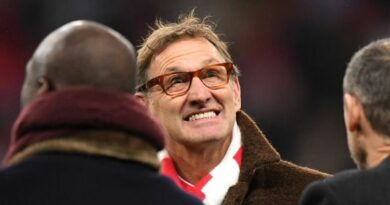