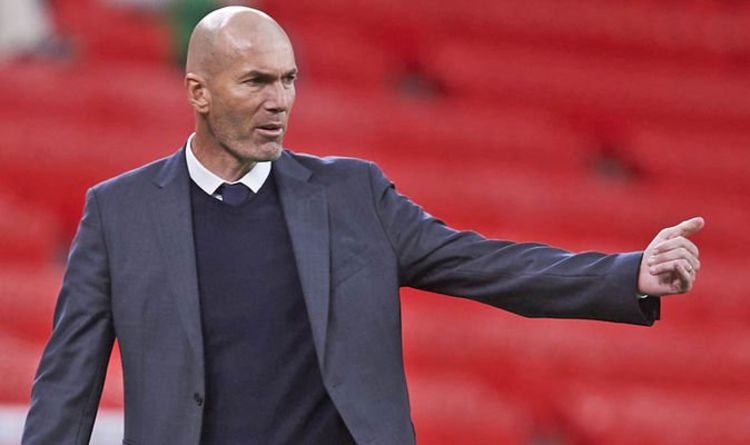 Manchester United are reportedly trying to bring Zinedine Zidane to Old Trafford as a replacement for Ole Gunnar Solskjaer. The Frenchman has been out of work since leaving Real Madrid for a second time earlier in the year. And with the Red Devils struggling, they’re now trying to bring the 49-year-old to Old Trafford.

United had high hopes for the current season under Solskjaer, especially after finishing second last term and landing the likes of Jadon Sancho, Raphael Varane and Cristiano Ronaldo.

But they’ve been in dire form ever since a 2-1 defeat to Young Boys, with the Red Devils currently on a run of six losses from their last 12 matches.

That’s not good enough and, consequently, United have been linked with several different managers.

Brendan Rodgers and Mauricio Pochettino have appeared to be frontrunners for the post, despite their commitments at Leicester and Paris Saint-Germain respectively.

Yet Zidane is now being linked.

According to The Times, United are trying to bring the Frenchman to Old Trafford – believing he ticks all the boxes to be a hit.

But Zidane has so far indicated that he’s unsure whether the project presented to him by the board is the right one for him.

He left Real Madrid back in the summer because he was tired of fighting with Florentino Perez, the club’s president.

Zidane stressed that he’d wanted to stay with the La Liga giants but, for a second time, opted to walk away.

And whether United are ultimately successful in their attempts to coax the 49-year-old to the club remains to be seen.

Solskjaer is, for now, expected to be in charge for his team’s Premier League showdown with Watford next weekend.

Yet the writing appears to be on the wall for the Norwegian, who has been in charge ever since replacing Jose Mourinho in December 2018.

Solskjaer has previously made progress with this United side, guiding them to second and third-placed finishes over the past two years.

But, on current form, they’ll face a huge fight to qualify for next season’s Champions League.

And with the Glazers making a top four finish a minimum requirement, Solskjaer is facing a huge fight to keep his job.

“What job is he made for when he’s been a multiple Champions League winner with Real Madrid?” he said.

“After that, if he takes another club, they’re a step down for him, for someone of his level.

“There comes a point when you can’t let that possibility slip.

“He’s also got, with Ronaldo, a direct relay, a translator from Spanish to English.

“He’ll also get away from people who say he only achieved what he did because it was Real Madrid because he knew the players and he’ll prove he’s really a top manager.

“That’s why I tell him: go for it. Or stay in your comfort, but I don’t think that’s his desire.”

David Moyes, Louis van Gaal and Mourinho have all previously sacked after failing to live up to expectations at Old Trafford. 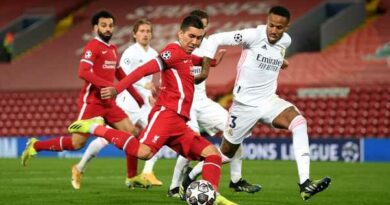 European Super League: How would it work, what would it look like, and who would be involved?

Neymar arrives in Barcelona on crutches for treatment on foot injury 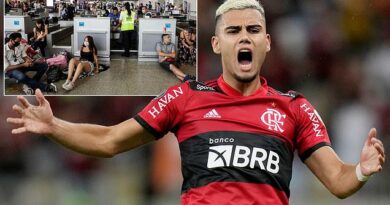