It was anticipated prior to this Australian Open that a Polish star would be contending for the crown in the latter stages of the women’s singles.

But only a true believer would have predicted that Magda Linette, and not world No.1 Iga Swiatek, would be the Pole vying for the Daphne Akhurst Memorial Cup by the semi-finals. 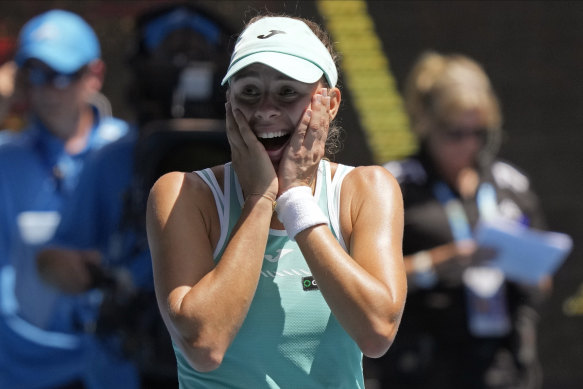 Magda Linette takes in her win.Credit:AP

The right-hander had compiled a decent but scarcely attention-grabbing career until this Australian Open. But after continuing her stunning run at Melbourne Park with a 6-3, 7-5 triumph over former world No.1 Karolina Pliskova on Wednesday, she is into a maiden grand slam semi-final.

Linette held her nerve superbly in the biggest match of her career, working her rival around the court to draw regular errors in a quarter-final lasting one hour and 27 minutes.

After Pliskova netted a forehand to finish the match, Linette dropped her racquet and turned to her coaches in delight.

They, she said later, had “put up with a lot of crap” and helped to convince her that prior mistakes and missed opportunities “did not define” her.

Prior to an on-court interview with Jelena Dokic, Linette shed tears when explaining what the triumph meant to her.

“It is so emotional. I can’t really believe it. It is really a dream come true,” she said.

“We keep going though. I don’t want to get too excited because I am still in the tournament, but I am super excited and happy.

“I will never forget this. I am breaking through some difficult [barriers] here.”

She will play the winner of a quarter-final between Aryna Sabalenka and Donna Vekic on Thursday for a place in Saturday’s women’s final.

Pliskova had dominated the head-to-head between the two 30-year-olds 7-2 prior to the match and has enjoyed the superior career.

But the last two clashes between them in 2022 suggested the gap had closed.

In the opening round of the US Open in late August, Pliskova progressed when claiming victory in a deciding tiebreaker.

But Linette reversed the result in a clash during the Billie Jean King Cup finals in Glasgow in November for her first win over Pliskova since a match near Normandy in 2012 when they were in the infancy of their careers.

Pliskova towers over Linette, standing 15 centimetres taller at 1.86 metres, but the Polish right-hander more than held her own in battles from the baseline in the early stages of the match.

The Czech, a finalist at the US Open in 2016 and Wimbledon two years ago when beaten by Ash Barty, is among a handful of women long considered capable of claiming a grand slam title.

The power she can produce on her flat ground strokes is substantial and her serve sizzles when she is on song.

These weapons propelled her to the world’s top ranking in July, 2017, not long after she reached the semi-finals at Roland Garros.

A hand injury that forced her to miss last year’s Australian Open preceded a slide down the rankings to her current position of 31.

Linette, in contrast, has never been ranked higher than 33, nor ventured beyond the third round in 29 previous grand slam appearances.

But she had been playing superbly in Melbourne.

Pliskova broke in the opening game, but Linette responded and was able to break away from her increasingly frustrated rival as the set progressed.

Most matches featuring the Czech rest on her racquet, given her power, but she can become erratic, particularly if a rival sustains a consistently high level.

A game when trying to stay in the first set on Linette’s serve proved a case in point. She thumped winners to bring up a break point, only to over-hit a return when pressing too hard to claim the opportunity.

A couple of mistakes later and the set was gone, with Pliskova slamming her racquet on Rod Laver Arena in disgust.

The second set was tighter but again, when under pressure from 5-all, Pliskova made too many errors. Some were due to the excellence of Linette, who worked her from side to side, but others were mistakes the dual-grand slam finalist will lament as another opportunity at major level goes begging.

For daily updates of all the tennis action during the Australian Open, sign up for our Sport newsletter here. 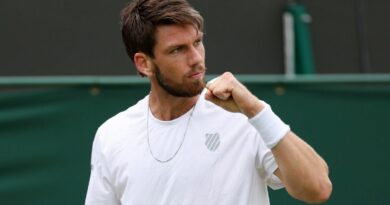 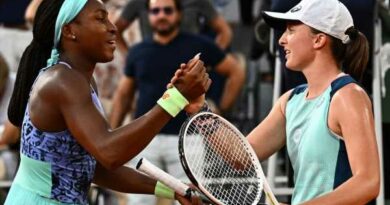