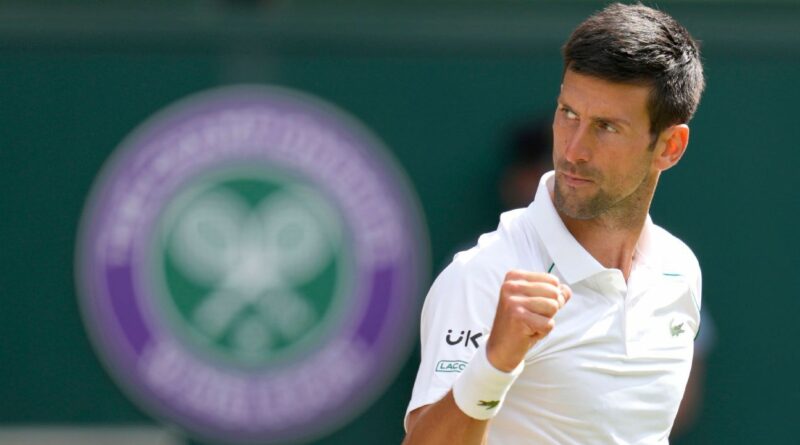 World No.1 Novak Djokovic remains atop his game 15 years into his decorated career. By clinching his sixth career Wimbledon victory Sunday, the 20-time Grand Slam champion tied Roger Federer and Rafael Nadal for the most all-time such victories among men. That trio trails only Margaret Court (24), Serena Williams (23) and Steffi Graf (22) for the highest total in tennis history.

Djokovic, 34, has been quite dominant this season. He is the sixth male or female player to win each of the first three majors of a calendar year since the Open Era began in 1968. Federer was part of social media’s widespread reaction to Djokovic’s hot start paving the way for another career milestone.

Nadal, another longtime rival of Djokovic’s, shared his own praises.

After the match, a younger fan of Djokovic’s shared a personalized poster breaking down the 20-time major champion’s name into an acronym of superlatives.