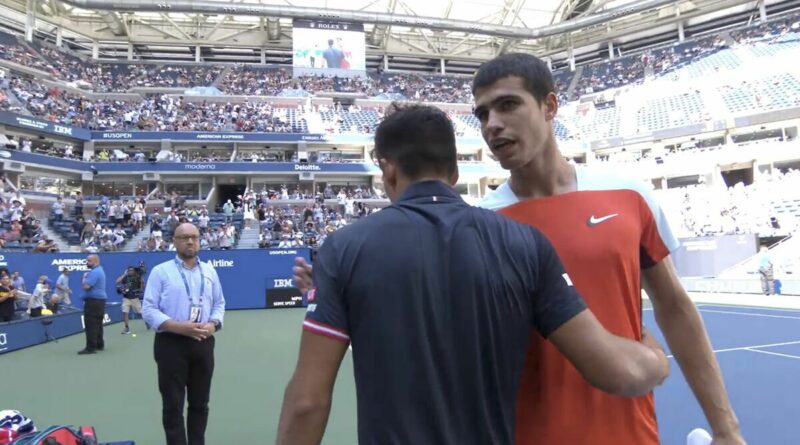 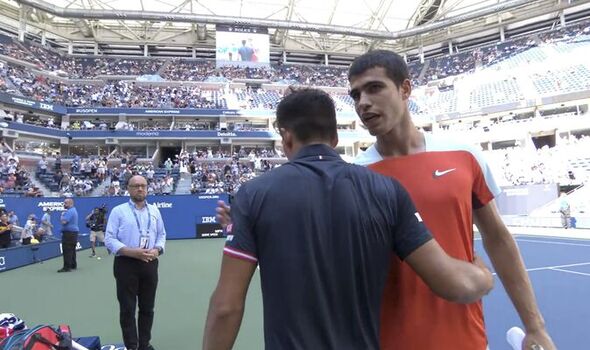 Carlos Alcaraz advanced to the second round of the US Open after his opponent was forced to retire early in the third set. Sebastian Baez could barely walk to his bench to shake hands with the third seed after suffering with severe cramping when he got broken at the start of the third, allowing Alcaraz to advance 7-5 7-5 2-0 ret.

Alcaraz reached his maiden Grand Slam quarter-final in his US Open debut 12 months ago as an 18-year-old ranked down at world No 55, upsetting third seed Stefanos Tsitsipas en route. This year he returned to Flushing Meadows as the third seed himself, with four extra titles to his name including two Masters 1000s, and the chance to reach No 1 in the world.

But the Spaniard had a tough first test in Baez, the in-form Argentine who now sits at world No 37 after starting the year ranked at No 99. The pair met at the Next Gen Finals at the end of 2021 before enjoying breakthrough results this year, with Alcaraz coming through in the first-to-four-games and best-of-five-set format.

The 19-year-old was quick off the mark as he opened with a hold and quickly set up a break point on the Baez serve but was unable to convert it. The rest of the set was neck-and-neck with no more break points until the final came, when the 21-year-old found himself facing two set points while serving at 5-6, with Alcaraz taking the first to close out a 7-5 set. 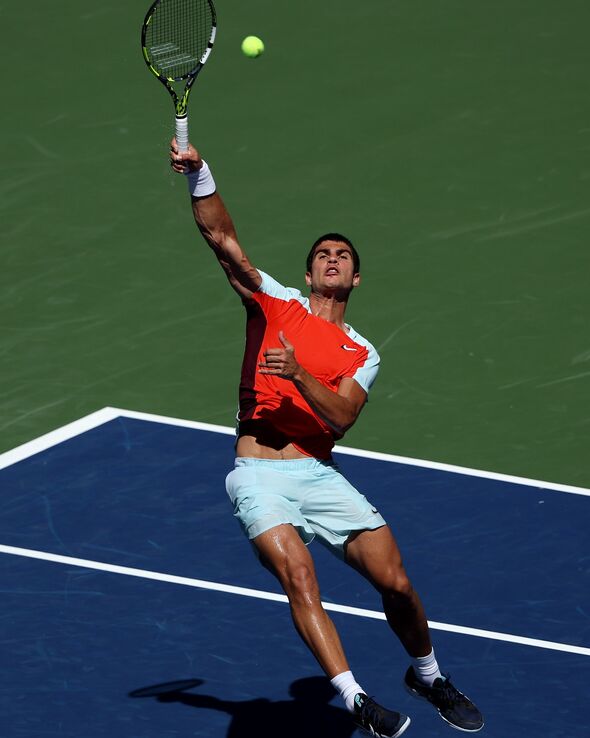 Baez was then forced to come from 0-40 down in his first service game of the second set, reeling off three straight points before Alcaraz set up another and broke to win his fourth successive game, taking a set-and-break lead. But the world No 37 refused to let up, hanging on in a 13-minute game to convert his fifth break and get back on serve early in the second.

The pair then found themselves embroiled in a cat-and-mouse set, as it was Alcaraz’s turn to come from 0-40 down on his serve before eventually giving away the break for Baez to lead 4-3 as both men left the crowd in disbelief with some of their thrilling rallies. The world No 4 managed to break back and took a triple set point with Baez serving at 5-6.

The Argentine left the Arthur Ashe fans in awe with some huge shots to save all three before Alcaraz managed to set up a fourth set point and won it by ripping a forehand up the line to take a 7-5 7-5 lead, leaving the court to change his clothes as Baez received a medical time out. But trouble struck for him early in the third, as he visibly started to struggle with cramping as he served at 0-1 down. 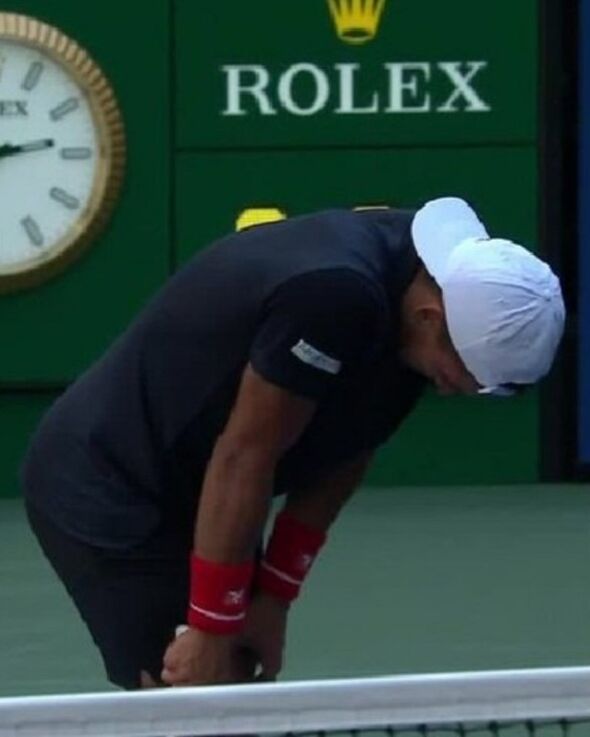 As he battled through cramp, the 21-year-old was broken by Alcaraz to trail by two sets and a break, and suddenly seized up in the middle of his side of the court, doubling over in pain. Baez was unable to move for a couple of minutes before the third seed escorted him to his bench, where the Argentine leant over his bench and spoke with the physio.

Moments later, he limped to the umpire’s chair to forfeit the match and shake hands before Alcaraz embraced him in a hug, winning with a 7-5 7-5 2-0 ret. scoreline. “It’s not nice to win like that,” the teenager said in his on-court interview, admitting he also struggled in the hot and humid conditions.

“The match wasn’t easy with the heat and how well Baez played. I’ve had my problems with the heat too, but I think I’ve been able to handle it a little better than him.”