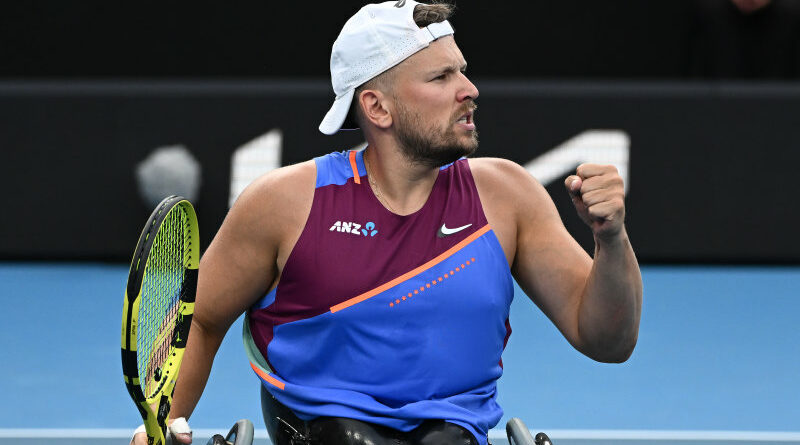 The glorious career of wheelchair tennis legend Dylan Alcott will last at least another day after the veteran fought his way to victory against one of the emerging stars of the craft.

Alcott prevailed after a massive quarter-final scare against Dutchman Niels Vink, coming from behind to triumph in three sets after nearly three hours on court at Kia Arena. 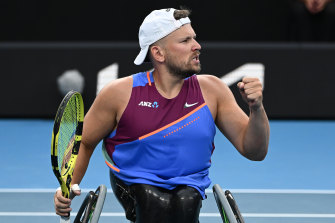 The 31-year-old dropped the opening set in a tiebreaker against his 19-year-old opponent, before gaining the ascendancy and never relinquishing it, winning 6-7 (1-7), 6-4, 6-2.

“I didn’t play my best tennis early on today but it wasn’t because of me, it was because of Niels,” a relieved Alcott told Channel Nine. “He’s so good. I mean – he’s 19 years old.”

The Dutchman had all the play in the tiebreaker. But that was when Alcott gritted his teeth and pulled back the advantage early in the second set.

Once he levelled the contest, Alcott didn’t take his eyes off the task at hand, breaking serve immediately to start the final set. 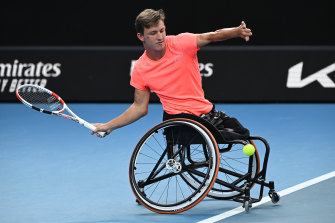 Thereafter, the match belonged to the Australian veteran, with his experience and composure shining through to the finish.

The seven-time Australian Open champion paid tribute to his younger foe. “He was a junior and then the pandemic happened [and his career took off],” he said.

“[Before that] he’d never seen a crowd before. I was hoping he was going to ‘crack his dacks’ when he got out here, but he didn’t.

“He played awesome. Now you know why I’m retiring.″⁣

Alcott admitted he needed to settle his nerves after the up-and-down start.

Alcott, a two-time Paralympics singles gold medallist in the sport, will retire after this tournament.

Vink was one of the players Alcott needed to beat before securing his second singles gold at last year’s Paralympics in Japan.

When Alcott confirmed his retirement was imminent he said there was no way it would have come to an end at the US Open, when he secured the fourth leg of his grand slam and, memorably, skolled a beer out of his trophy before a captive centre-court crowd. 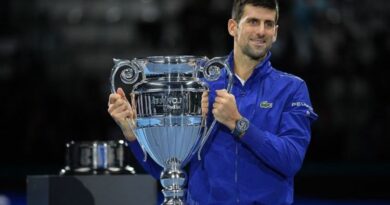