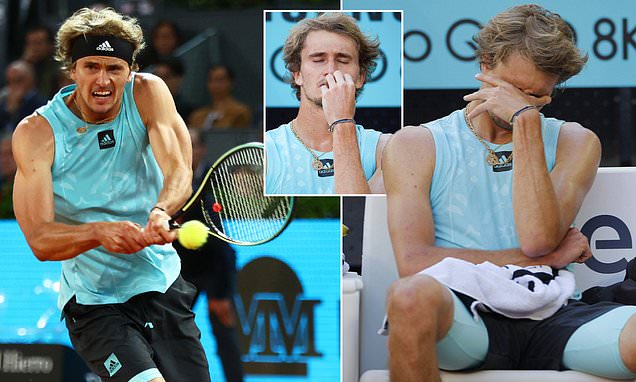 ‘If you are staying up until 4am… the next day you are dead’: Alexander Zverev blames late-night scheduling at the Madrid Open for his straight-sets defeat by teenage star Carlos Alcaraz in the final as he labels ATP an ‘absolute disgrace’

Alexander Zverev criticised the ATP Tour for its scheduling of late-night matches and said he was at a disadvantage in Sunday’s final against Carlos Alcaraz at the Madrid Open.

The third-ranked Zverev was overpowered by the 19-year-old Spaniard in straight sets.

Zverev conceded that he probably would have lost to Alcaraz even if he was ‘fresh,’ but said that at least it would have been a ‘better final’ if he hadn’t had to go to bed after 4am local time in the previous nights. 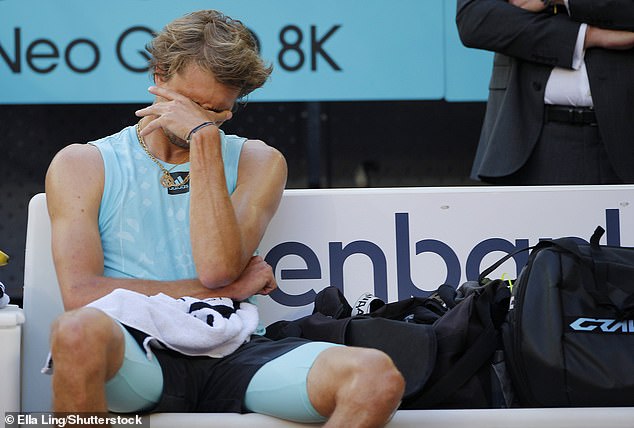 He said it’s a problem that has been happening on a weekly basis and he was getting ‘tired of it,’ adding that the tour needs to do better to avoid being unfair with players.

‘The ATP’s job was an absolute disgrace this week,’ Zverev said. ‘To play a final against Carlos Alcaraz, who for me is the best player in the world right now, in a Masters 1000 event… it is difficult.

He said that during the warmup he already knew he would struggle.

‘I was a little bit late all of the time. My first step was not so quick,’ Zverev said. ‘If you are playing the best players in the world, you have to be at your top. Otherwise you will have no chance. Today I had no chance.’

Zverev started Saturday’s semi-final match against Stefanos Tsitsipas at about 11pm local time and the three-set match ended after 1am. He returned to the ‘Caja Magica’ center court after the match to practice his service for a few minutes, then had to work with his physios and eat before getting back to the hotel. 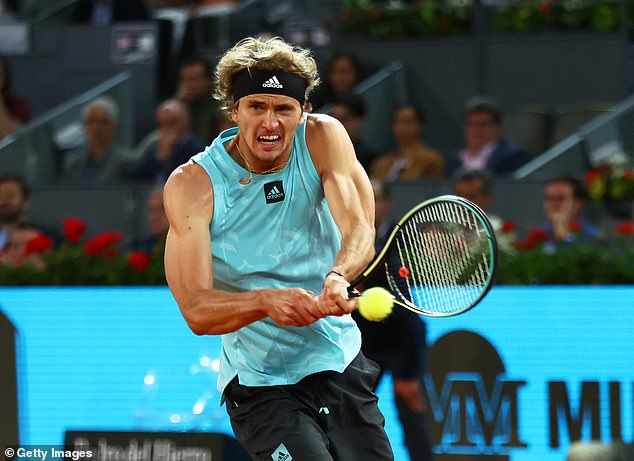 ‘I think all of us have stayed up late, all of us maybe partied sometimes, but if you are staying up until 4am, the next day you are dead,’ he said. ‘I played the next day. If you’re doing it again, the next day until 5am, you will have a difficult time to be even awake.’

Zverev also played in the night session against Felix Auger-Aliassime in the quarter-finals, when he won in two sets.

The regular scheduling of high-profile late matches has been a major source of frustration for the German player.

Zverev also had to play late in Acapulco earlier this year.

‘The chances are being taken away from me,’ he said. ‘At the end of the day, everybody forgets about those things. Nobody talks about it, you know. Everybody says, `Yeah, it was a bad match, I made double faults, I didn’t play well’ and all of that. But look at what is happening the days before. Look at what is actually happening behind the scenes, as well. It’s not quite fair, I think.’