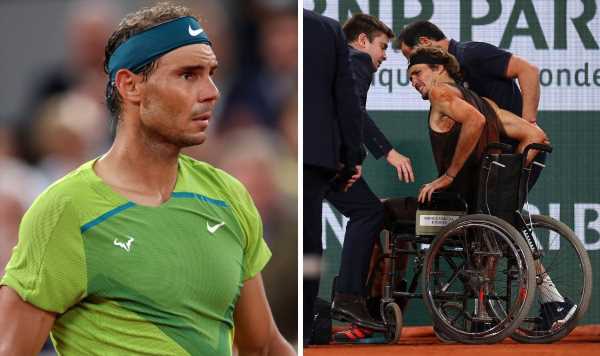 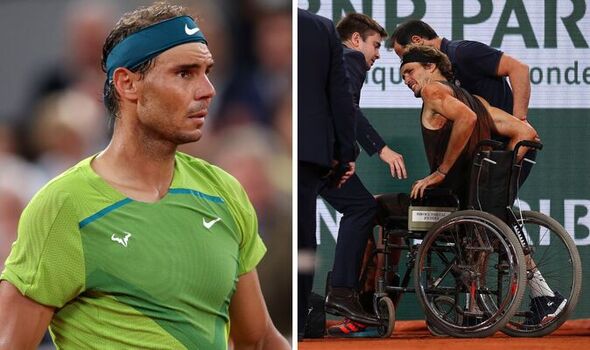 Novak Djokovic’s coach has claimed that Alexander Zverev was playing “better” than Rafael Nadal in the French Open semi-final before the German was forced to retire after picking up a horror injury. Nadal defeated Djokovic to set up a semi-final clash with Zverev but the world No 3 retired with the Spaniard leading 7-6(8) 6-6 after injuring his ankle.

Djokovic’s coach has spoken for the first time since the world No 1 crashed out of the French Open to Nadal in the quarter-final. And he claimed that the Spaniard was able to win matches even when he wasn’t the better player as the “king” and “owner” of Court Philippe-Chatrier.

“If you look at the semi-final – Zverev was the better player, he probably should have been two sets to love up, but at the moment when that horrible injury occurred, he had not won the first or the second set,” Ivanisevic told Tennis Majors. The 25-year-old led by a break in the first set before it was taken to a tiebreak and led the breaker 6-2 before losing it 10-8.

He then served for the second set but was broken back in what was the eighth break of the set and Nadal forced another tiebreak but Zverev injured his ankle and could be heard crying out in pain. He was then taken off the court in a wheelchair and re-emerged on crutches to retire after three hours of play.

And Djokovic’s coach believes the lead Nadal held over Zverev is an example of the Spaniard’s dominance at the tournament where he is a 13-time champion – something he also saw when his own charge suffered a 6-2 4-6 6-2 7-6(4) defeat. “I have read many comments and analyses emphasising Rafa’s offence with a forehand down the line,” Ivanisevic said days after the quarter-final.

“That is correct, but Novak’s backhand crosscourt was not as deep and penetrative as it usually is – a lot of the times, the ball landed in the middle of the court or in an ideal spot for Rafa to attack. Once Novak started using his backhand down the line more, the momentum in the second set changed, and then his crosscourt backhand became stronger as well.

“Rafa used what Novak gave to him – he is the king and an owner of this court, and he does not allow you to have lapses, you pay for them immediately.” Like Zverev in the semi-final, Djokovic had his own lead over Nadal in the fourth set of their last-eight clash.

Last year’s champion was 5-2 up in the fourth and had two set points but Nadal managed to save them and force a tiebreak, winning it to seal a four-set victory. And the 2001 Wimbledon champion admitted that the 36-year-old deserved to win the match after Djokovic’s dips in momentum. “Novak had too many ups and downs, while Rafa was consistent and he absolutely deserved to win that match,” Ivanisevic said. 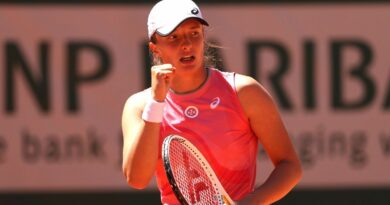 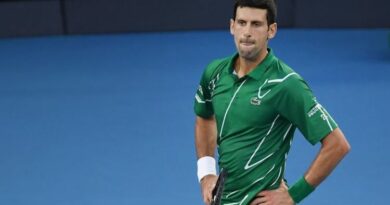